The Top 10 things to See and Do in Chapinero, Bogota 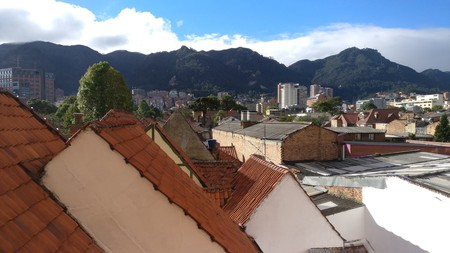 La Candelaria may be the most popular neighbourhood in Bogota with travellers, but there’s a lot more to the city than just the historical centre – Chapinero neighbourhood is a hip area, full of excellent restaurants, bars, parks, cafes, and more, and is well worth staying in for a few nights. So here the top 10 things to see and do in Chapinero.

Flavours of Bogota offer an excellent tour of some of Bogota’s best cafes in Chapinero – cafes like Amor Perfecto, Cafe Cultor, Bourbon and more all serve top-class Colombian coffee and are full of knowledge and information about Colombia’s most delicious product. The tour takes in several top cafes and you’re sure to learn loads about coffee and get a nice feel for the area. 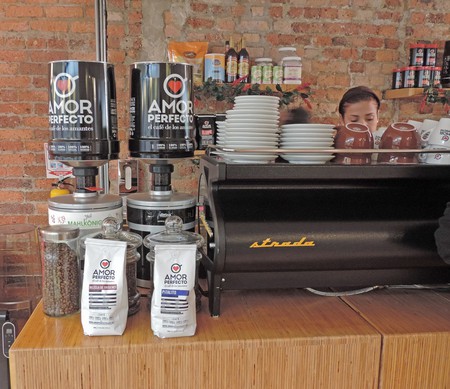 The entire eastern edge of Bogota is flanked by gorgeous, forested Andean mountains, and in Chapinero there’s a popular trail up the mountains usually frequented by residents of the neighbourhood searching for some exercise and a bit of peace and quiet – Quebrada La Vieja is a steep hike, but the views over the city are stunning. 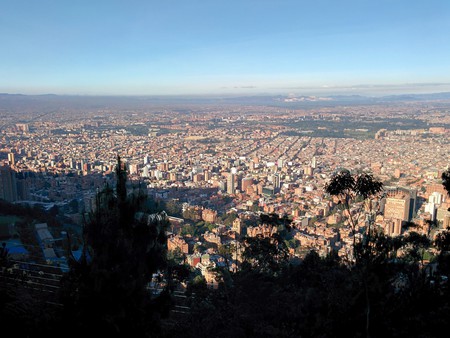 Chapinero is also home to some of the city’s top restaurants, especially clustered around the so-called Zona G part of town (the G stands for gourmet) – you can choose from traditional Colombian food, Italian, French, Arabic, and much more. For any foodie travellers, Chapinero should really be your first port of call.

The lovely park of Virrey is mostly popular with dog-walkers and joggers, but it’s also a haven for some of Bogota’s impressive birdlife, particularly during migration season between October and April. Head out to the park nice and early and prepare to spot colourful tanagers, hummingbirds, and even falcons! And even if you’re not a birder, the park is well-worth a visit anyway. 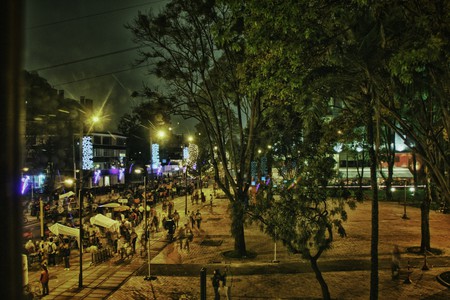 Bogota’s Zona T district is famous as the party district in the city and is home to numerous nightclubs and bars, as well as a young, cool crowd on weekends. If you find yourself in Bogota on a Friday or Saturday night then you could do a lot worse than head to the Zona T for some beers and a dance.

Our Lady of Lourdes Church

This stunning gothic sandstone church sits on Lourdes Square in the heart of Chapinero and was recently refurbished and cleaned at considerable expense – it’s easy to why: it’s one of the city’s most beautiful churches and a real hidden architectural gem that many visitors don’t see. 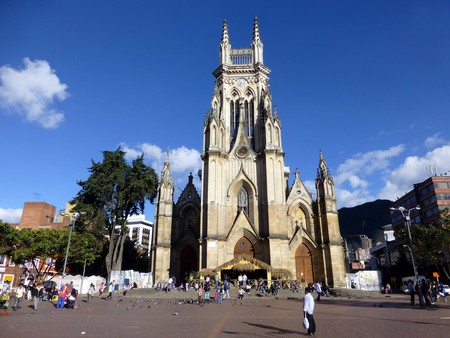 Chapinero is also the home of some of Bogota’s best craft beer pubs and breweries, so if you’re into artisan lagers and ales then make sure to seek some of them out. Tierra Santa, El Mono Bandido, Cerveceria Gigante, and more are all located in the neighbourhood, or you could simply take the Bogota Craft Beer Tour to visit them all in one go.

This upmarket square on 93rd Street is famous as a hangout for the rich and glamorous set in Bogota, and while it may seem a tad fancy at times, it’s a lovely spot to while away the hours on a sunny day in Bogota. With regular events held in the square, including fashion and design expos and concerts, Parque 93 is well worth a few hours of your time. 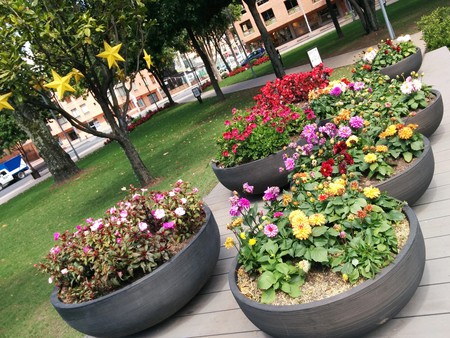 Bogota is a real theatre city (in fact, it hosts South America’s largest theatre festival), and one of the best places to see some live theatre is the Teatro Libre in Chapinero. With regular performances of plays by both iconic international playwrights and Colombian authors, if you enjoy a night out at the theatre then don’t miss this.

Chapinero is also famous as Bogota’s gay district, and there are a wealth of excellent bars and clubs to enjoy in the neighbourhood. The biggest and best, though, is Theatron, a giant former theatre with space for literally thousands of revellers in more than a dozen different themed rooms! If you have one night out in Bogota, whether you’re gay or not, make sure it’s in Theatron: you’ll have the time of your life!