This Surprising Location Was Recently Named the Ultimate Foodie Location 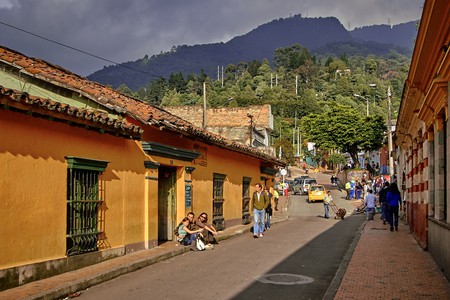 When you think of foodie travel destinations, certain cities probably spring to mind – Paris, London, New York, Tokyo – but one city that most people don’t consider is the Colombian capital city of Bogotá. However, Bogotá’s food scene is undergoing a renaissance at the moment, and it may just be the next great culinary destination.

Recently, The Independent declared that Bogotá was ‘the best place for a foodie to visit,’ in an article that may have come as a shock to people who think that Colombian cuisine consists of nothing more than arepas and empanadas! There’s a lot more going on in the Colombian capital’s food scene than many people realise, and The Independent was right on the money in declaring Bogotá to be one of the planet’s hottest foodie spots right now.

Bogotá also recently hosted the fifth edition of the Latin America’s Best Restaurant awards ceremony, a clear stamp of approval for the foodie ambitions of this often overlooked city. What’s more, several Bogotá restaurants and chefs were recognised on the night: both Harry Sasson and Leo made the top 20 for best Latin American restaurants, and Villanos en Bermudas was also in the Top 50.

Leo is particularly worth singling out. Owned and operated by Leo Espinosa, winner of the Best Female Chef in Latin America and the Basque Culinary World Prize, the restaurant is a hub of culinary innovation, drawing on unique Colombian ingredients including caiman, leafcutter ants and unique jungle fruits, and elevating them to a whole new level of flavour and class. Leo’s 12-course tasting menu is pricey by Colombian standards, but at less than US$50, for international foodies, it’s a steal.

Criterion and its chef Jorge Rausch should also have foodies everywhere licking their lips in anticipation. As the flagship restaurant of the famous Rausch Brothers, it’s a French-influenced restaurant serving some of the finest quality gourmet food anywhere in Latin America. The Rausch brothers have been at the forefront of Bogotá’s culinary revival over the past few years, and are celebrities in their home country (Jorge Rausch was even a judge on Colombian Masterchef). 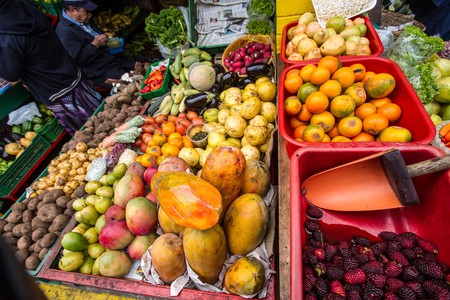 Bogotá’s markets are home to some remarkable produce | © CucombreLibre / Flickr

For anyone without the budget to dine at such standout restaurants, there are many excellent alternatives serving delicious dishes at more affordable prices. Highlights from this long list include Abasto, Misia (another Leo Espinosa restaurant), Andres Carne de Res and El Chato. There are also some excellent restaurants such as El Cielo, which operates a foundation where former soldiers and guerrillas train together as chefs and then work side by side. Bogotá’s food scene is not only an exciting new alternative for world-travelling foodies; it is also doing something positive for the Colombian community.

While it may be some time before Bogotá challenges the likes of Paris, London, New York and Tokyo in the global culinary sphere, the Colombian capital is certainly a city on the rise when it comes to food and top-quality restaurants. As the city, and the country as a whole, emerge from the shadows of a bloody, decades-long civil war, there are high hopes that it can finally take its place alongside other great global cities and show the world what it has to offer. And, as newspapers such as The Independent and The Guardian are starting to realise, one of those things is world-class food.