This Colombian Band Is Using Recycled Instruments to Spread Peace 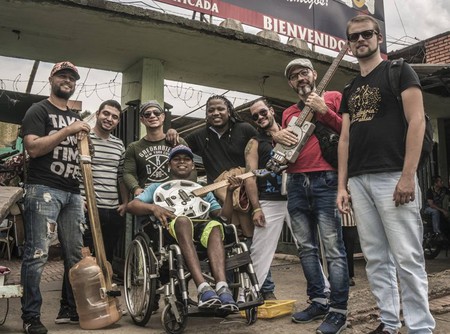 A music group in Colombia has dedicated itself to promoting environmental consciousness and uplifting the local youth in the troubled city of Quibdó. The musicians use instruments made from recycled materials constructed in a successful workshop that keeps kids off dangerous streets. Meet Mr. Klaje, the musical project spreading peace in Colombia.

A group of friends formed the group Mr. Klaje while studying music at the Institute of Popular Culture in Santiago de Cali in 2010. Faced with a lack of instruments, they began using recycled trash cans as drums. This sparked the idea to integrate music with environmental projects and encourage reuse of discarded trash. The band’s ability to turn a negative situation into a positive became the foundation of their musical projects and social work. 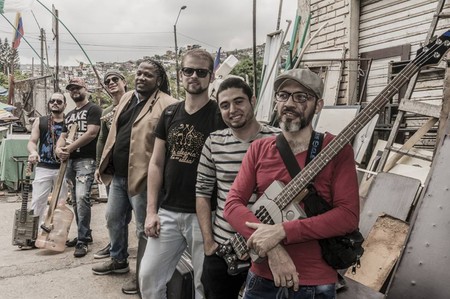 Juan Manuel Gomez is the project coordinator, singer, and guitarist of Mr. Klaje, who reflects on the beauty of those early experiences. “It’s never impossible to do what you want to do,” he explains, “and a lack of resources is only an opportunity to be creative and transform a discouraging outlook into a sustainable project.”

Together, the band conceived a workshop that offers classes showing how to create instruments from recycled materials, such as old buckets and scrap metal. It then uses music and art to bring young people from different neighborhoods together, uplift and inspire them, and promote reconciliation and unity. 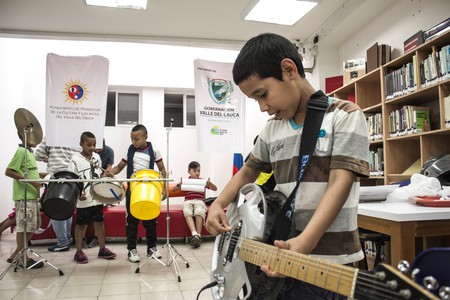 The band took their music workshop and their powerful message of “resistance and responsibility” and looked to the poor neighborhoods in their native Cali. They settled on Quibdó, the capital of the isolated Pacific jungle region of Chocó, which was heavily impacted by violence both before, and in the wake of, the peace process.

Quibdó, as with other more isolated Colombian cities, has suffered from the vacuum created in the wake of the Colombian peace process. When the treaty disarmed the FARC (Fuerzas Armadas Revolucionarias de Colombia) guerrillas at the end of 2016, armed gangs swiftly moved in to fill the space left behind. In September 2017, city authorities negotiated a fragile ceasefire with these gang leaders in exchange for increased access to education and work. Unfortunately, the agreement fell apart a few months ago, as gang leaders were jailed and warring neighborhoods once again fell into violence. 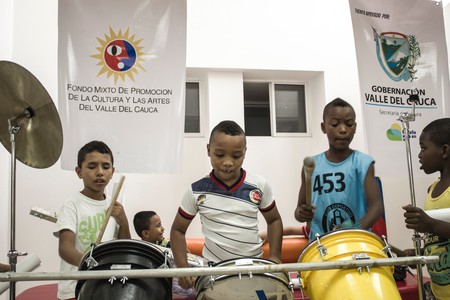 At this point, Mr. Klaje entered the picture, holding their week-long workshop in Quibdó in late April. The band brought music, art, and their strong message of reconciliation to the city in an attempt to prevent young people from joining gangs and offer them a vision of an alternative future. In a city like Quibdó, with few community centers and much gang pressure, community engagement can have a vital impact on kids otherwise potentially headed down a path of violence. Gomez believes their work is “vital to transforming imaginations, bad practices, and violent conduct” in post-conflict Colombia, and will help communities move “little by little towards a more integrated idea of peace and social equality.”

The week-long workshop, known in Quibdó as Las 3Rs de la Paz (The Three Rs of Peace), ended in a joyous parade through the city streets, as young people from different neighborhoods came to together to play music, sing songs, and unite in opposition to violence.

Mr. Klaje’s own music is an intoxicating mix of rap, funk, rock, salsa, reggae, and many other unique Colombian musical genres. The band characterizes themselves as “Chatarra Groove,” and explore new sounds with their unique instruments and their genre fluidity.

Mr. Klaje’s workshop is an ongoing project that has received numerous investments, both public and private, national and international. The project was achieved in collaboration with the School of GeoSciences at Edinburgh University and the Fundación Casa Tres Patios in Medellin. Mr. Klaje’s next goal is to expand these workshops throughout Colombia and then, the rest of the world.

Gomez believes their concerns aren’t exclusive to Colombia, but are relevant globally. He says, “it’s important to understand that we share the same problems throughout the world,” and that “the musical and pedagogical proposals of Mr. Klaje are universal, and not restricted by race, age or gender.” He argues that the group’s message and projects can “allow for collective reflections that can transform the world.”