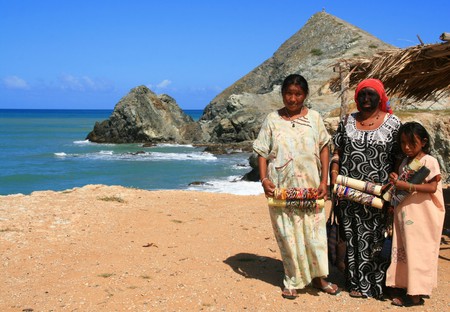 La Guajira is Colombia’s most northerly region: a vast and wild desert on the Caribbean coast bordering Venezuela, populated by Colombia’s largest indigenous group, the Wayuu. It is a desperately poor and deprived place, and the Wayuu live hard lives, but tourism is providing some much-needed income, and it is increasingly popular as a backpacker destination. So here’s our ultimate guide for visiting La Guajira.

What to see and do in La Guajira

La Guajira is a vast region, but much of it is barely accessible and very isolated, with tourism focused on a few specific areas. The most popular place to visit is the small coastal village of Cabo de la Vela. Cabo is where the majority of travelers head first. There’s not much to actually do when you’re in Cabo, but the beaches and sunsets here are some of the best in Colombia. Most travelers hire a mototaxi for a loop that includes the wild beaches of Playa del Pilon and Ojo de Agua (although El Pilon is by far the more beautiful of the two), the sacred hill of Pilon de Azucar (which you can climb for breathtaking views over the desert) and El Faro lighthouse – the best spot in town for sunset. 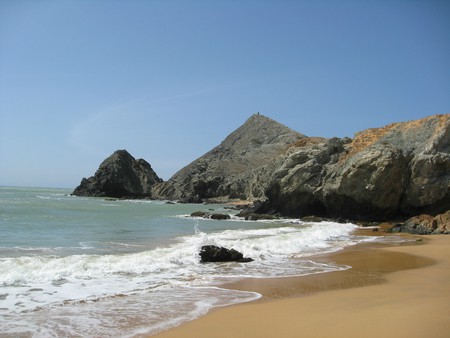 The other major attraction of visiting Cabo de la Vela is to practice kitesurfing in one of the best kitesurfing spots in the world. The calm waters and daily winds make the bay in front of the town the perfect place to learn or practice, and there are two kitesurf schools/hostels located in the town. You can either sign up for an immersive course or simply take a lesson.

A smaller number of travelers choose to continue north from Cabo to Punta Gallinas, the most northerly point in South America, It’s a long trip by jeep or boat (aim for the jeep as the boat ride can be quite hairy, to say the least!) but it’s worth it for the wild landscapes and sense of total isolation, plus the relative lack of other tourists. 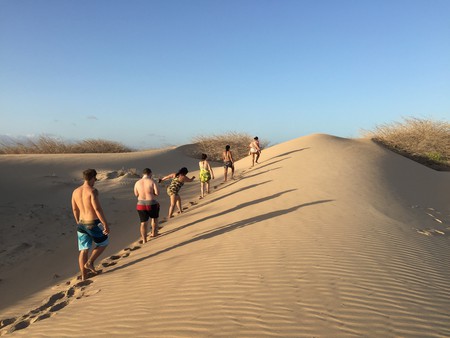 Most visitors to Punta Gallinas opt to take a jeep tour from the only hostel in town (Hosepedaje Alejandria, where all Punta Gallinas tours will take you to stay) – this trip leads you to the lighthouse that marks the most northerly point, the spectacular Taroa Dunes (where you can roll down giant sand dunes into the Caribbean waters) and a viewpoint over the turquoise waters of Bahia Hondita. It’s then fantastic to hike to a nearby beach to enjoy the sunset before falling asleep in your hammock to the sound of the wind.

Wildlife lovers will want to take a detour on the way up to Cabo to the small village of Camarones, alongside the Protected Natural Area of Los Flamencos – a bird sanctuary which, as well as being home to many endemic species of bird, is also famous for its large population of American flamingos. You can take a small wooden canoe – powered only by a sail so as to avoid disturbing the birds – out to see the flocks of surreal pink birds before enjoying a seafood lunch on the beach. 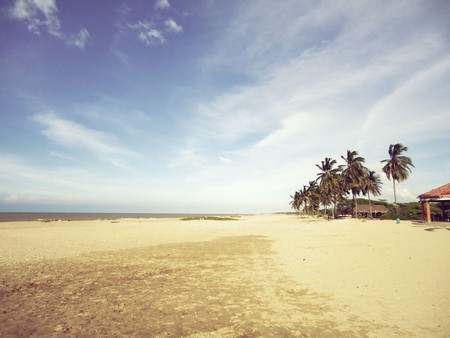 How to get to La Guajira

Traveling in La Guajira can be tricky at times due to the huge distances involved and the poor roads in the region. The capital of the region is Riohacha, and this city is easy to get to from Santa Marta, Tayrona, or Palomino – simply get a four-hour bus from the Santa Marta terminal, or flag down an eastbound bus on the road from the latter two spots. From Riohacha to Cabo de la Vela is a little more complicated: you will need to take a shared taxi to Uribia (about an hour and a half and 10.000 COP), then switch to a jeep for Cabo. These can take a while to fill up with people and goods before they leave and get very packed, so be patient. This trip takes another hour and a half before arriving in Cabo. No trucks make this trip after mid-afternoon, so it’s a good idea to start early.

Getting to Punta Gallinas is not exactly cheap, but it’s quite easy these days. Simply book a tour in Cabo: it costs around 150.000 COP for a round-trip jeep (about three hours) and the price includes a tour at Punta Gallinas. 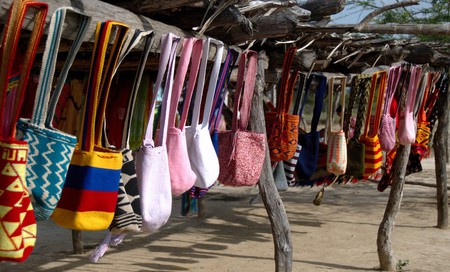 La Guajira is a very poor region and services aren’t exactly top quality for tourism. Showers are generally taken from a bucket of cold water, and the food is very limited: fish and goat are generally the main items on any menu. The region is also extremely poor so remember that when you haggle over trips and items – that beautiful Wayuu bag might be the height of fashion, but the woman who made it likely needs the money a lot more than you, so be sensitive to that before you haggle. The area is also very hot and dry, so drink plenty of water and pack a hat and lots of sunscreen.