The Ultimate Foodie Tour of Bogotá 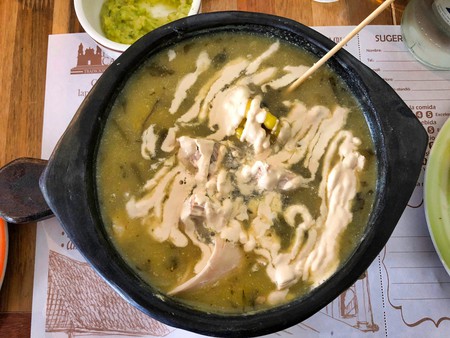 Colombia’s capital city, Bogotá, is fast becoming a hot new spot for foodie travellers, as people wake up to the city’s beguiling mix of interesting restaurants, local cuisine and wonderful traditional food markets. For hardcore foodies who want to make the most of their time in Colombia’s culinary capital, here’s the ultimate foodie tour.

You can start off your Bogotá foodie tour with a classic breakfast experience at La Puerta Falsa, Bogotá’s oldest restaurant and a foodie reference point in the city for well over a century. Head to this tiny spot just off the Plaza Bolivar and order one of Bogotá’s classic (and most confusing) dishes: hot chocolate and cheese. This typical local snack has been helping Bogotanos to warm themselves against the Andean chill of their city for decades, and no foodie trip to Bogotá is complete without it. It’s also surprisingly delicious! 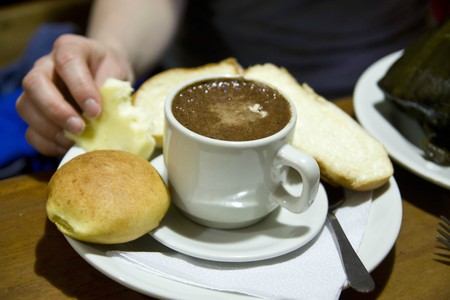 Then it’s off to the Paloquemao, Bogotá’s biggest and busiest food market, for some exploring and brunch. The market is huge, and can seem intimidating at first glance, but just relax and wander around and you’ll soon feel right at home. Make your way to the fruit stalls and sample some of the myriad exotic fruits, many of which you’ve probably never heard of before: lulo, guanabana, maracuya, mangosteen… the list goes on and on.

Make sure you leave some room for some fresh, cheesy arepas. By the time you get to lunchtime (and there’s easily enough to see at the market to keep you there that long) you can grab a fresh tamal at Dona Rosalba’s stall; this typical pork dish from Tolima region is a Colombian culinary classic. 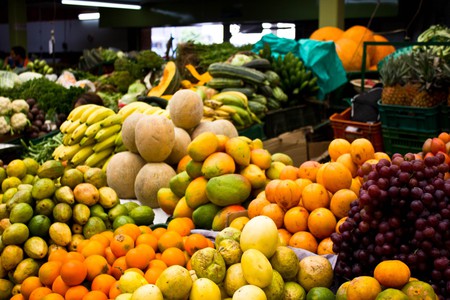 After lunch, grab a taxi back to La Candelaria neighbourhood. By now you will be quite full up on food, so it’s time to enjoy some of Colombia’s best drinks. Head to Calle del Embudo, alongside Chorro de Quevedo Square, where you can sample the best chicha (a traditional fermented maize-based drink) in the city, as well as enjoying a steaming hot cup of coca tea. Make sure to swing by Contraste Coffee Lab, where you can enjoy a tasting session of some of the best locally grown coffee in town.

For your evening meal, it’s time to go a bit more upmarket. Book a table at one of the city’s high-end restaurants to enjoy a gastronomic experience like no other (and quite distinct from the more traditional dishes you’ve enjoyed all day). The top recommendation would have to be Leo Cocina y Cava. Leo Espinoso, the restaurant’s chef and owner, was voted Best Female Chef in Latin America last year, and her tasting menu is a masterful culinary journey through Colombia’s regions. Other top choices would be El Cielo, Bistronomy or, if you don’t quite have the budget for those, Salvo Patria, Ocio or Misia. 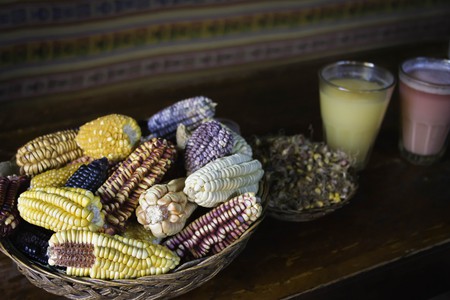 By the time your foodie day in Bogotá is done, you will have enjoyed a real cross-section of the city’s up-and-coming food scene, by eating at restaurants as traditional and diverse as La Puerta Falsa and Leo, and by spending time at Paloquemao and El Chorro, you will have experienced distinct sides of the capital’s cuisine, and can really say you’ve had the ultimate Bogotá foodie experience!