The Top 10 Things to See and Do in Santa Marta, Colombia

As Colombia’s premier beach destination, there are plenty of fun things to keep a traveler busy in Santa Marta. Most come to spend time by the sea, taking advantage of the numerous pristine nearby beaches that prove all too tempting during the sweltering summer months. Nevertheless, there are ample other attractions in this attractive colonial city. Here are our picks.

Park
Tayrona national park in Colombia | © Olga Kot Photo / Shutterstock
After a truly pristine beach break? Then head out of the city to the stunning Tayrona National Park. Here, lush jungle scenery edges right up to the white sandy beaches and turquoise water for which the park is famed. Set alongside the Carribean Sea, these are some of the best beaches in all of South America.
More Info
Open In Google Maps
Magdalena, Colombia
+5713532400
Visit website

Trek to the Lost City

Known as Ciudad Perdida by the locals, this remarkable indigenous citadel pre-dates the Inca and is a spectacular sight to behold among such exotic jungle terrain. Not for the faint of heart, a visit to the archeological site requires a grueling four to five-day trek through unforgiving terrain. 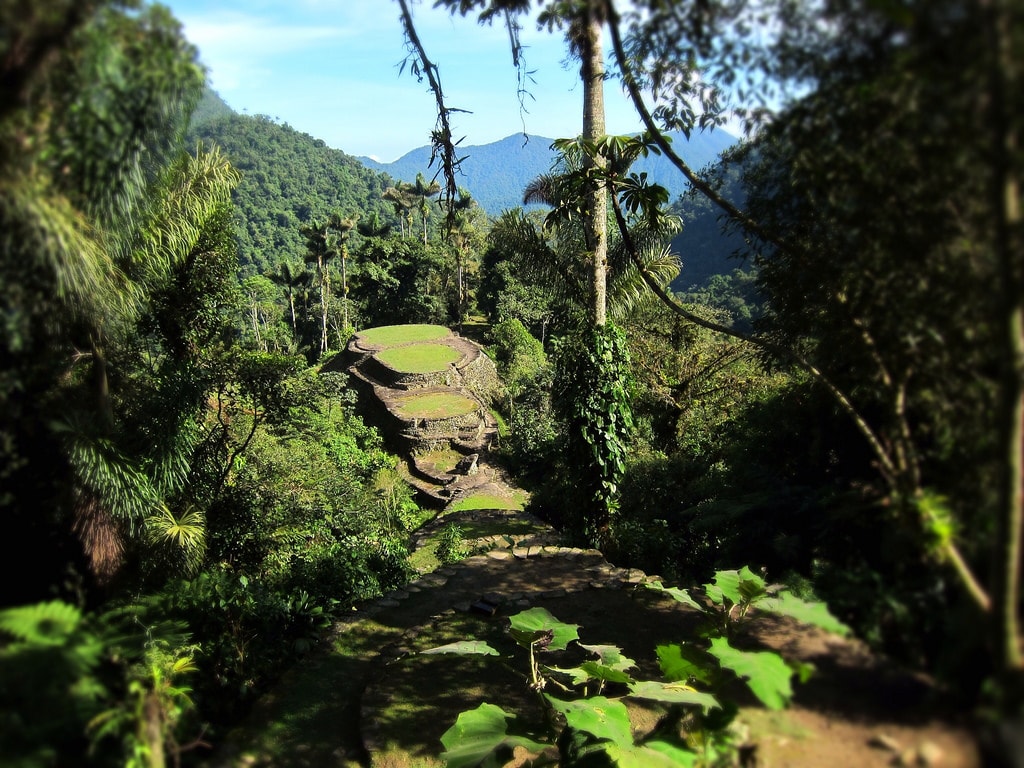 Just north of town is Taganga, a tiny fishing village on the border with Tayrona National Park. Some come for its laidback small-town vibe, while others stick around to learn how to scuba dive on one of the most cost-effective PADI courses in the continent. 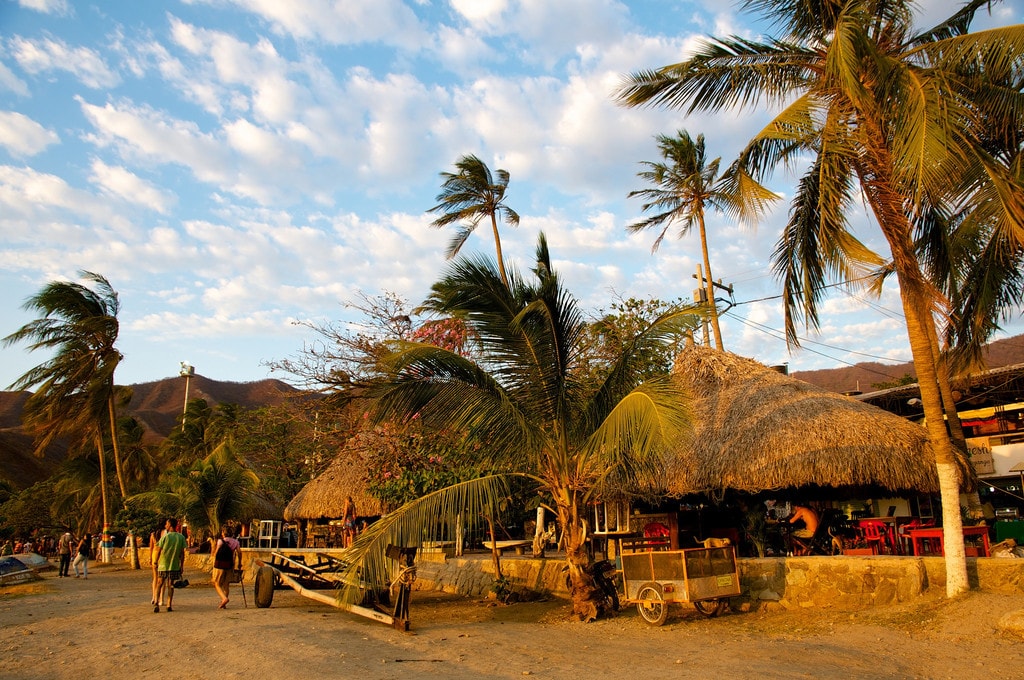 Catch some rays on Playa Blanca

Just after a nice nearby beach to pull up a towel? Then jump on a ferry and head to the beautiful Playa Blanca. Situated on the other side of a headland just a short trip from the city, this pristine stretch of sand is lined by a number of basic local restaurants yet still manages to feel miles away from the big city. 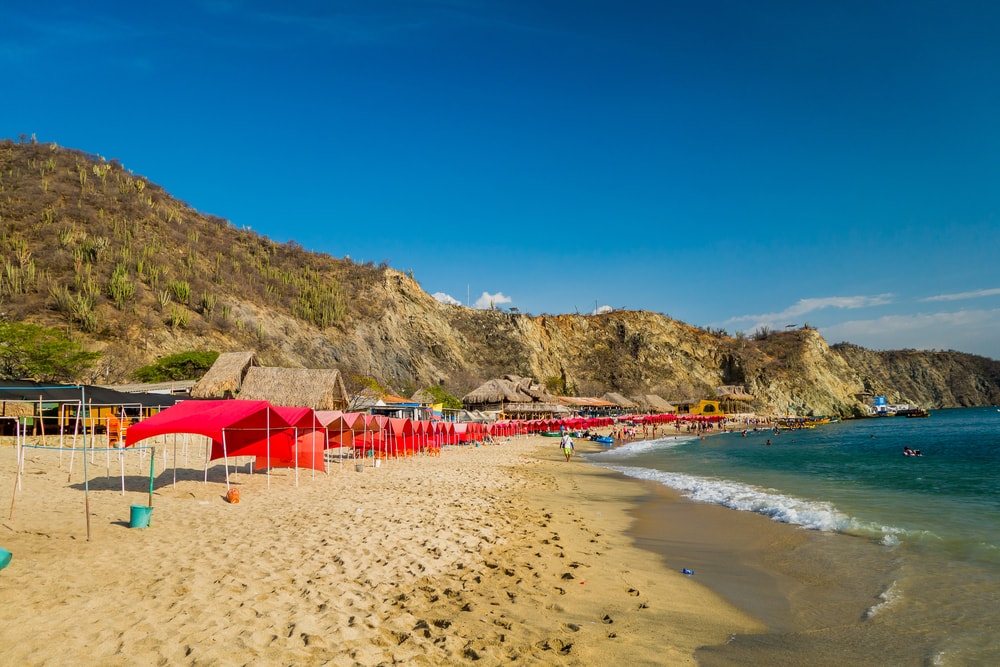 To learn a little history in your visit to Santa Marta, be sure to include a stop at the impressive Museo del Oro (Gold Museum). Pottery and gold jewelry from the region’s indigenous and colonial past are the name of the game here, all housed in a grand building known locally as Customs House. 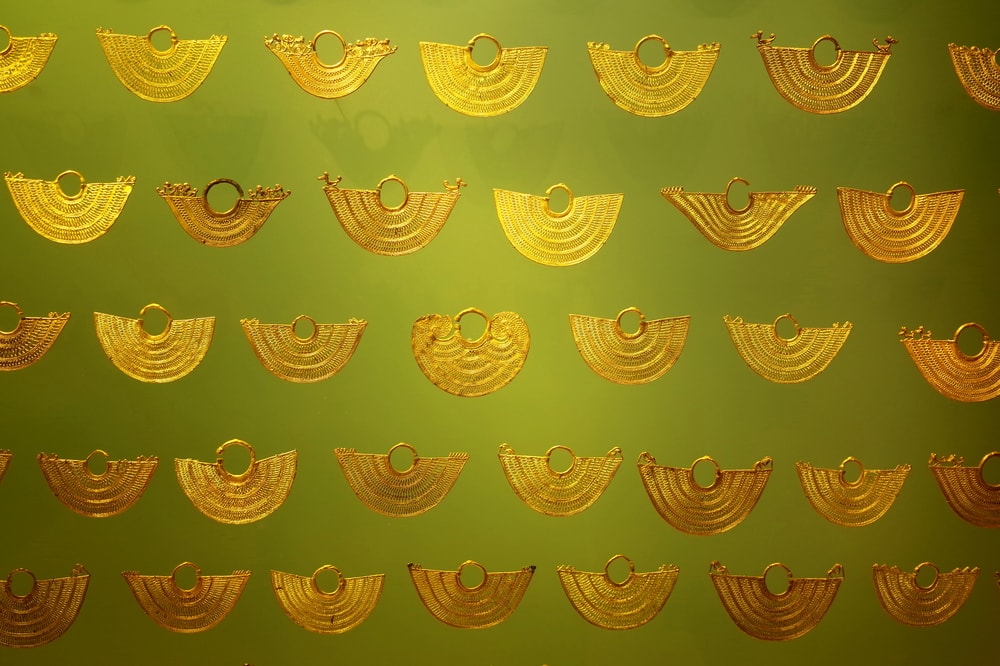 Roughly translating to “country estate” in English, this beautiful Quinta is where revolutionary hero Simon Bolivar lived out his final days. The stunning colonial-era estate currently serves as a monument to the liberator of South America, featuring all the pomp and grandeur you would expect to honor such an important historical figure. 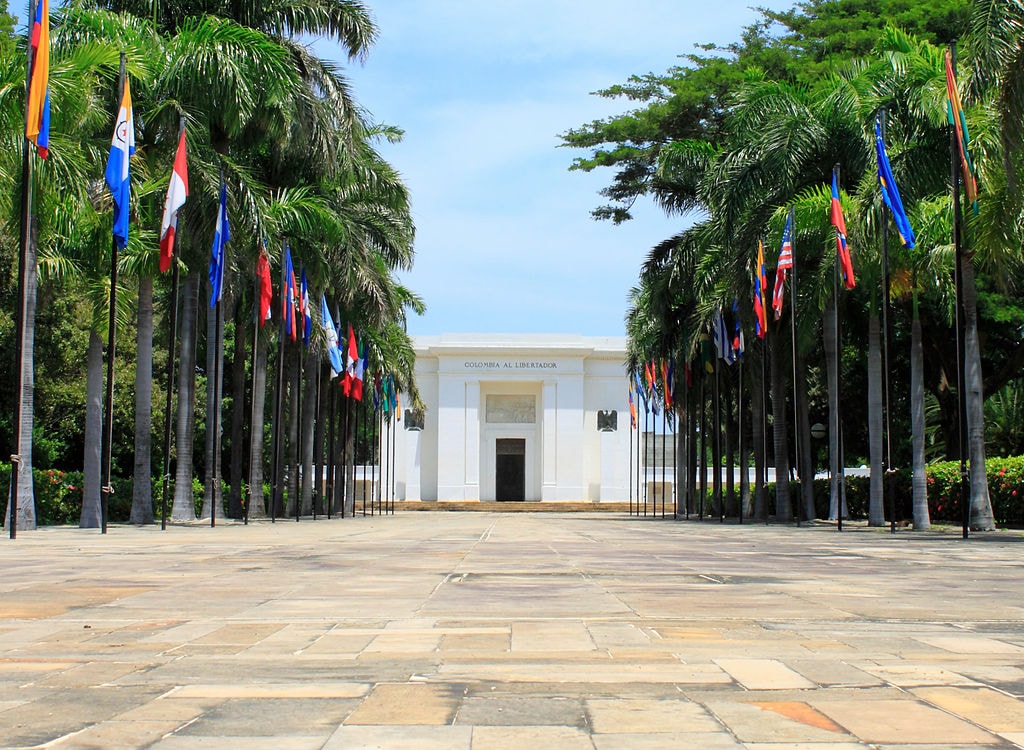 Party by the beach

The southern suburb of El Rodadero really heats up during the summer months and long weekends when scores of Colombians from all over the country come to chill by the beach during the day and drink and dance ’til they drop at night. Live musicians and beach bars are the primary nighttime entertainment in this electric neighborhood. 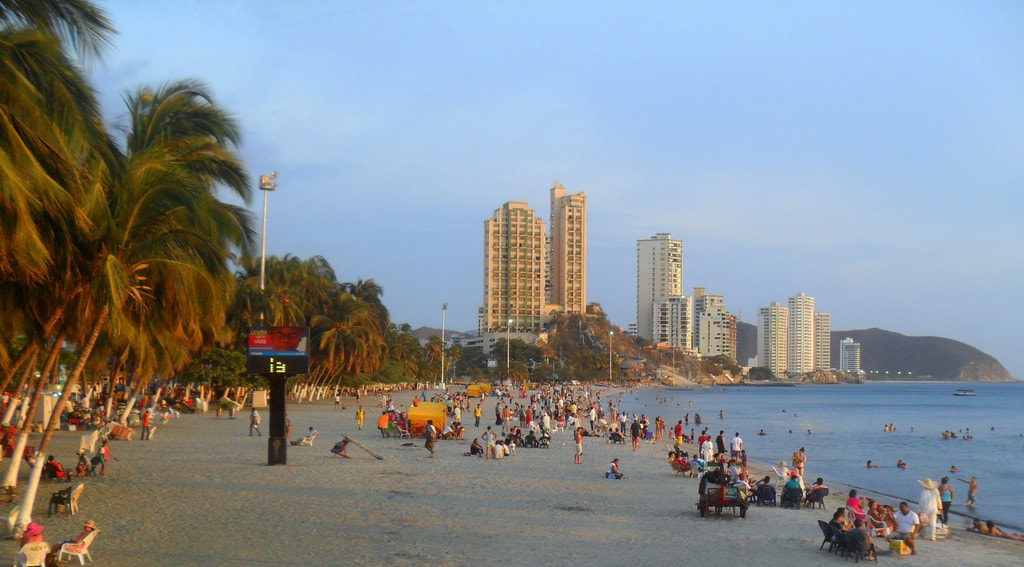 Stacks of happening restaurants and bars encircle this leafy central plaza, making it the perfect place to while away the afternoon and get a taste of local life. Furthermore, it’s the ideal location to start exploring this charming colonial city. 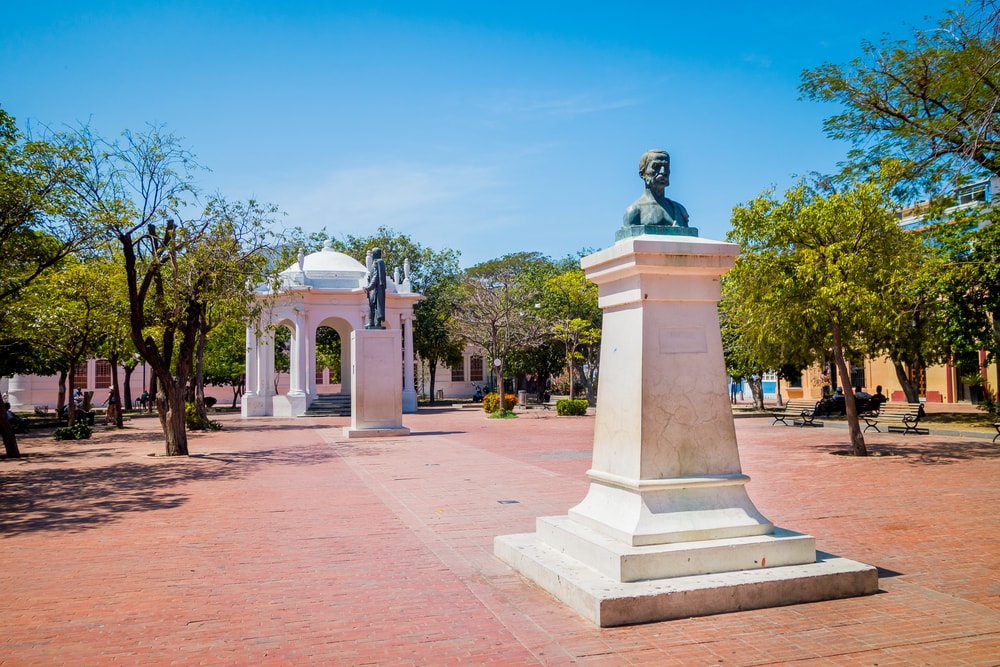 Get close to nature in Minca

Organic coffee farms, jungle hikes and refreshing waterfalls are all par for the course in the picturesque town of Minca, just an hour’s drive from central Santa Marta. Go for the day or stay overnight to really get to know this beautiful section of the Sierra Nevada mountain range. 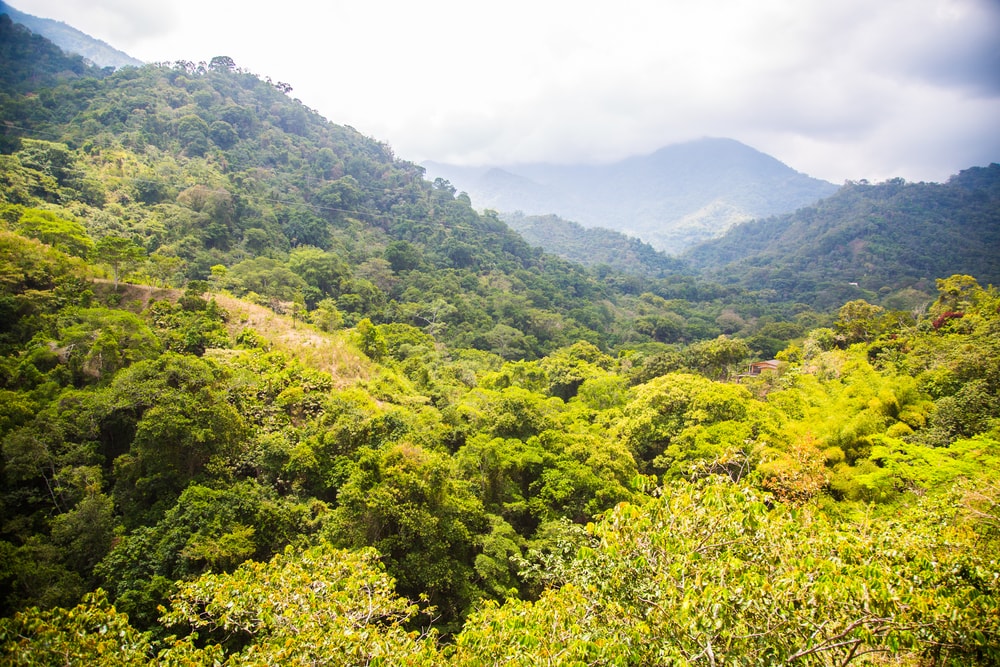 Ceviche, fresh fruit, and lobster are all widely available in Santa Marta’s ubiquitous street stalls which offer delectable cuisine for pennies on the dollar. Head to the ocean promenade known as Avenida Bastidas for an unbeatable outdoor dining experience with uninterrupted ocean views.