The Story Behind Queso de Capa: Colombia's Most Sought-After Cheese 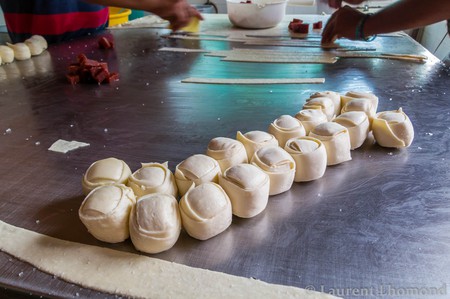 In a magical town full of secrets, the one that is guarded most passionately is the art of making queso de capa, a mozzarella-like cheese made entirely from cow’s milk. Produced only by a handful of families in the remote riverside spot of Santa Cruz de Mompox, this layered cheese is a must-try for visitors to Colombia.

So named because of the many layers (capas) that make up the small parcels, queso de capa follows a similar preparation process to mozzarella. However, the big difference is that the curd is cooked for around 20 minutes in order to give it a stretchy, bread dough-like consistency. Once the cheese reaches this perfect texture, it’s laid out on a flat surface in strips, where it can be cut, rolled up into layered squares and wrapped in plastic to sell on the streets of Mompox. Some are sold as they are, and others are generously stuffed with ‘bocadillo‘; a sweet guava jam.

Either way, every piece of cheese is always lovingly prepared by hand (without a single piece of modern machinery in sight) with only three simple ingredients: fresh cow’s milk, curd and salt. Below you’ll be able to see the artisans preparing the cheese moments before they’re filled with cubes of bocadillo.

The story behind where and how queso de capa came to be is a little disputed; each family, no doubt, will have their own version of how this sensational cheese was passed down from generation to generation. However, there’s a story that says – as revealed in Colombian magazine Las Dos Orillas in 2014 by Doña Julia, one of the oldest cheesemakers in Mompox – that back in the 1940s a jeweller named Bernardo Martinez Pereira brought with him to Mompox a smooth, goat’s milk snack from Cali. Doña Julia liked it so much, that she vowed to recreate it; but with cow’s milk instead (as it was more readily available in the region). 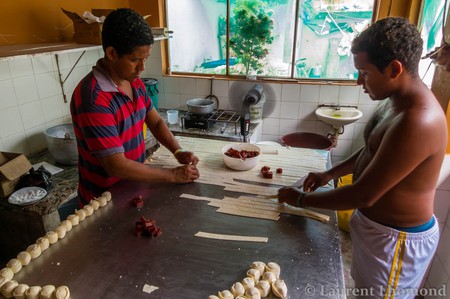 Today, there are around 20 local families who sell queso de capa commercially. However, with the aim of maintaining that great artisanal, unique taste (and in true laid-back Mompox-style), the commercialisation of the cheese – almost 70 years on – is still relatively small-scale. It’s for this reason that these little parcels are so sought-after in the rest of the country; queso de capa outside of Mompox is really hard to come by. 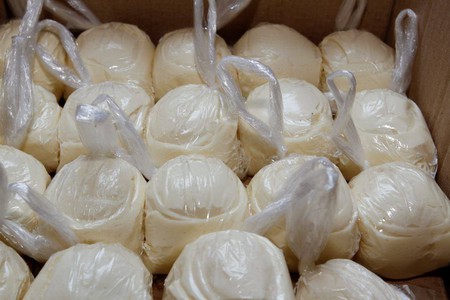 The beauty of being in Mompox is that the delicious queso de capa is everywhere; you’ll see several cheese sellers cycling or walking around the town with wooden boxes filled with the stuff. If you can’t wait for the sellers to make their rounds, head to Santo Domingo Square, La Albarrada, Plaza de la Inmaculada or Calle del Medio; there’s bound to be someone selling the cheese in one of these busy street food hotspots. 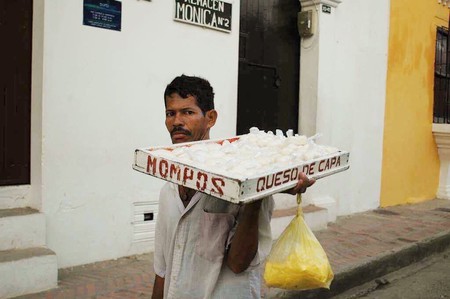