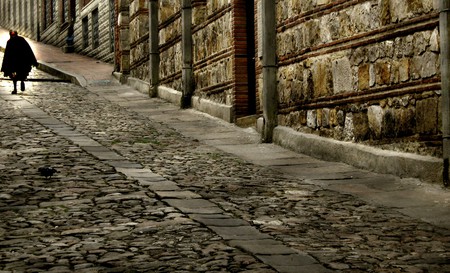 La Candelaria is the oldest neighbourhood in Bogota and has seen its fair share of grisly and gruesome events over the years; consequently, there are loads of good ghost stories in the area. There are so many, in fact, that this small neighbourhood must be one of the most haunted in South America. Here’s the story of the ghosts of La Candelaria and where you can find them if you care to look.

Perhaps the most haunted part of La Candelaria is the little square where historians believe the city was founded back in 1538: Chorro de Quevedo Square. Supposedly, the ghost of a Spanish marshall named Jesus Torrado roams the square at night. The story goes that following the Battle of Boyaca during the Spanish American Wars of Independence, Torrado stole goods from armed patriots, who then killed him. 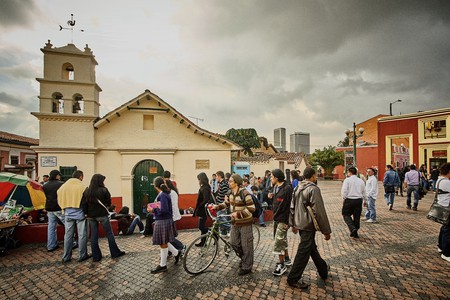 On the same square is a pretty little church called the Ermita de San Miguel del Príncipe – the spirit of a soldier clad in armour, holding a sword, is said to regularly emanate from this church and patrol the square, before returning. Legend has it that the ghost is either the bastard son of the founder of Bogota, Gonzalo Jimenez de Quesada – killed there in a duel with his uncle over the family gold – or just a regular duelling Spanish soldier. Either way, keep an eye out on Chorro de Quevedo at night.

There are also several different historical houses in La Candelaria that are commonly said to be frequented by various ghosts. For example, the José Caicedo Rojas House isn’t haunted by its namesake but rather by a mischevious goblin named Baltazar, leading to its popular name: The Goblin’s Mansion. Baltazar is meant to be the spirit of an illegitimate child who was drowned in the house by his mother. Similarly, the ghost of a man, Manuelito Ferro, murdered by Mr. Raimundo Russi haunts the nearby José Raimundo Russi. His screams and the sounds of stabbing can purportedly be heard in front of the house at night, while the ghost of Russi himself haunts the nearby Plaza Bolivar. 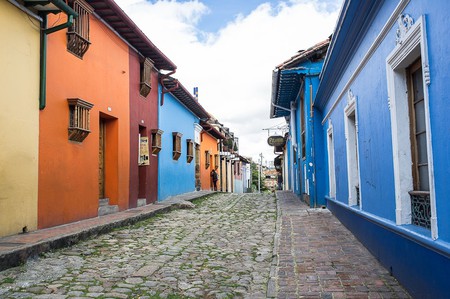 The Casa Sámano Museum is haunted by the person it was named after: Juan Sámano was once the Viceroy of New Grenada and was, according to historical records, a most loathed man who was horrendously unpleasant to all and sundry. Staff at the museum have claimed to hear the sounds of slamming doors and kicking sounds, and some people have reported that a ghost spat on them from the balcony, which was supposedly something the real Sámano was fond of doing.

The Casa de la Poesia Museum is easily one of the most fascinating museums in La Candelaria: it’s the former home of Colombia’s most beloved poet, Jose Asuncion Silva, and the site where he killed himself in 1896 by shooting himself through the heart. Many people claim that Silva still haunts the house, and there are many reports of ghostly moans and whispers coming from the property at dawn and dusk. 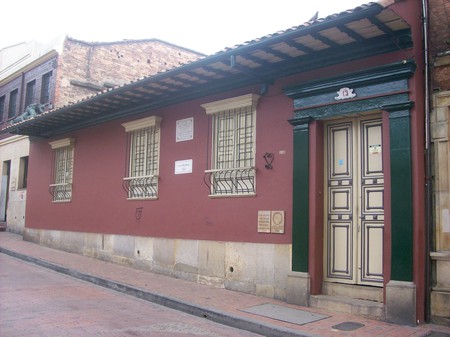 One of the more unusual ghost stories of La Candelaria is the tale of the ghost dog of the appropriately named ‘Dog Face Street’ (Calle de la Cara del Perro). The ghost of a headless black dog is said to roam this street and the surrounding ones. There’s no clear reason as to why the dog is meant to be there, but you probably wouldn’t stick around to find out anyway!

The ghosts of La Candelaria are many and varied according to local tales and folklore, and just about every historical street or building (which is just about all of them) comes with its own ghost story. There are also excellent ghost walking tours of La Candelaria that you can join when you visit Bogota so that you can learn even more about the neighbourhood’s ghosts, goblins, and ghouls. The Bogota Tourist Board runs annual Halloween Ghost Walking Tours, and AE Colombia Travel runs a weekly Tour de Fantasmas Ghost Tour every Sunday as well. You can get freaked out all year long!