The Most Unusual Experiences to Have in Bogotá 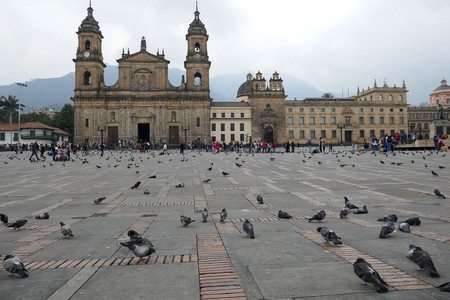 Bogotá is Colombia’s culture-filled capital city, covering a large savannah in the middle of the Andes mountain range. Located in the centre of Colombia, the capital is the hub of the country, with a thriving business sector, historic buildings and many cultural sights. There are many good reasons to come here, from the everyday to the exceptional. Here are eight of the more unusual experiences you can have in Bogotá, Colombia.

Discover over 55,000 Pieces of Pre-Colombian Gold

Located in Bogotá’s historic downtown area is the famous Gold Museum, a unique historical centre containing over 55,000 individual pieces of gold dating back centuries. The pieces of gold were all discovered in different regions of the country. Many pieces are carved or crafted into jewellery, figures or other objects, by indigenous communities. The museum also displays information on each community, which area they inhabited, and how they used the gold. The most famous piece in the museum is the raft of El Dorado, showcasing a traditional indigenous ceremony that used to take place on Lake Guatavita. The gold museum contains a large amount of gold discovered in the lake, which was thrown as offerings to the gods.

Take in the Breathtaking View from Monserrate

The Monserrate is a sacred mountain with a cathedral on it, located in Bogotá’s eastern mountains. Located at 3,152 metres (10,341 feet) above sea level and 508 metres (1,666 feet) above the city, it gives visitors spectacular views over the whole city. It can be accessed by train or cable car, or by a climbing path to the top of the mountain. From the top visitors can enjoy the city’s many landmarks and take in its enormity, as well as visiting the cathedral and discovering the beautiful gardens. 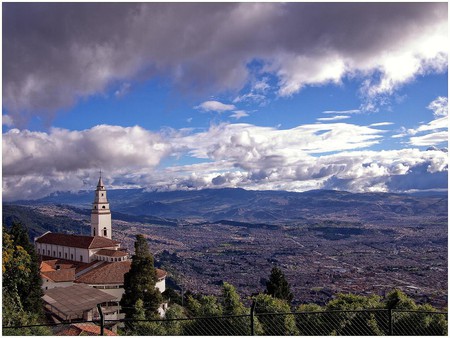 Be Transported Back in Time in La Candelaria

Bogotá’s La Candelaria neighbourhood provides an insight into historic Colombia, and the colourful buildings, cobbled streets and vast hills are breathtaking and unique. The neighbourhood contains a great deal of beautiful architecture, including the Plaza Bolivar, presidential house, government and ministry buildings. La Candelaria is the area where the city was first founded and many buildings still stand where they once did centuries ago. 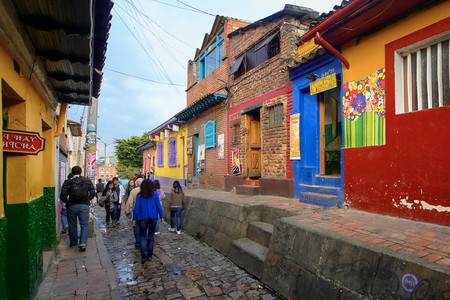 Party in One of the World’s Most Unique Restaurants

Anyone lucky enough to be in Bogotá on a Friday or Saturday night can’t miss being transported to another world at Andrés Carne de Res, known just as Andrés. Andrés is a huge restaurant sprawling across a large area (including having a road in the middle), just outside of Bogotá in Chia. This popular evening entertainment venue offers delicious traditional Colombia food plus unique cocktails and other drink options. Andrés is decorated in a unique way, with random objects hanging from the ceiling and walls and unique pieces everywhere you look. Andrés has to be seen to be believed; they have thought of everything, from transportation and hangover food, to a safe place to leave any friends who may have enjoyed a few too many of the special cocktails. 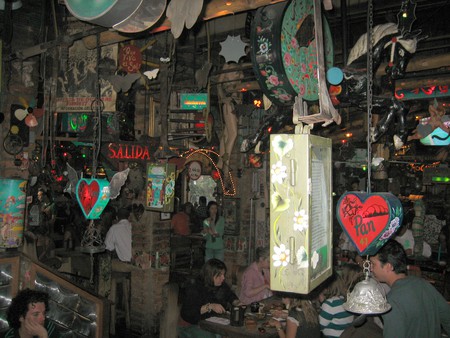 Each and every Sunday, the colonial neighbourhood of Usaquen holds a traditional market. The neighbourhood’s colonial plaza plays host to an abundance of individual and unique stalls selling artisanal handcrafted products. It provides for a unique Sunday activity, with an opportunity to walk around the neighbourhood discovering different products as well as learning about the traditional crafts of the region.

Fernando Botero is one of Colombia’s most famous artists; his unusual portrayal of extravagant figures has made him one of the most recognisable artists in the world. His paintings include the fat Mona Lisa and a fat animal statue collection. He has also portrayed many well-known Colombian figures as fat. Bogotá is home to the Botero Museum, which has a collection of 123 Botero pieces and 85 other pieces donated by Botero, including works by Picasso and Monet. Located in a historical building in Bogotá’s La Candelaria neighbourhood, the museum is a traditional Spanish-influenced building with a courtyard and a picturesque view of the Monserrate. 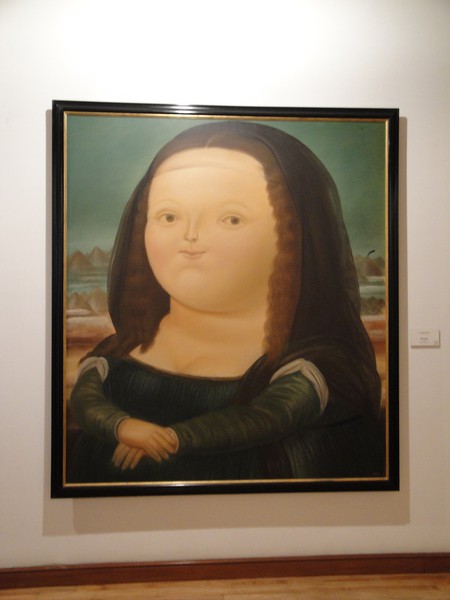 Drink Freshly Squeezed Orange (or Papaya) Juice on the Street

Colombia’s year-round consistent climate allows for the cultivation of an abundance of fresh fruit – oranges, strawberries, papaya, pineapple, bananas and many other fruits that are not found anywhere else in the world. Colombians love juices, and many have fresh fruit juice for breakfast daily. Fruits and juices are available from street vendors all day long on most streets around the city; the merchants have carts full of fresh fruits ready to be cut up or made into fresh juice right there on the street, and the prices are very reasonable.

Cycle on Closed Roads in Ciclovía

Every Sunday and on festivals the city of Bogotá closes half of its main roads to cars, allowing individuals to cycle, walk, run or skate around the city without worrying about the traffic. Between 7am and 2pm, no cars are allowed on the closed roads, which form extensive cycle routes, allowing individuals to tour most of the city safely. The event is very popular, with a large number of people participating every Sunday. On the closed roads it’s normal to find stalls selling fruits and other foods, and exercise events take place in many of the parks. Carrera 7 is one of the most popular routes, leading to the Plaza Bolivar in the south, where there are lots of stalls and street events attracting hundreds of people. 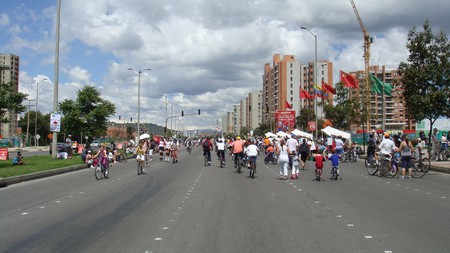