The Coolest Neighbourhoods in Cartagena, Colombia 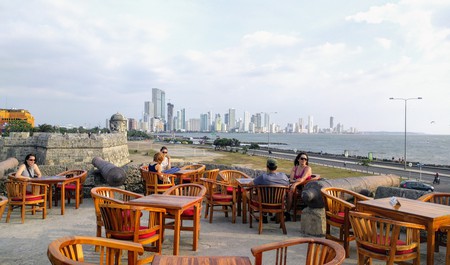 Known as ‘the Jewel of the Indies’, Cartagena is the most popular tourist city in Colombia, but there is much more to this diverse and beautiful place than simply the iconic walled city. From gritty, hipster-approved locales filled with bars and street-art to glamorous beachfront zones, Cartagena has a neighbourhood to suit all tastes. Here are the coolest areas in Colombia’s most iconic city.

Yes, it’s touristy and busy, but Centro’s perfectly preserved colonial architecture, picturesque streets, and photogenic beauty mean that it remains the ‘classic’ Cartagena neighbourhood for anyone wanting to soak up some of the city’s Caribbean charm. With more luxury and boutique hotels, restaurants, cafés and bars than it is possible to list here, Centro is the epicentre of Cartagena tourism and impossible to avoid on a visit to the city. Centro’s touristic highlights include the San Pedro Claver Church, the Palace of the Inquisition and an evening cocktail at Café del Mar to watch the Caribbean sunset. 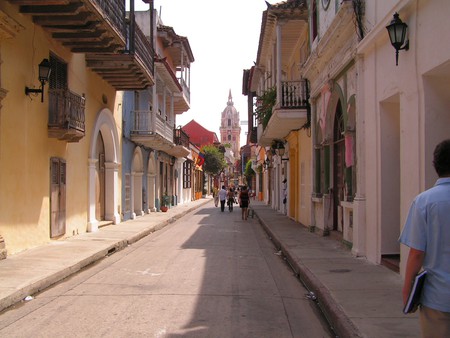 The charming streets of Centro | © OAGREDOP/Flickr

Cartagena’s burgeoning hipster neighbourhood, Getsemaní was once a haven for crime and prostitution but has turned a corner to become the area of choice for young travellers, artists and musicians. It’s still a little rough around the edges, and there are parts of it that get a bit sketchier late at night, but it’s a bustling neighbourhood full of life and Caribbean charm.

Although outside the walled city, Getsemaní still features the same beautiful colonial architecture, and an excellent street-art scene gives it an edge that Centro lacks. The bustling nerve centre of Getsemaní is Plaza Trinidad, where, every night, a mix of tourists and locals come to eat, drink, dance and enjoy the neighbourhood’s laid-back attitude. 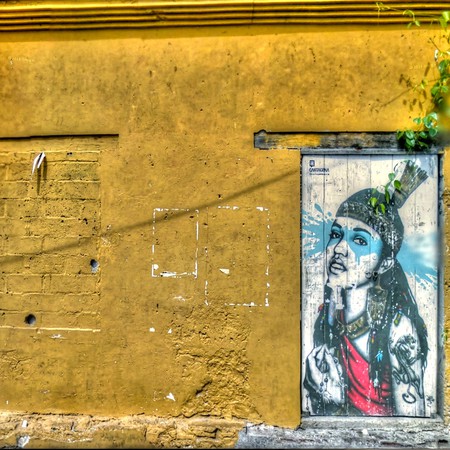 If you’ve made it to the exclusive mansions and tower blocks of Castillogrande, then you know you’ve hit the big time in Cartagena! As one of Cartagena’s smallest neighbourhoods – made up of just 16 seafront blocks connected to Bocagrande – Castillogrande is popular with wealthy Colombians and is the home of three different exclusive members’ clubs: the Club Union, Club Naval and Club Cartagena.

The beach here is much more relaxed than in Bocagrande, and Castillogrande is less designed for visitors, but the more tourist-friendly neighbourhoods are never far away. However, there are beautiful apartments here available for holiday rental, so if you’re looking for a high-class Cartagena experience, then Castillogrande could be just the ticket.

The Miami Beach of Cartagena, and the city’s main beach neighbourhood, Bocagrande has been the holiday destination of choice for Colombians since the 1960s. The long strip of beachfront and high-rise buildings, seemingly visible from throughout Cartagena, is a beacon for beachgoers, luxury holidaymakers, and the glamour set. Some of the world’s most famous hotel chains have even set up shop in Bocagrande and jostle for real estate space with casinos, bars, residential buildings and restaurants. Bocagrande may lack the authenticity or history of Centro or Getsemaní, but it makes up for it in glorious, glamourous fashion. 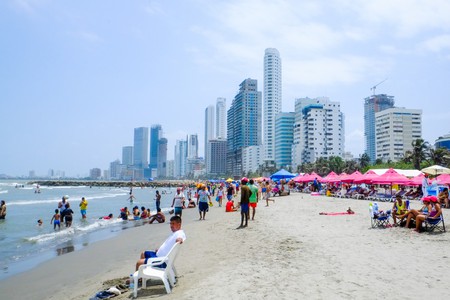 In the north-east corner of Cartagena’s walled city is San Diego; despite its location only a few blocks from the luxury hotels and bars of Centro, this neighbourhood has a more relaxed, bohemian vibe than its somewhat stuffy neighbour. The houses are less grand here, and the nearby Bellas Artes arts college gives San Diego a more casual atmosphere. Popular tourist attractions in the area include La Bovedas, a craft market built in a former jail under the city walls, and the bustling Plaza de San Diego, which contains some of the best restaurants in the city. 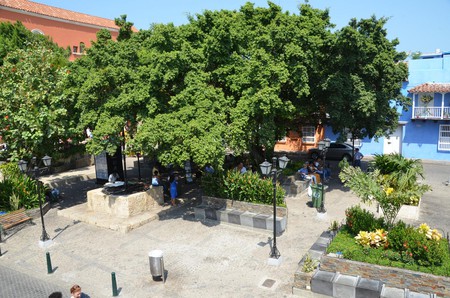 Manga is a leafy, residential neighbourhood to the south of Getsemaní, with some of Cartagena’s finest budget restaurants, as well as arguably the best seafood eatery in the city, Club de Pesca. While it lacks the glamour of Centro and the buzz of Getsemaní, it does have a more laid-back atmosphere, making it a popular spot for families or couples. In spite of a lovely promenade overlooking a beautiful bay of yachts – Manga is home to some of Cartagena’s largest yacht moorings – the tourist hordes have largely ignored this neighbourhood, making it an excellent place where you can discover a totally different side to the city.