The Most Unique Things to See and Do in Colombia 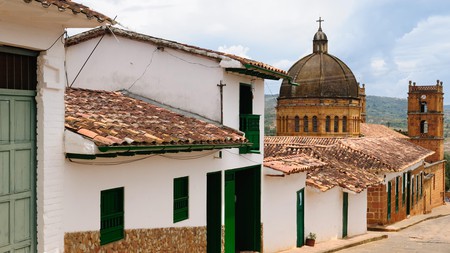 Discover some of the most unique things to see and do in Colombia, including the colonial village of Barichara | © Rafal Cichawa / Alamy Stock Photo

With proximity to the equator, Colombia has no distinct seasons, making it an ideal year-round destination for travelers. While the main attractions of Bogotá, Medellín, the Zona Cafetera and the Caribbean coast tend to feature on most itineraries, there are plenty of ways to get off the beaten track – and away from the most popular tourist sites. From cultural festivals to natural wonders, here’s our selection of the most unique things to see and do in Colombia.

The Amazon Rainforest is an extraordinary place to visit and around 10 percent of its total area is in Colombia – in the southeast part of the country. Leticia is the main city and serves as a useful base to explore the tropical wilderness, while the Chiribiquete National Park features table-top mountains and one of the world’s largest collections of prehistoric rock art. It rains all year round in the Amazon – but July to December is generally slightly drier and a therefore a good time to plan your trip. Oh, and don’t forget to pack insect repellant. 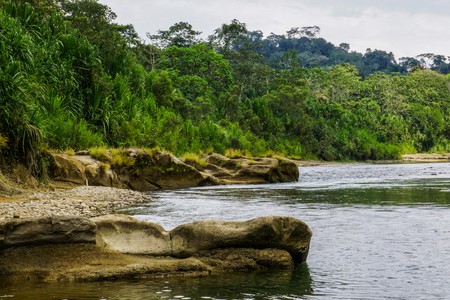 A festival and competition is held in Ginebra in the Valle del Cauca every May or June, the Festival de Musica Andina Mono Núnez has been a platform for up-and-coming Columbian artists since 1975 and is a great way to get a feel for traditional Latin American music.

The Wayuu festival has been for over 30 years in Uribia in La Guajira – close to the border with Venezuela – and strives to raise awareness of the tribe and celebrate its culture. It takes place every year – usually in May – and is filled with music, dance, theatrical productions, art exhibitions and many other cultural activities which offer unique insights into the Wayuu way of life.

The Ibague festival is held yearly in June or July in the city of Ibague. First established in 1974, the event showcases traditional music by local solo artists and groups and holds competitions and other cultural events. The most popular types of music at the festival are pasillo, sanjuanero and bambuca, which are all played at free concerts in the town’s streets and squares – accompanied, of course, by plenty of dancing.

Colombian Independence Day is celebrated on 20 July every year, with events taking place all around the country. The day is a national holiday and each community has its own way of rejoicing: many have parades, festivals and concerts to mark the occasion.

Feria de las Flores de Medellín is a flower festival held every summer in Medellín. The event draws people to the city from all over the world to experience the vibrant flower parades and jovial atmosphere – it’s a great way to meet people and share in something uniquely beautiful.

Colombiamoda is an annual fashion event held in the Plaza Mayor in Medellín every July. Inaugurated in 1990, it’s grown dramatically in recent years to become one of the highest-profile fashion events in Latin America. As well as allowing designers to showcase their work, Colombiamoda also has a large trade exhibition and several conferences for international designers to collaborate and share new ideas. 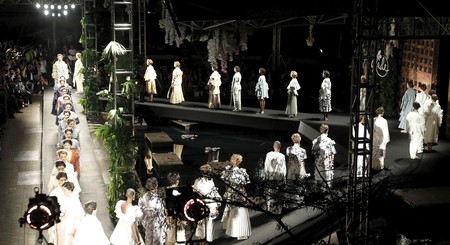 Barichara is a colonial town in the Santander region in the north of Colombia. It feels like you’ve stepped back in time to another era as you stroll the cobbled streets, lined with beautifully preserved, whitewashed buildings. The nearby town of San Gil, meanwhile, is often referred to as the adventure sports capital of Colombia. There are a large number of activities available here: including paragliding, bungee jumping, abseiling, climbing, whitewater rafting, rappelling down waterfalls and zip-lining. May to August is a good time to visit these towns as this is when the river water levels tend to be highest.

The Bandola de Sevilla Festival is held in Sevilla, Valle del Cauca, every August. The festival is an explosion of culture and features traditional and contemporary Colombian music – played at nightly concerts in La Concordia park. Special educational shows are also put on to give the audience a better sense of the background behind the music.

The Festival del Viento y de las Cometas is held every year for three days in August, in Colombia’s whitewashed colonial town of Villa de Leyva. The city is transformed into a kite extravaganza – where the sky is awash with bright colors and there are competitions to find the best handmade kite and the best night-flying kite, among many others. 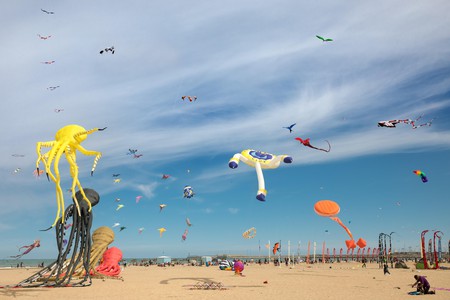 The Festival de Música del Pacifico Petronio Alvarez is a large open-air music festival that holds events all over the country, including in Bogotá, Guapi, Tumaco, Buenaventura, Quibdo and Cali simultaneously. The event – which usually takes place in August or September – promotes peace, joy, happiness, coexistence, inclusion and unity within the nation. In addition to fantastic music, a series of workshops and lectures are offered, where people can learn about music and culture.

Caño Cristales – otherwise known as the ‘River of Five Colours’ – is open from late May to early November, when the river is filled with water from the rainy season. Between July and October tends to be the best window of opportunity to visit, as this is when the colors are at their most vivid. The Caño Cristales is a natural phenomenon that winds for over 62mi (100km) through the Serrania de la Macarena National Park. It’s a river unlike any other, as it’s filled with vibrant red, blue, yellow and black tones – complete with natural swimming pools and waterfalls. Its remote location makes it difficult to get to, however, so your best bet is taking a direct flight with Satena from Bogotá and joining an organized tour when you’re there. 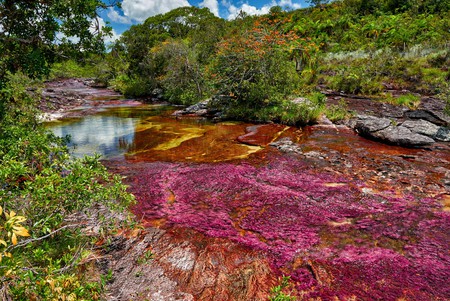