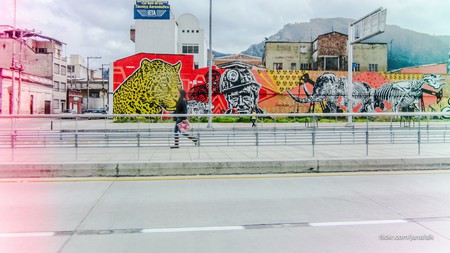 Bogotá’s street art is famous throughout the world: the city has produced some excellent street artists who continue to have their art commissioned all over the world. Bogotá’s street art is both beautiful and political – with some murals and artists creating very sensitive pieces to express their opinions. A trip isn’t complete without a tour of the street art in Bogotá, which shows artistic interpretations of the country’s history and current events. The following three street art tours are all unique and vary in locations and insight.

The Bogotá Graffiti Tour was established by street artists and is still being run by them today: all the tour guides are street artists and experts in the city’s art culture. This walking tour takes place around the La Candelaria or Downtown district of Bogotá and starts from the Parque de Los Periodistas, every day between 10AM–12:30PM and again at 2PM until 4:30PM. 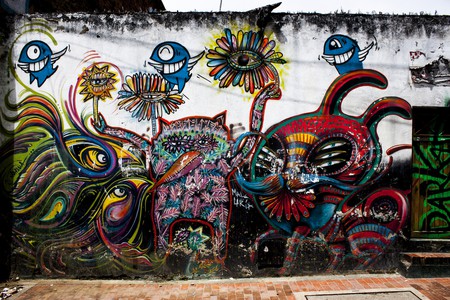 This tour aims to give individuals an insight into the different street artists who currently or have previously operated in Bogotá, as well as explaining the politics and stories behind individual art pieces. The Bogotá Graffiti tour doubles as a city tour, with the guides giving individuals useful tips for traveling around the city, nightlife guides, restaurant recommendations and answering any questions about the city.

The tour is funded entirely by donations – they ask for between COP20,000 and COP30,000 (around US$15 to US$20). The Bogotá Graffiti tour has solely English tour guides, but private tours in Spanish and German can be arranged. More information can be found on their website. 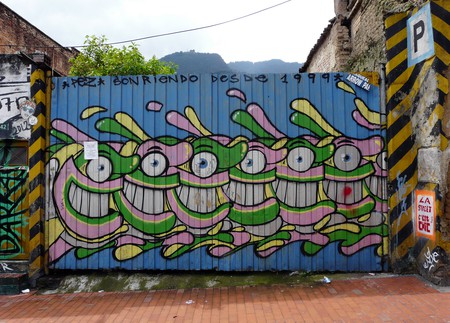 Destino Bogotá’s Capital Street Art Tour is a unique tour of the city’s street art in a number of areas including La Candelaria, Avenida El Dorado and Galeria Visaje – which is a well known house taken over by street artists and turned into a gallery.

The tour starts in El Chorro de Quevedo, where individuals will discover the historic sights of Bogotá in addition to famous street art. From there the tour proceeds to Avenida El Dorado on a metro bus tour of the large murals around the city, and after the bus tour a walking tour begins again in the Teusaquillo neighborhood. The tour then concludes at the Galeria Visaje.

Destino Bogotá runs the tour in three different languages – English, Spanish and French – and the tour lasts for five hours from 8:30AM to 2PM. Drop off and pick up is included in the tour price, and this tour starts from COP375,000 (US$125). More information and booking can be found on Destino Bogotá’s website. 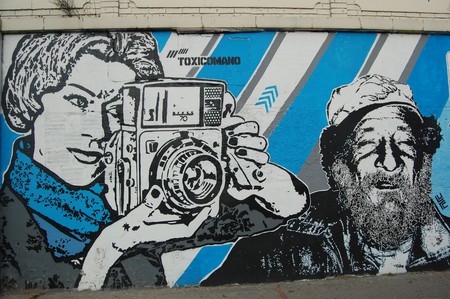 This tour takes place around the areas of La Candelaria, Bolívar Square, International Center and the English neighborhood, so enables you to discover the city’s famous art and murals while being part of a cycling tour of the well known city landmarks. The bike tour also includes a tour of a coffee factory and the chance to sample coffee in a short break from discovering the city.

Bogotá Graffiti Tour is available for COP40,000 (US$20), which includes bike and equipment hire. These tours are available Monday to Friday and are approximately three hours long. More information can be found at Bogotá Graffiti Bike Tour’s website. 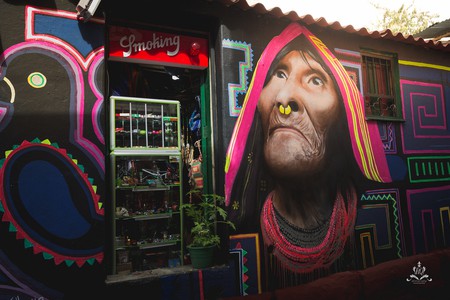 Graffiti on the Streets of Bogota | © ::Ricardo Quintero:: / Flickr

Bogotá has a mixture of old and new street art from some highly reputable, world class street artists. More information can be found here about Bogotá’s graffiti and its significance to the city.