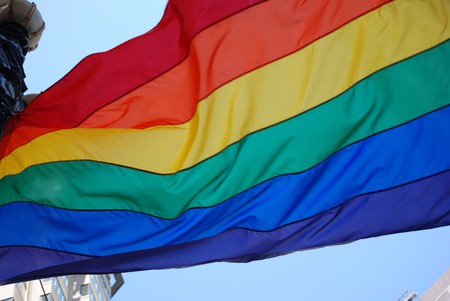 The focal point of the entire Bogota gay scene, Theatron is a former theatre housing at least 13 different rooms and with space for up to 8,000 people. Each room plays a different style of music, so there’s something for everyone. Add to that several roof terraces, live music, and an entry fee (45,000 pesos or $15) that includes a completely open bar until 2 a.m., and you have the recipe for one of the best LGBT clubbing experiences in Latin America. If you plan to visit one LGBT nightclub in Bogota, it can only be Theatron on a Friday or Saturday night.

A relaxed and intimate little gay bar in Chapinero neighbourhood – the epicenter of Bogota’s gay scene – La Estación Cafe is located just a short walk from Theatron, so it’s a really popular spot for people to pre-drink and catch up with friends before a big night out at Bogota’s LGBT mecca. With a nice cocktail menu and a small cover charge of just 6,000 pesos ($2), Estación is also open during the day for lunch.

A popular gay bar with two different locations, one in Chapinero and one in the Zona Rosa, El Recreo de Adan is a relaxed and cool spot to hang out, with a chilled seating area consisting of bean bag chairs and classic board and table games – the rainbow coloured Jenga is a particular highlight – as well as promotions on cocktails, chicken wings, and nachos. The staff are really friendly and welcoming and the cocktails are delicious: you’ll feel right at home in El Recreo de Adan.

If you are looking for a top LGBT nightspot in Bogota on a Wednesday or Thursday night, look no further than El Perro Y La Calandria – there’s an amazing live drag show on Wednesday nights, and Thursday is karaoke night. It’s located a short walking distance from Theatron and is open every night of the week, so it is an excellent spot to enjoy a few drinks before a big night out. However, El Perro is a top night out all on its own, so make sure to stop by.

The most popular LGBT nightclub in Bogota’s Zona T party district, El Mozo – or La Moza, its nearby sister bar, which hosts the most popular lesbian nights in the city – hosts well-attended themed nights between Thursday and Saturday, including College Thursdays and FriGay. With a beautiful interior designed by architect Javier Mera, as well as a stylish terrace bar, El Mozo is definitely the most upmarket option for the discerning LGBT clubber.

With its none-too-subtle moniker and its location in the Chapinero heartland of Bogota’s LGBT scene, Brokeback Mountain certainly wears its rainbow colours on its sleeve. Open every day until very late, this popular gay bar is one of the most popular spots for a relaxed hangout. The music isn’t too loud, and the atmosphere is casual and chilled. With live-music nights, regular karaoke, and even screenings of popular LGBT television shows on Sundays, Brokeback Mountain might not be the most famous LGBT nightspot in Bogota, but it’s one of the nicest.

Located right alongside El Perro Y La Calandria and Brokeback Mountain – and therefore walking distance from… you guessed it… Theatron! – Color House is a laid-back gay bar with friendly vibes and a nice soundtrack of cheesy pop classics (although not played too loudly). It opens earlier in the day and is closed by 7 p.m., but it’s the perfect place to share a cheap bottle of rum or aguardiente with friends or relax over a few cold beers.