The Best Cycling Routes to Take in Colombia 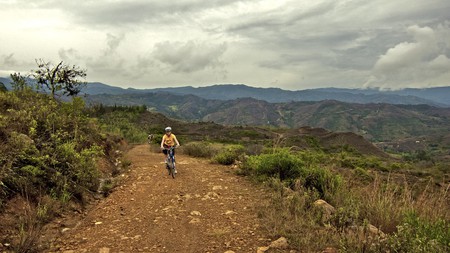 Colombia is like a giant adventure playground for cyclists: the three mountain ranges that bisect much of the country make for a wealth of winding, uphill climbs and hair raising downhills, and it remains gloriously undiscovered. Despite of that, cycling is a big deal in Colombia, and there will never be a shortage of fellow riders to share the road with. So here are some of the best cycling routes to take in Colombia.

Often called ‘The Longest Climb on Earth’, Alto de Letras is a punishing 80 kilometre climb that is known as one of the toughest cycling climbs in the world and attracts the best cyclists eager to take it on. Beginning at 468 metres above sea level in the little town of Mariquita and ending at the Paramo de Letras pass at 3,663 metres, the climb offers stunning views over the majestic Andes of Colombia, as well as the satisfaction of having completed a tough climb that not many people can manage.

Another tough climb, but a lot more doable than Alto de Letras, the road up from Bogotá to the little town of La Calera is hugely popular with local cyclists on weekends. The route is just over 9 kilometres and is mostly uphill which, at such high altitudes, is definitely a challenge. The contrast from the urban sprawl of Bogotá to the quiet rural atmosphere of La Calera makes this route one of the most interesting in Colombia. Adventurous cyclists can continue from La Calera for another 50 kilometres to reach Tocancipa and complete a route known as ‘The Savannah’. 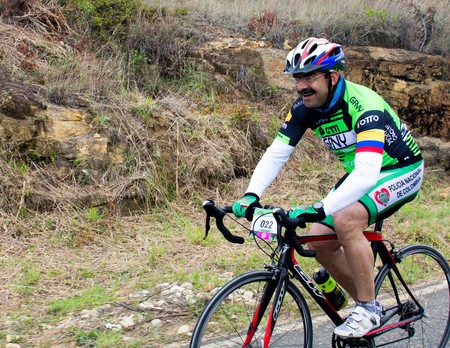 Medellín’s most popular cycling route is Alto de Las Palmas: a stunning 15 kilometre uphill climb from the edge of the city over a surrounding mountain. The route ends at a popular local food spot and viewpoint – the views are worth the difficult climb – and the route is busy on weekends with local cyclists enjoying the exercise and scenery. 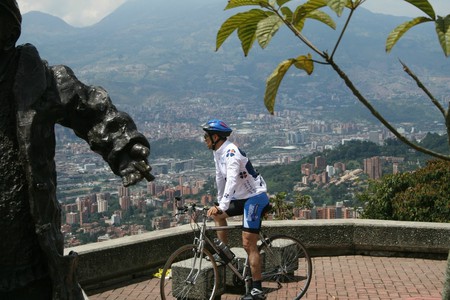 Probably the most cycled route in Colombia by tourists, the route followed by the popular Bogotá Bike Tour is a six-hour loop from the heart of the Old City through some of the lesser-explored neighbourhoods of the capital. It can be tough cycling at times on account of the traffic in Bogotá, but this perennial backpacker favourite is a must for anyone with an interest in urban cycling.

Colombia’s largest canyon is another playground for cyclists, with plenty of winding roads and thrilling downhills. One of the classic routes that takes in remarkable scenery, quaint local villages, and unique nature is the 60 kilometre downhill route from the heights of the canyon down to the picturesque village of Jordan. Beware, though: it may be a downhill, but the heat and tricky road conditions mean that it’s far from a simple ride. 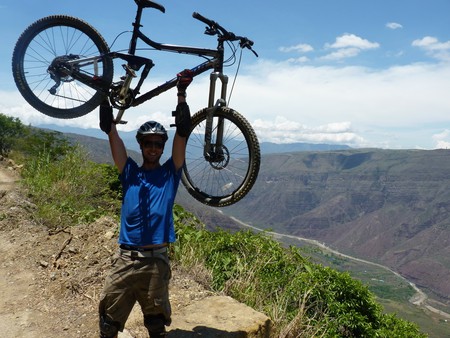 Every Sunday hundreds of kilometres of roads in Bogotá are closed off primarily for cyclists, and the ciclovia is the perfect excuse to get out and explore Colombia’s capital by bike. There are no set routes, but one of the best is to simply follow the ‘Seventh Avenue’, the vast central artery of Bogotá which connects the colonial centre with the ritzy neighbourhoods of the north.

This uphill route climbs from the steamy heat on the edge of the Magdalena River valley before terminating in the chilly Andean heights of the capital. Known as Alto del Vino, the route is popular with local cyclists, but it’s no picnic: with around 2,000 metres of total ascent, Alto del Vino is for pretty serious cyclists only, but the challenge and the gorgeous landscapes make it a must-do ride in Colombia.