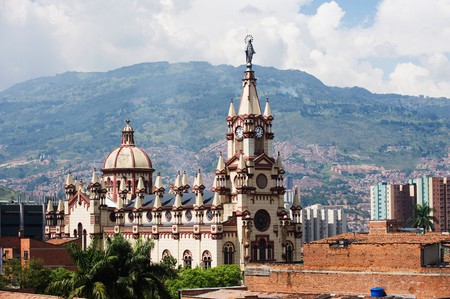 As staying in becomes the new normal, Culture Trip invites you to indulge in a spot of cloud tourism. Experience the sights and sounds of a place – without even leaving your home. First up on our virtual tour is Colombia.

Coronavirus has taken 2020’s cancel culture to a whole new level. Weddings, office banter and just going outside are all gone and canceled thanks to the torrid spread of Covid-19. Sadly, this means travel plans have also fallen on the back burner. While this is true around the world, it is especially the case for Colombia, as the country has completely closed its borders to all foreigners indefinitely. However, travel to the South American country will eventually resume, and with most of the area experiencing great weather year-round, your travel window may not have closed. But, for now, how about a little instant gratification? If you’re ready to stop staring vacantly at the walls of your apartment and get a taste of Colombia, check out these methods to kick start your travels from your living room.

Read the literature of Colombia

There is perhaps no Colombian native son more beloved than author Gabriel García Márquez. The country is filled with tributes to the late writer, and he is even featured on the 50,000 Colombian peso banknote, one of the country’s most used bills. While many of his stories take place in the fictional town of Macondo, his locations are very much based on real destinations in Colombia, and his writing masterfully illustrates the country’s beauty and chaos. As for recommendations, is there any title more suited to the ongoing self-isolation than One Hundred Years of Solitude (1967)? Considered to be Marquez’s magnum opus, it is a great introduction to magical realism, a style he popularized. 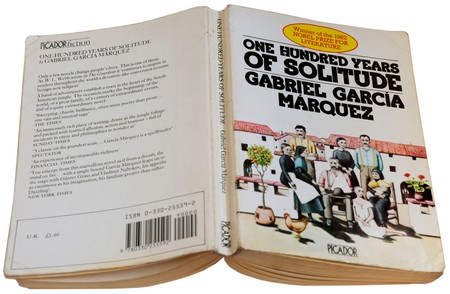 During your downtime, catch up on the literature of Colombia | | © CBW / Alamy Stock Photo

As cultural landmarks around the world take a long hiatus, some museums, zoos and concert halls have begun sharing their exhibits and performances online. While some may assume this is limited to the massive names in places like Paris and New York City, there are a few Colombian experiences to be had online as well. Bogotá’s Museum of Contemporary Art has a 3D tour available on Google Arts and Culture, allowing for internet art connoisseurs to wander the halls brimming with local and international avant-garde pieces. Meanwhile, Parque Explora, Medellín’s interactive science museum, has been hosting science lectures on its site, and its planetarium has been streaming star gazings on Facebook Live. 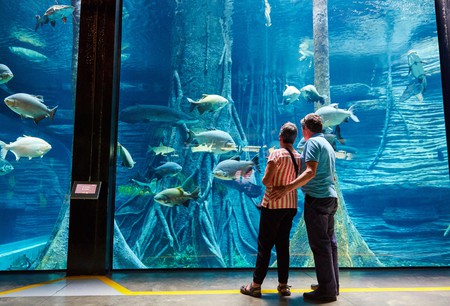 It may seem like Purell and Charmin are the only companies thriving in this current pandemic. But language learning apps like Duolingo and Babbel have seen their usage rates skyrocket while people take their time at home to learn a new skill. Apps like these offer a great foundation for any newcomers to a language but are admittedly a bit cookie-cutter. So, as soon as you step foot in Medellín and a resident looks at you and says, “Que mas parcero?”, the knowledge granted to you by your phone will be out the window, and you’ll realize you’re not prepared for the intricacies of Colombian slang. So, why not learn Colombian Spanish from a Colombian?

Many language schools in Colombia’s major cities have started offering online classes to students worldwide. It includes highly regarded schools in Bogotá and Medellín, such as Toucan Spanish School and Colombia Immersion. Alternatively, Colombia has a strong foreign community. Heading to one of the many immigrant support groups on Facebook to ask for a local (digital) tutor will yield many results, often for as little as $10 an hour.

While Cubans, Puerto Ricans and New Yorkers may be at each other’s throats about who invented salsa music and salsa dancing, ask any Colombian – especially those from Cali – and they’ll confidently tell you “we do it best.” While Cali hosts a salsa festival every summer, being able to dance salsa anywhere in the country is a sure-fire way to earn the respect of its residents and to meet people at one of the many dance floors in the country’s bars. Even if you’re isolated during the coronavirus, head to YouTube for the basics, and then apply them with a dancing partner once you’re able to travel to Colombia. 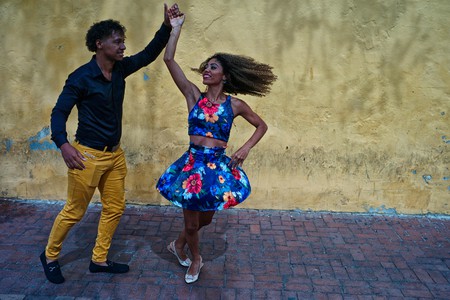 One of the saving graces of the current crisis is the widespread availability of take-out and delivery services. Many places, including restaurants and even some liquor stores, have also made alcohol deliveries available. While finding Colombia’s national drink, aguardiente, may not be easy, if you do, there is no taste more synonymous with the country. You may be asking, “What do I mix it with?” Well, you don’t. The most common way of consuming guaro, Colombia’s nickname for aguardiente, is to take it straight from a plastic shot glass at a local tienda, a place somewhere between a bar and a convenience store where a lot of neighborhood socializing happens. So, plop a bottle down at the table between you and your quarantine partner and get drinking. 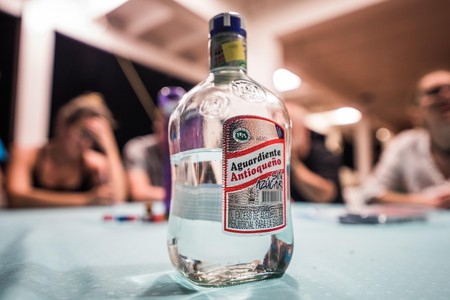 Watch something about Colombia

You may be expecting one answer here and one answer only: Narcos. However, Netflix’s drama about drug trafficking in Colombia has brought about an increase in negative “cocaine tourism” in places like Medellín. The show also somewhat idolizes Pablo Escobar, a man whom a massive number of Colombians despise for his numerous atrocities and the negative reputation he gave a proud country.

Steer yourself in another direction and consider renting Embrace of the Serpent (2015), Colombia’s first Oscar-nominated film, which explores the Colombian Amazon in the early 1900s and the Indigenous communities who called it home. For those on their Netflix grind, check out Green Frontier, a fictional Netflix original mini-series about a murder investigation drawn into the depths of Colombia’s jungles. Other options include Maria Full of Grace (2004), a film that earned its Colombian lead an Oscar nomination for Best Actress; The Rose Seller (1998), a harsh look at the lives of children on Colombian streets; and Colombia: Wild Magic (2015), a nature documentary highlighting the nation’s stunning wildlife. 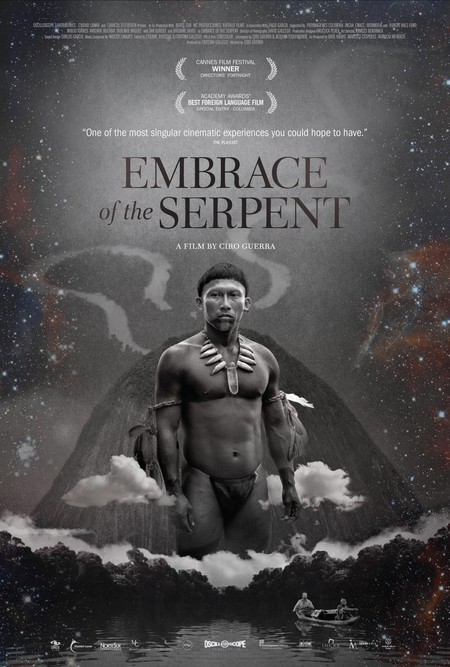 Take in the history and sights of Colombia via movies, such as ‘Embrace of the Serpent’ | | © AF archive / Alamy Stock Photo

Good news for you non-cooks out there: Colombian cuisine is not what you would call complex. The ingredients in many local dishes are simple and rely on the quality of locally sourced goods rather than complicated recipes. Whip up a Colombian picada, the country’s answer to a charcuterie board. Popular throughout the country, picadas are commonly shared at restaurants or picked at between drinks at bars.

While picada ingredients vary, it has a combination of grilled meats, such as chicken or steak, some form of sausages (almost always chorizo and morcilla, or blood sausage) and fried bits like fingerling potatoes and chicharrón (fried pork belly). Since there’s no exact way to make a picada, it’s a great Colombian option while supermarkets shelves are bare; grab what you can and lump them together on one big serving plate. To complete the Colombian authenticity, be sure to cut everything into bite-size pieces so that you can use wooden toothpicks for consumption and never utensils. 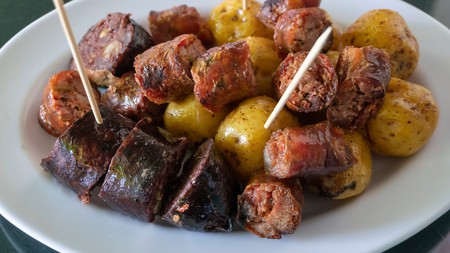