Say Your Prayers and Step Inside Colombia’s Underground Cathedral

Catedral de Sal, Zipaquira, Colombia © Mark Hillary/Flickr
Located 53 kilometers (32 miles) from Colombia’s capital, Bogotá, is the historic colonial town of Zipaquirá. This quaint town is the location of home-cooked style restaurants, a small number of B&B style hotels and local artisanal shops. Zipaquirá is a small but typical Colombian countryside town, with cobbled streets and a beautiful cathedral in the town’s plaza.

Zipaquirá’s most popular attraction is its Salt Cathedral and mine: people visit the park from all over the country and world to see the spiritual and sacred underground sanctuary, which is a unique wonder of the architectural world. 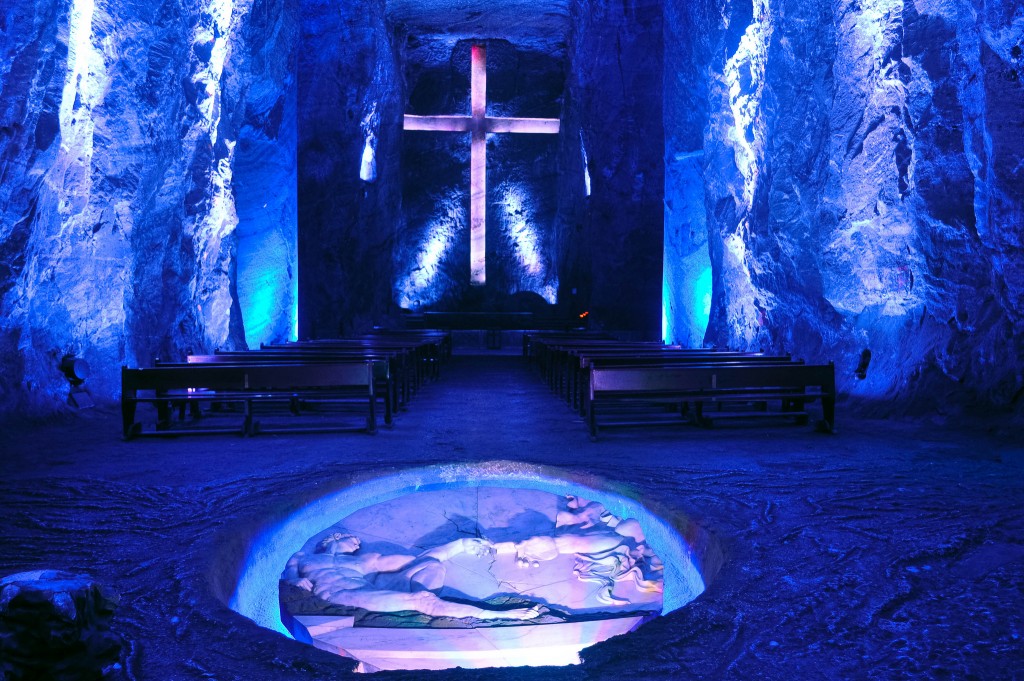 History of the Salt Mine

Constructed in 1816, this functioning salt mine was built with four tunnels and is 180 meters (590 feet) underground and 75 meters (246 feet) long. The Zipaquirá salt mine, along with a number of the mines in surrounding areas, continues to supply 40 percent of Colombia’s salt resources. The Salt Cathedral was created by the miners to give them somewhere to pray on their work breaks. In the 1950s the cathedral was opened up to the public and it became a popular attraction; people could see the cathedral and learn about salt mining too.

The cathedral was so popular that they decided to rebuild it: in 1991 construction began on a new cathedral 60 meters (197 feet) below the original. The new Cathedral opened to the public in 1995 and was significantly larger than the original – 25,000 tons of rock was removed to make new tunnels. The surrounding area of the new cathedral has significantly increased over the years with new features being added such as 3D movies, light shows, activities and walking paths. 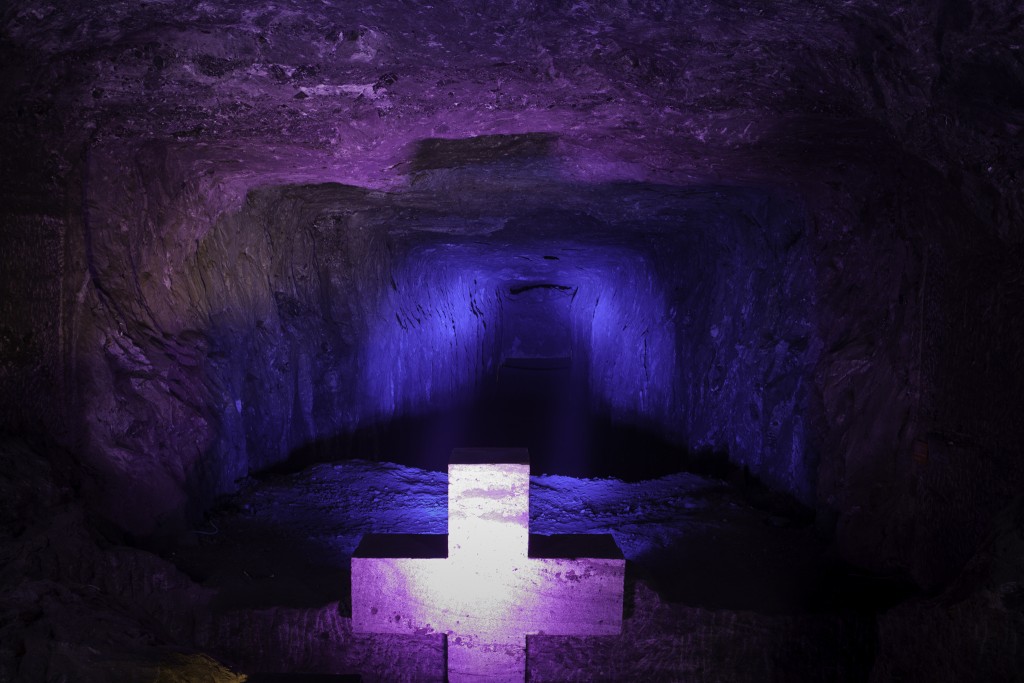 The cathedral has a large opening and there are tunnels leading down to the lowest point; these tunnels have been split into 14 individual areas, to represent the 14 stations of the cross which represent Jesus’ last journey. The tunnels lead down to the opening of the cathedral, and there are various view points of the large open tunnels which give a sense of the enormity of the mine. The Cathedral is home to the largest ever underground cross and the world’s only basilica dome made entirely out of salt. Everything in the mine is made and crafted out of salt, from the floor and walls, to the sculptures, benches and stairs. 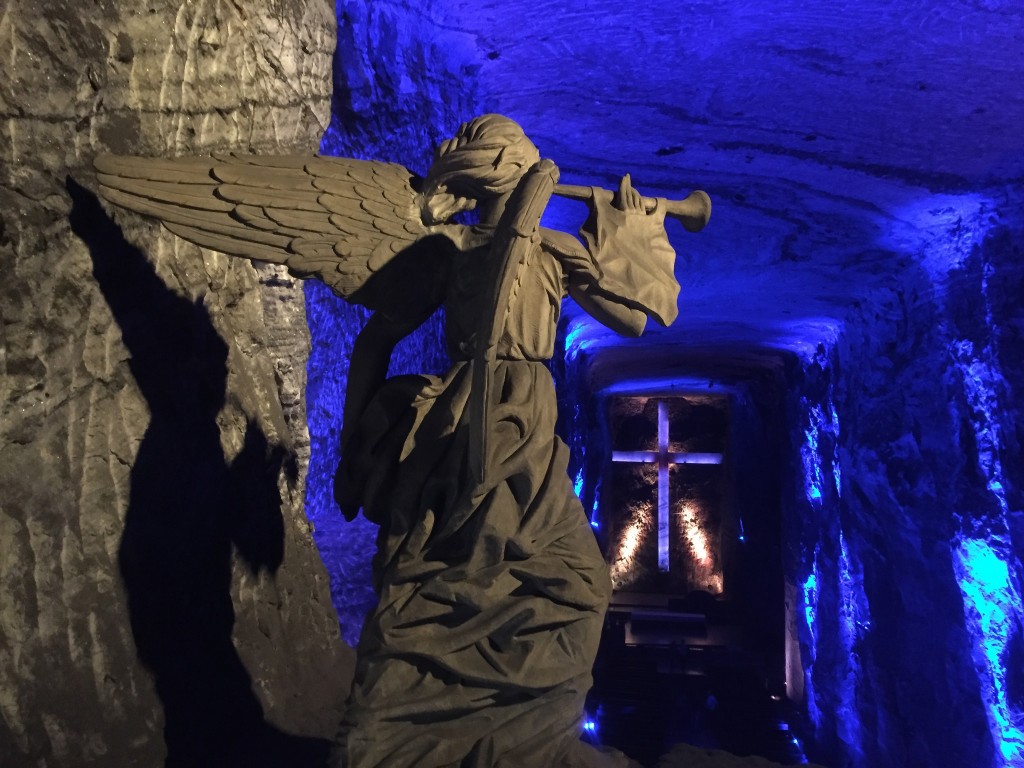 While the salt mine is still fully functional today, many tourist attractions have been added: one of the underground tunnels is now home to a variety of souvenir shops and a café. In the Salt Cathedral Park area there is a 3D movie theater – which shows a film about the history of salt mining in Colombia – a museum, a climbing wall, a light show, the route of the miner, the footprints walk of salt, water mirror, and there is also a food court. The cathedral itself can accommodate up to 3,000 people and services are held on Sundays. 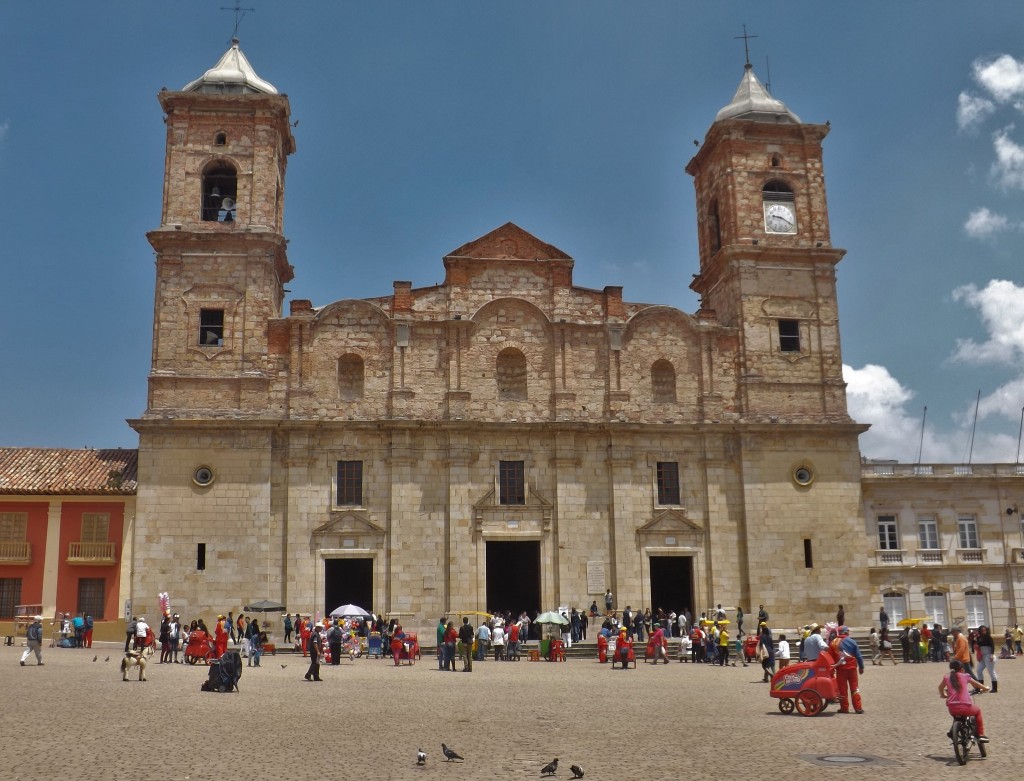 Visiting the Salt Cathedral and park

The Salt Cathedral and park are both open seven days a week from 9AM to 5:40PM. Tickets vary in price depending on which activities are desired: they can range from five to seven activities within four packages. Prices start from COP50,000 (US$17) to COP59,000 (US$20) for foreign adults and between COP34,000 (US$11) to COP41,000 (US$14) for children between four and 12 years old. More information can be found here on the website.