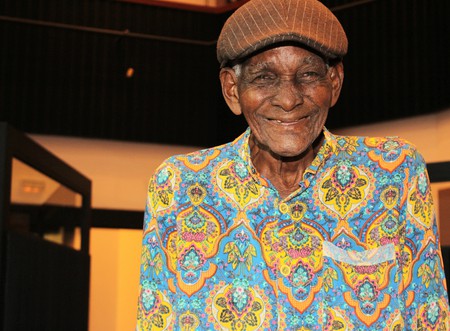 Magín Díaz wrote some of Colombia’s most famous songs as a young man living in the Caribbean region. However, as he was unable to read or write and couldn’t copyright his work, his impact on Colombian music and culture was overlooked for many years. Finally, his cultural importance is being recognized and earlier this year, at the tender age of 95, he released his first ever solo album.

Songs like Rosa, Me amarás, Por el norte, por el sur, and many others, are Colombian folk music staples, having been covered by multiple artists since they were first written in the 1930s and ’40s. All of these iconic songs also happen to have been written by the same man – a man who, for many decades, did not receive due credit for his lyrical and compositional genius. That man’s name is Magín Díaz, and he is finally receiving the credit he deserves for his talent. 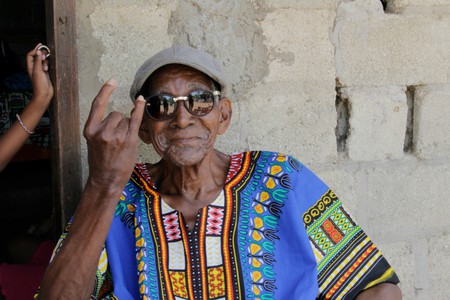 Magín Díaz was born in 1922 in the small Caribbean town of Gamero. He grew up in a time when Afro-Colombians suffered from extreme discrimination and racism, singers and songwriters being no exceptions. Tropical music genres that had their basis in Afro-Colombian culture were often not accepted or looked upon unfavourably unless they were interpreted by white musicians. 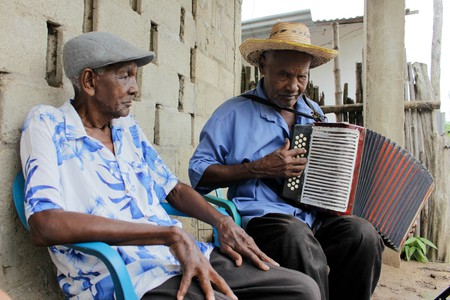 Magín outside his home in Gamero, Colombia | © Viviana Gaviria/Courtesy of NONAME

Magín himself composed his most famous song – the legendary Rosa, que linda eres – while working on a plantation as a sugar cutter. He fell in love with the plantation owner’s daughter and wrote her the song. However, their romance was taboo at the time, and Díaz moved between Colombia and Venezuela looking for work in the decades that followed.

During that time, a relative of his family named Irene Martínez established legal protection for the song in Medellin, though Magín could not be contacted at the time, so Martínez herself was credited as the writer. For a song that went on to be covered by such Colombian musical icons as Carlos Vives, it was a lucrative credit that Díaz lost. As he put it himself in an AJ+ video portrait: “I was unlucky with my music and still am. I should’ve had a bit of money, a beautiful farm, a donkey.” 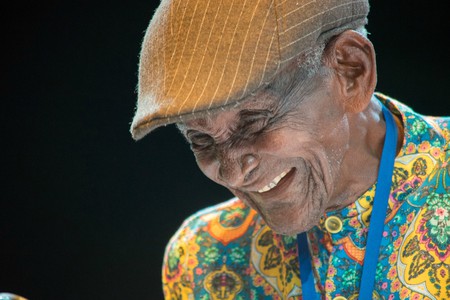 However, Magín’s luck has turned in recent years. In 2015, a Chilean record label – Konn Recordings – released Magín Díaz y el Sexteto Gamerano, a collection of his songs recorded with his band from his hometown of Gamero. And this year, partly thanks to a successful crowdfunding campaign – which also included a percentage as a pension for Díaz in his old age – he released his first ever solo album at the age of 95: El Orisha de la Rosa. In honor of his huge cultural impact on Colombian music, musical luminaries such as Carlos Vives, Monsieur Periné, Totó la Momposina, Bomba Estereo and Celso Piña all appear on the record.

El Orisha de la Rosa was the brainchild of Daniel Bustos and his company NONAME Productions. They helped get crowdfunding for the recording – which also included a series of beautiful artworks by international and Colombian artists, inspired by Magín’s work – and the album was recorded in Bogotá in April of this year, produced by Manuel Garcia-Orozco and Christian Castagno. It was welcomed with a release party at Carlos Vives’ legendary club Gaira in the capital, where Magín and Vives sung that song that changed both of their lives together.

Magín is still performing to this day. He rehearses with his band outside his house in Gamero most days, and has even been turning up regularly in Bogotá to perform to a growing – and adoring – public. During a visit to the capital this year, this illiterate farmer’s son, raised in a village populated by the ancestors of freed slaves, was awarded Colombia’s highest honor for contributions to culture – the Vida y Obra Prize. It has been a long journey from the sugar plantations of Bolívar department to Bogotá’s Bolívar Palace, but Magín Díaz’s story is one that will be told for many years to come, and his musical legacy has now been enshrined forever in his magical debut solo album. 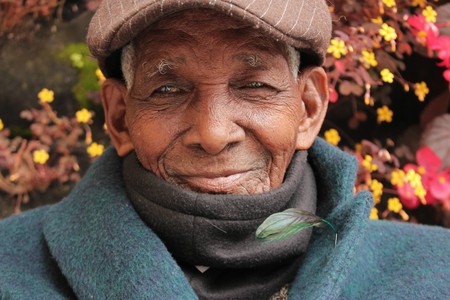