Meet Ondatrópica, the Supergroup Bringing Colombian Music to the World 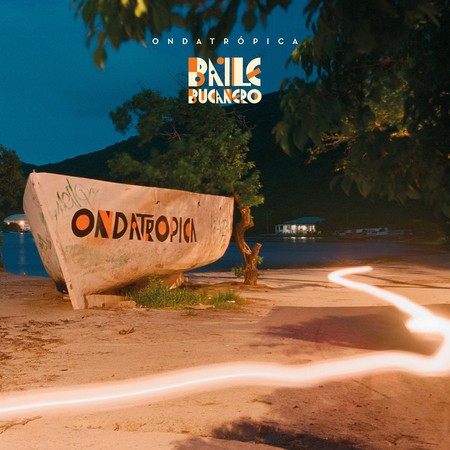 Ondatrópica is a collective of Colombian and international musicians who are making exciting contemporary music inspired by the traditional music of Colombia, but adding a modern twist. They released their second album earlier this year, and it was universally praised by critics and fans alike. However, they’re hardly household names, either in their home country or abroad. So, meet Ondatrópica, the supergroup bringing Colombian music to the whole world.

Ondatrópica is a project that was dreamt up by British musician Will “Quantic” Holland and his friend and fellow artist Mario Galeano (who has played in Los Piranas and Frente Cumbiero) back in 2012. Their stated goal was to, “explore and expand the tropical sound of Colombia in its rawest form, and to marry it with the cool sound of London.” What they ended up doing went far above and beyond that initially vague description: Holland and Galeano recruited a remarkable line-up of contemporary and legendary Colombian and international musicians – over 40 of them! – and recorded their self-titled debut in Medellin’s famous Discos Fuentes studios. A number of the artists who worked on the album were responsible for some of the most famous tropical music ever made, hence the popular tag of ‘supergroup’ that has often be applied to Ondatrópica. 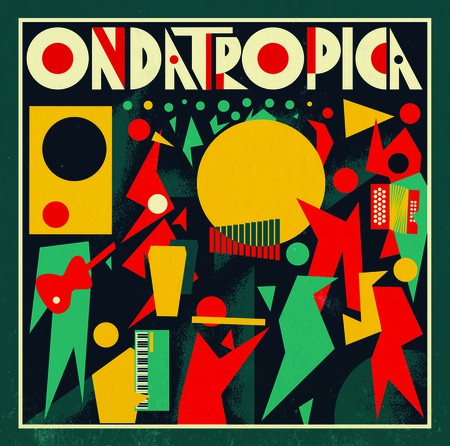 The cover of the first Ondatrópica record | Courtesy of Soundway Records

And what a debut album it was. Ondatrópica was a remarkable 19-track masterpiece that ran the gamut from straight-up traditional cumbia to hip-hop, reggae, punk, electronica, jazz, salsa, and Afrobeat. Featuring the talents of such diverse artists as singer Nidia Gongora, percussionist Wilson Viveros, saxophonist Michi Sarmiento, guitarist Eblis Alvarez, rapper Ana Tijoux, trumpeter Jorge Gaviria, pianist Alfredito Linares, not to mention Holland and Galeano themselves, the record was a triumph, and the band toured the world, even gracing the stage of legendary festivals such as Glastonbury and WOMAD. The album received rave reviews from The Guardian, The Telegraph, Mojo, and many more music publications. Here’s a clip from their excellent Glastonbury performance.

After a lengthy hiatus, during which the musicians involved all worked on new projects, Ondatrópica returned earlier this year with another truly fantastic record. This time, they decamped to the Colombian Caribbean island of Providencia and, there and in Bogota, recorded an album heavily influenced by Afro-Caribbean music. This time, at least 35 different musicians were involved in the recording process and, once again, the album Ondatrópica produced is a triumph. Baile Bucanero is perhaps an even more cohesive record than their first, and further confirms the incredible depth of musical talent and innovation present in Colombia.

Ondatrópica is a music-lover’s dream and a wonderful story of passion for music and culture: talented modern musicians working alongside their own musical heroes to create something fresh and modern, but with an eye firmly on tradition and history. The two albums (hopefully the first two of many more to come) both offer exciting takes on folkloric music, but the records never feel as if they are stuck in the past: the incorporation of modern elements such as electronic music and hip-hop gives Ondatrópica a contemporary relevance beyond their unique origins and legendary cast list. This so-called ‘supergroup’ is no group of old musicians cashing in on past glories; Ondatrópica is looking to the future and creating music that will one day join the pantheon of recordings that inspired their existence in the first place.

To get you started on your Colombian music adventure, here are five incredible and diverse Ondatrópica songs to enjoy.