Isla Fuerte: Welcome to the Colombian Island You've Never Heard of but Should Definitely Visit 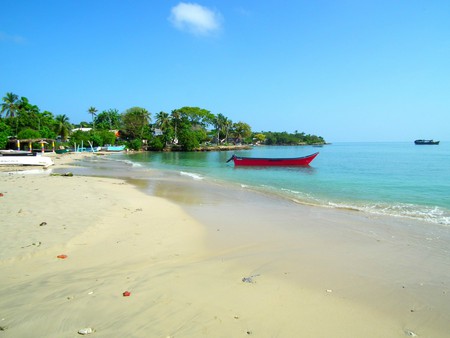 The tiny island of Isla Fuerte isn’t exactly well-known by Colombian tourism standards, yet this little slice of paradise sitting in the sparkling blue waters of the Colombian Caribbean is surely set to be one of the next jewels in the country’s tourism crown. So welcome to the island of Isla Fuerte, a place you’ve probably never heard of but should absolutely visit.

Isla Fuerte is a small coral island – an island formed from coral detritus – located to the south of the Gulf of Morrosquillo in the coastal department of Cordoba. It forms the western-most part of the island chain known as the Rosario Islands and San Bernando Archipelago and is conveniently located just 11 km from the coast of Cordoba. This location – far to the west of the more well-known Caribbean islands and accessed from a much less visited region of Colombia – has left Isla Fuerte much less touristic than other, similar, Caribbean islands. 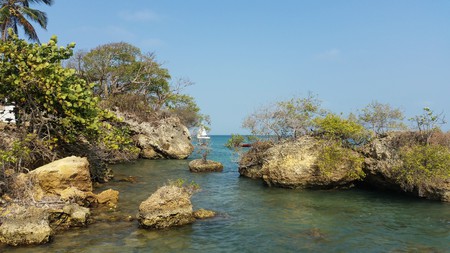 At only one mile in diameter and one-and-a-half miles from north to south, the island is extremely small, with a maximum elevation of just 12 m. The population is also small – around 2000 people – and principally of African descent. While the island is extremely new to mass tourism, it can still see quite large numbers of visitors – mainly local Colombians – during the country’s high season (January and Easter Week). Outside of these brief tourism windows, the island can be practically empty apart from the local population, and you really get a sense of what life on a small Caribbean island is like.

However, for a small, relatively quiet, island, there’s still a hell of a lot to do on Isla Fuerte. You can walk around the entire island in five or six hours, and its ample vegetation of tropical dry forest and mangroves support up to 80 species of birds and even sloths. There are also some especially famous, ancient trees such as the iconic Walking Tree and La Bonga tree. Alternatively, you can hire a mountain bike and enjoy the same circuit of the island on wheels. 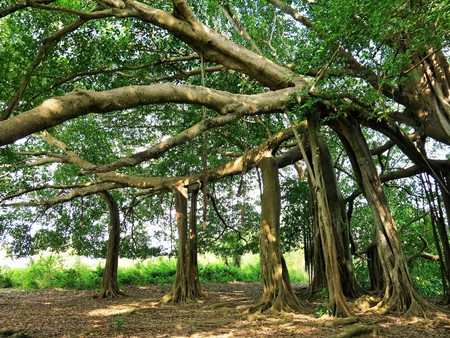 Yet the principal attraction of the island is its stunning beaches and beautiful blue Caribbean waters. There are plenty of little beaches and coves dotted around Isla Fuerte, most of which you can visit when you take a walk or bike ride around the island. There are also plenty of watersports you can take part in: the surfing – the season runs from November to April – is one of the best-kept secrets in the Caribbean, while more novice visitors can enjoy paddleboarding and even kiteboarding. The reefs surrounding the island are also fantastic for diving, and expert Colombian divers consider Isla Fuerte one of, if not the, best dive site in the Carribean. A reef three-times the size of the island is located just 10 miles out and is home to hundreds of different sites. 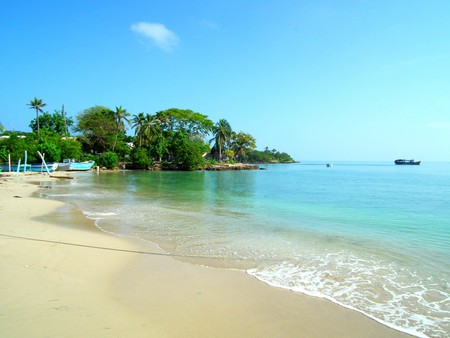 The tourism facilities on Isla Fuerte are limited but not as basic as you might think (an infrastructure has developed to cater for Colombian holiday travellers). Recently, the folks behind the insanely popular Casa en El Agua Hostel have opened up a brand-new site on Isla Fuerte: La Playita Hostel. Located right on the coastline, and offering nights in hammocks, cabins, and dorms, the hostel is perfect for anyone wishing to experience the magic of Isla Fuerte (they also offer any of the activities mentioned, and host regular parties with invited DJs).

You can reach this paradise island easily enough – you will need to arrive at the little beachside town of Paso Nuevo in Cordoba (most buses leave from the nearby town of Lorica). You can also get here from Medellin or Cartagena (see the La Playita website for more detailed instructions). It may be a bit further afield than more famous islands, but Isla Fuerte has an advantage: it’s beautiful, peaceful, and barely sees any tourists. So make sure you visit next time you’re in Colombia!