How to Spend 48 Hours in Barichara, Colombia 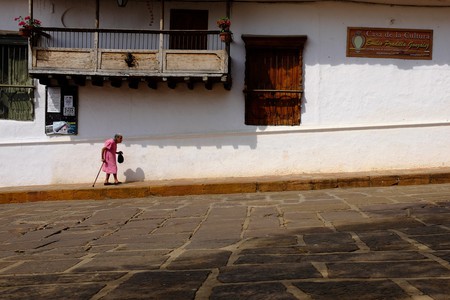 Cobblestoned streets. Whitewashed houses with dusty red-tiled roofs. Centuries-old churches and cathedrals overlooking the raging River Suarez. Crowned a national monument in 1978, Barichara is one of Colombia’s most perfectly preserved colonial towns, and it just so happens to be surrounded by stunning nature, too. From craft workshops to hikes along ancient stone-paved roads through dry tropical forests, here’s how you should spend 48 hours in the beautiful town of Barichara.

The Fundación San Lorenzo, a paper workshop run by women, has been making paper by hand from the Andean fique plant since 2001. Their 30-minute tour shows you around the site, as well as guiding you through the fascinating four-month process of producing artisanal paper with a hands-on paper-making workshop. Don’t miss the beautiful stationery and other paper products, such as lampshades and animal figures, sold in their small souvenir shop. 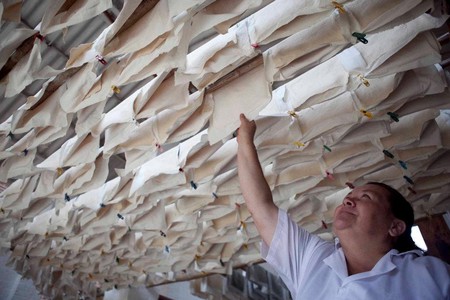 The Camino Real – a national monument since 1988 – is an ancient stone-paved road built by the indigenous Guane people hundreds of years ago. The two-hour, mostly downhill hike takes you from Barichara to the tiny, picturesque town of Guane. But the main reason for doing this hike is the journey itself: nine kilometres (six miles) of lush, cacti-dotted countryside with spectacular views of the canyon and the River Suarez below, and only grazing cattle and the odd farmer for company. Stay for a fresh trout lunch in Guane then, if you don’t fancy walking back uphill, take one of the Barichara-bound buses that leave every half hour from Guane’s main square. 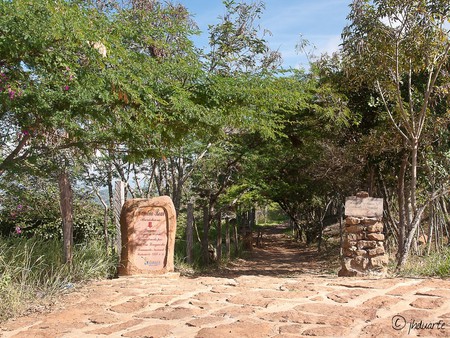 Due to its tranquillity, stunning surroundings and easygoing lifestyle, Barichara has become a hub for local artists and artisans. The result? Streets dotted with independent galleries, workshops and craft stores, many of which welcome visitors to not only see the artists at work, but to get hands-on. Choose from a three-hour pottery class at the Taller de Jimena and Jaime or a felting workshop at Albahaca Hospedaje y Tienda, or learn from the expert fique-bag weavers at the Taller Centro Dia. 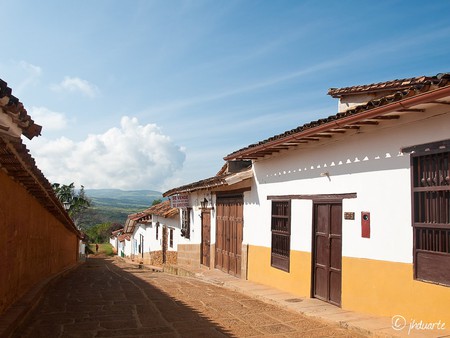 Bioparque Móncora dedicates itself to protecting dry tropical forests such as the one that surrounds Barichara. Here, you can take a stroll through the easy hiking trails and learn about the area’s native plant species. This is also a great place to eat a picnic and take in the stunning Cordillera views. 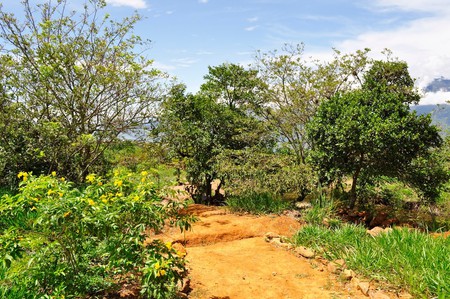 Hormigas culonas, or big-bottomed ants, have been a delicacy in Barichara for centuries. Said to have aphrodisiac qualities, the female leaf-cutter ants are eaten fried or roasted with a sprinkling of salt. It doesn’t sound too appealing, but they’re highly nutritious, low in fat and actually pretty tasty. Only harvested during the months of April and May, the hormigas can be hard to get hold of, and they are not cheap, either. If there are any around, your best bet is trying the small corner shops. Start your search at the shop on Carrera Five between streets Eight and Nine. 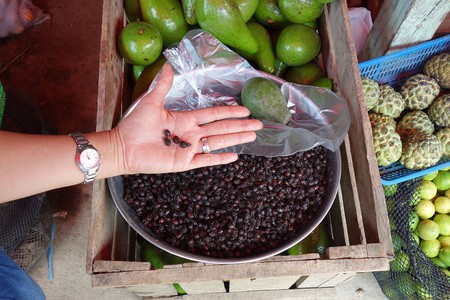 Surrounded by stunning views of the valley below, Parque de las Artes has been a peaceful escape for art-lovers since 1988. Dotted with water features and impressive statues hand-carved by local sculptors, this makes for a great place to sketch, photograph or just sit back and admire the beautiful setting. 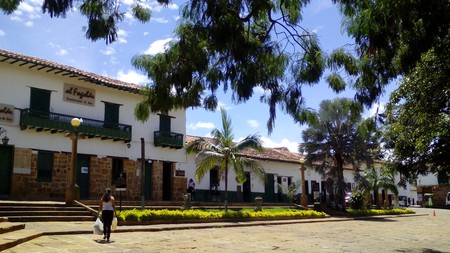 With so many workshops in the area, it’s only normal that there should be an equal amount of artisan shops selling Barichara’s best crafts. Round every corner here you’ll find small shops filled from floor to ceiling with pottery, painting, embroidery, jewellery, stationery, handmade furniture and much, much more. Sift your way through them and see what beautiful, handmade souvenirs you can come away with. There’s easily an afternoon worth of fun to be had!