How to Spend 24 Hours in Santa Marta 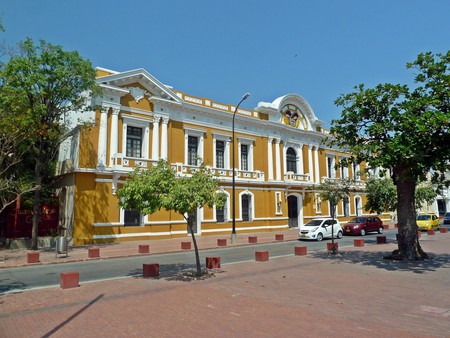 The Colombian coastal city of Santa Marta once had a fearsome reputation as an illicit city of smugglers and criminals, but in recent years it has reinvented itself as a thriving tourism hub, offering easy connections to some of Colombia’s best tourist attractions and a bustling old town centre with nice hotels and restaurants and interesting museums and architecture. Here’s a guide on how to spend 24 hours in Santa Marta.

There’s easily enough to do and see in Santa Marta to keep you occupied for 24 hours without having to take a trip out of the city. If you arrive at the Santa Marta airport in the morning, you will need about half an hour to take a taxi into the city; we recommend that you stay in a hotel or hostel in the old city, down by the seafront, as this area has the best selection of bars and restaurants, as well as access to most of the attractions described here. Masaya is the best hostel in town, with a stunning pool and roof terrace, while La Casa del Farol is a good boutique hotel; both are near the main plaza. 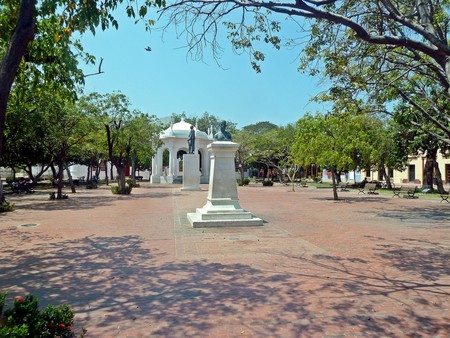 Once you’ve dropped your bags off, head out and explore the old city. While Santa Marta may lack the pure architectural beauty of a city like Cartagena, there’s a down-to-earth authenticity to its old town, and as the oldest surviving city in Colombia (and the second-oldest in South America), it has its fair share of worthwhile sights. Check out the gorgeous cathedral, which contains the remains of Rodrigo de Bastidas, the Spanish conquistador who founded Santa Marta in 1525.

Once you’ve had a stroll around the small historical centre, head to the beautiful Casa de la Aduana building, which houses Santa Marta’s Gold Museum. Unlike the Gold Museum in Bogotà, this smaller version features only artefacts and information about the local indigenous peoples of the Sierra Nevada de Santa Marta, and the upstairs section, with its exhaustive collection of Kogui and Arhuaco traditional dress and ceremonial pieces, is especially noteworthy. The museum is free, so there’s no reason not to go and learn more about the region, especially if you are planning more travel in the area. 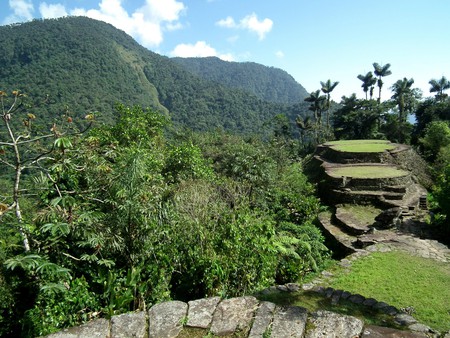 For lunch, check out Lulo, a cracking little restaurant with street seating, located on a narrow old pedestrian street in the heart of the historical centre. With a wonderful menu featuring fancy versions of local snacks like arepas, and a fantastic array of juices and local beers, it’s perfect for a lazy Caribbean lunch. Once you’re done, hop in a cab and head out to the Quinta de San Pedro Alejandrino, famous for being the place where the Venezuelan political leader Simón Bolívar died. 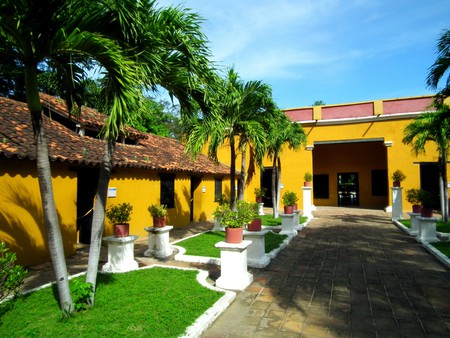 The Quinta is set on a gorgeous estate on the southern fringes of Santa Marta, and a visit there is a great eye-opener into the culture of Colombia before and after the Wars of Independence. The legendary figure of Bolívar is the key focus, and there’s an informative tour around the house in which he died, including a look at the bed where the man known as ‘the Liberator’ breathed his last. The gardens of the Quinta are equally beautiful; keep an eye out for iguanas, there are loads of them and it’s not uncommon to spot 50 or more in a few hours spent touring the grounds!

If you’re a football fan, ask your taxi driver to make a small detour past the statue of Carlos ‘El Pibe’ Valderrama, a legendary Colombian football player who was born in the city (the statue even captures his golden curls with amazing accuracy), before heading back to the old town. Whether you’re staying there or not, head up to Masaya’s roof terrace for a cocktail and a truly amazing sunset view (non-guests can pay a few dollars to get in). Then for dinner, head to Ouzo Restaurante on Santander Park and prepare to enjoy one of the best meals you will have in Colombia. 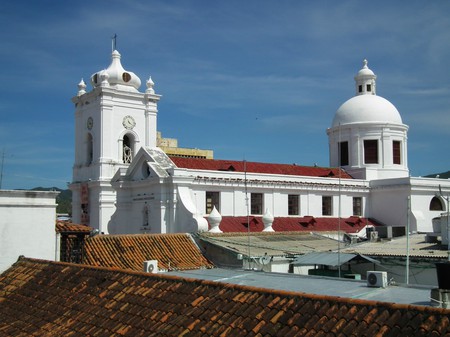 The next morning it’s time to go, but not before you quickly visit Ikaro Café for a pastry and an excellent locally grown cup of Colombian coffee. Your 24 hours in Santa Marta is up, but you can definitely say you’ve seen the best of the city.