How to Celebrate Christmas in Colombia 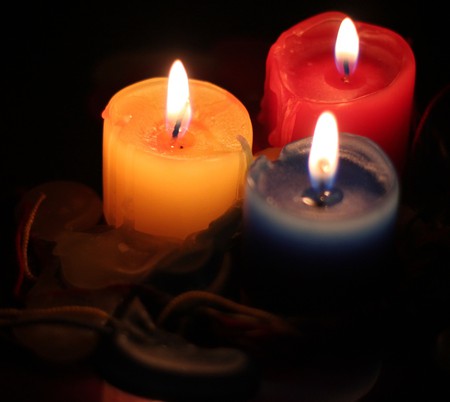 Colombians celebrate Christmas with about as much enthusiasm as any country on earth; the country is strongly Catholic and loves a good party, so it should come as no surprise that December is pretty much the most popular month of the year here. Here are the best ways to make the most of the festive season in Colombia.

To start the season off, make sure to see in the Christmas period in a raucous fashion at Medellin’s most over-the-top and exciting festival, the Alborada. When midnight strikes on November 30th, thousands of fireworks are set off on cue throughout Medellin to welcome the month of December. It’s a relatively new tradition, dating back only to 2003, but it’s quite the spectacle nonetheless –try and be somewhere high up to marvel at the sight of thousands of fireworks lighting up the night sky across the city. 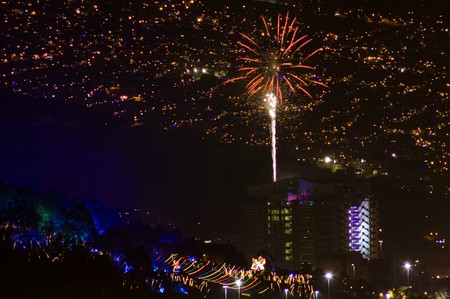 Welcoming Christmas with a bang in Medellin | © Dr EG / Flickr

Celebrates ‘Novenas’ with a Colombian family

‘Novenas’ are one of the more religious Christmas traditions observed in Colombia – every single night, on the nine days running up to Christmas (which is celebrated in Colombia on the night of December 24) families gather to recite a prayer known as Aguinaldo. Often, families visit the home of a different family member each night from December 16 until the 24th. Nowadays some of the religious element has been toned down, and for many people, Novenas are just a social event, with food, drink, and music. Spending one of those nights with a Colombian family is a must-do activity during a Colombian Christmas.

Day of the Little Candles

For most Colombians, Christmas really gets going on December 7, on the Dia de las Velitas, or Day of the Little Candles. On this day Colombian families light hundreds of little candles and place them in the streets in front of their homes, supposedly to light the way for the Virgin Mary to bless them. Wandering the streets of any Colombian city or town on the Day of the Little Candles is a quintessentially Colombian Christmas experience and one not to be missed. 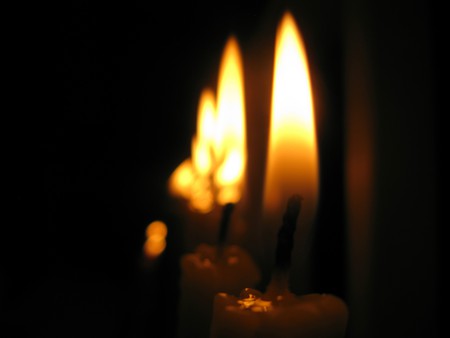 Medellin’s epic Christmas lights are globally recognised – National Geographic called the city one of the best in the world for Holiday Lights – and no Christmas in Colombia is complete without spending a night enjoying the light of the 31 million bulbs illuminating the city. They are lit up for the entire month of December and into January, so there’s really no excuse to miss them. 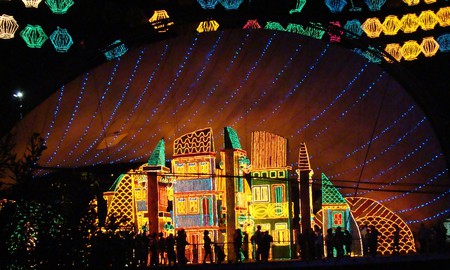 The Colombian capital is no slouch when it comes to Christmas lights as well and, in order to show off the magic of Christmas in Bogota, the Bogota Tourism Board have created the Ruta de La Navidad, or Christmas Route – a route through the city taking you to all of the parks and plazas with Christmas lights and markets. If time is limited, don’t miss the lights in the Parque Nacional, Plaza de Bolivar, and Parque de los Novios.

Eat an unholy amount of food!

If there’s one thing that unites all Colombians at Christmas, then it’s Christmas food! Colombians love to eat at Christmas, and every single night of the Novenas, not to mention Christmas itself, comes with a table jam-packed with tasty treats and traditional goodies. Particular favourites are bunuelos, tamales, natilla, manjar blanco, and hojaldres. Get ready to loosen your belt at a Colombian Christmas party. 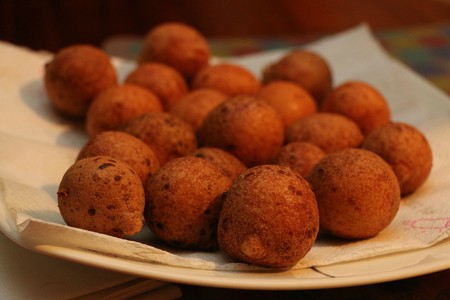 Day of the Innocents

Christmas doesn’t even stop once 24th of December is done – a few days later, on December 28, Colombian’s enjoy a day of jokes, pranks, and general fun on Dia de los Innocentes, or Day of the Innocents. It’s sort of like a way to keep the fun going in the downtime between Christmas and New Year, so keep your wits about you!