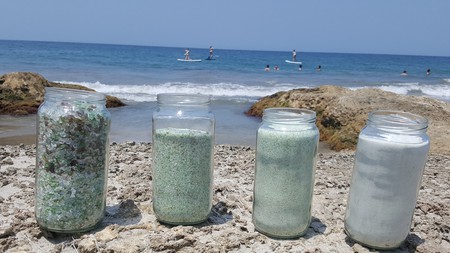 Cartagena’s hospitality sector isn’t waiting around for the government to mandate sustainability reforms. Three companies in Colombia’s beautiful coastal city are rolling up their sleeves and taking matters into their own hands.

Walk into Cafe Stepping Stone, an Australian café in the bohemian Getsemani neighborhood of Cartagena, and you’ll find more than hip travellers enjoying their lattes and avocado toast. Vanessa Brettell, Hannah Costello and Tom Navakas opened the café in March 2017 with bigger projects in mind. Their main ambition is to combat inequality by providing education and employment opportunities to disadvantaged youth in the community. 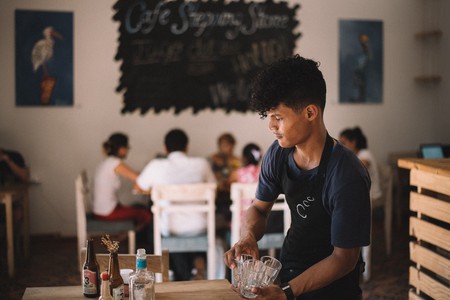 “There is so much tourism and money coming into the city,” says Brettell, director at Café Stepping Stone. “All the wealth isn’t being distributed.” Because many locals on the edges of the city don’t have as much access to the tourism dollars focused in the center, the café strives to help spread the income specifically to the disadvantaged communities. In addition to hiring locally and providing competitive wages, the café offers opportunities to learn the workings of the business to those in less-prosperous neighborhoods who do not have the qualifications, or to minorities who are often excluded.

The founders developed a comprehensive, paid training program to further the personal development of their employees. Beyond providing hospitality training and English lessons, other weekly training sessions include waste management and sustainability, financial planning, labor laws and understanding workers’ rights. This initiative was founded with the help of the Fundación por la Educación Multidimensional (FEM) nonprofit organization which helps afro and indigenous peoples struggling with income disparity. In return, the café often hosts fundraising activities to facilitate various projects. Since opening, Cafe Stepping Stone has employed and trained over 40 staff members, six of whom are now in leadership positions training new hires with the hopes of one day running a café themselves. 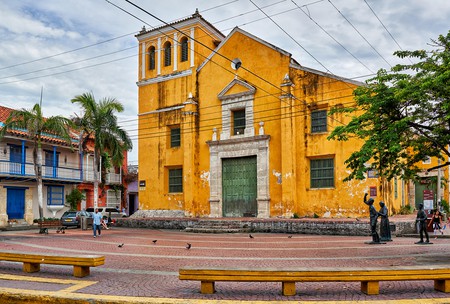 The vegetarian eatery is also focused on minimizing its environmental impact. “Businesses have a lot of social responsibility, and they need to think about that,” Bretell says. “We are here to minimize environmental impact and maximize social impact.” Beyond recycling and composting, the café prioritizes local suppliers and buys produce from other foundations and social enterprises that help support local communities, including struggling ones outside of Cartagena.

“We try to see ourselves as conscious consumers,” says Costello, head of food and beverage. “We are a restaurant, so we consume quite a lot, but as long as we are conscious about it, we can minimize our environmental impact.” To further its environmental mission, the café hosts various networking events, bringing together local businesses in the hospitality industry to create a stronger community dedicated to improving sustainability. 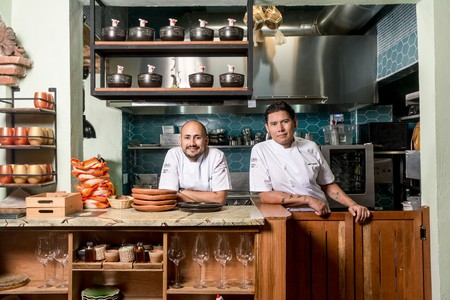 At Restaurant Celele, the chefs reinvigorate recipes from the indigenous Wayuu community, as well as support local farmers | Courtesy of Celele

Cafe Stepping Stone isn’t alone in its mission; many restaurants in Cartagena are focused on improving environmental and social sustainability. Just around the corner from Cafe Stepping Stone, tucked away in an unassuming colonial home, you’ll find Restaurant Celele.

The chefs also visit indigenous and local communities to learn their recipes first-hand and buy ingredients directly from the source. On the menu, just below the crispy crab empanadas and Caribbean-style muscles, is one of the restaurant’s most popular dishes: goat stewed in coconut milk. This dish is inspired by a traditional recipe from Colombia’s indigenous Wayuu community, who living in the desert of the Guajira Peninsula, close to the Colombia-Venezuela border. 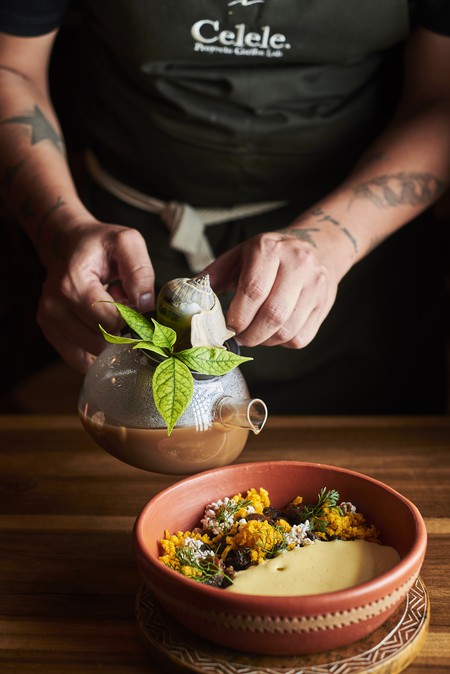 Traditionally, the shrimp are dried by the desert sun and cooked in rice. The shrimp rice is then stewed in coconut milk with wild animal meat. Chefs Pinzón and Rodríguez gave the recipe their Celele-style update by creating a light cracker from the sun-dried shrimp, and preparing the goat meat sous-vide in coconut milk until it’s perfectly tender.

In addition to preserving the traditional recipe, the chefs support the local community by buying ingredients directly from Wayuu families in La Guajira.

“When you start to do things more sustainably, you become an example for other restaurants and people,” says chef Pinzón.

The chefs have also developed an internship program to give back to their communities. In addition to developing hospitality skills, locals can learn how to organize tours and cooking classes. The mission is “cyclical,” chef Pinzón says. “Everyone is connected.”

Another organization on the island of Tierra Bomba, just off the coast of Cartagena, finds different ways to help the community.

Surrounded by clear turquoise ocean, the island is home to one of the most beautiful beaches in the region, drawing tourists from all over the world to its restaurants and hotels. Lacking an official waste management system, businesses are left to dispose of their trash in informal landfills.

Blue Apple Beach House, a luxury boutique hotel on the island, knew there had to be a more sustainable solution to the growing waste-management problem, and the Green Apple Foundation was born. 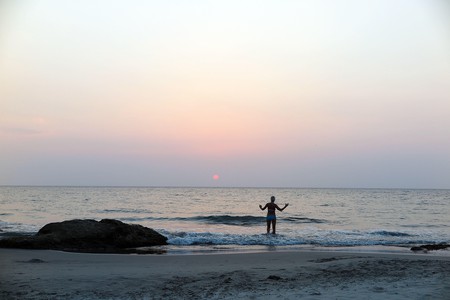 “Our story is quite simple,” explains Green Apple’s operations director Jenny Teasdale. “The foundation was started because one small hotel on one small island wanted to change their ways.”

Food and glass are the two largest generators of waste in the hospitality industry. Working with 15 businesses on the island and mainland Cartagena, the nonprofit collects about seven to eight tons of food and glass waste per month. The waste is processed on-site, recycled and then reused.

“What if we can generate jobs locally on the island, where there is really high unemployment while addressing the problem of waste?” Teasdale posits. That is exactly what they did.

In addition to creating jobs for the local community on site, Green Apple recently offered a class on how to create goods from unwanted recycled glass. Inspired by the course, six women from Tierra Bomba created their own artisan business turning the recycled glass into luxury products.

“Recycling can be a luxury product,” Teasdale says. “This glass doesn’t have to go into landfills.” The women’s goods and glassware are sold in Cartagena and can be found in various hotels and restaurants.

“We’re not just a bunch of hippies trying to save the planet,” explains Teasdale. “ We’re working with some of the biggest bars and restaurants in the city.” The leaders of Cartagena’s grassroots initiatives are hopeful their efforts can create widespread and lasting change in the region. As Teasdale says, “When businesses come together they are a force to be reckoned with.”