How Palenqueras Became the Symbol of Cartagena 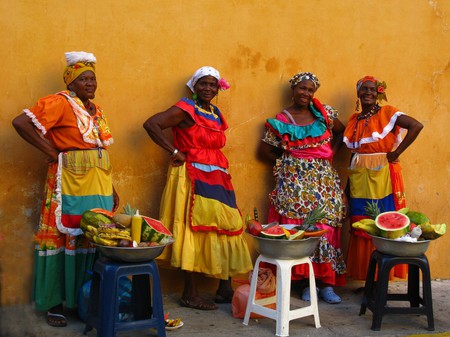 You’ve seen them on the front of every Colombia travel guide. You’ll find them painted on thousands of souvenirs. They’ve even become Colombia’s most popular business logo. If you visit Cartagena’s historical old town, you’ll soon spot the palenqueras: black women in colourful dresses expertly balancing bowls of tropical fruit on their heads. Today, they make their money posing for photos, but this wasn’t always the case. Who are these women? Where did they come from? And how exactly have they become the symbol of not just Cartagena, but of Colombia?

It’s 1691, and San Basilio de Palenque – a small village located in the southeast of Cartagena ruled entirely by runaway African slaves – signs a Royal Decree stating the town’s independence from Spanish colonial powers. The very first free town of the Americas is born, and so are the first free men and women of the New World: Palenqueros and Palenqueras. 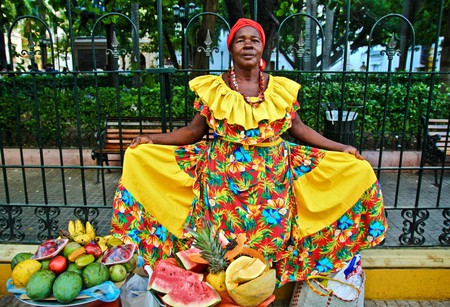 A Palenquera poses by her fruit stand | © Jamie Killen/ Flickr

Although Palenque had achieved what no other town of its time had yet managed to achieve, it still had its problems. Cut off from the rest of society and with limited access to resources, the town was (and still is) extremely poor. 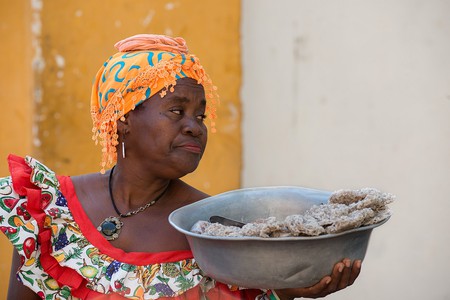 The women of Palenque decided to exploit what they had around them in abundance: fruit. The Palenqueras would pack their hand-woven baskets full of ripe tropical fruits, put on their traditional African dress and make the long and exhausting journey into the bustling city of Cartagena by foot.

Here they would sell the fruit under the hot sun to passing Cartageneros until their baskets were empty. As time passed, and the selling of fruit became a steady income for San Basilio de Palenque, more and more women made the journey into the city on a daily basis, unknowingly ravelling themselves into the history of Cartagena and transforming the Palenquera into one of the biggest Colombian icons. 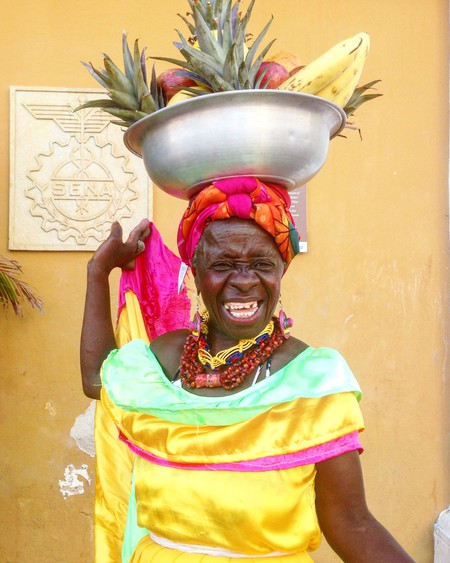 From fruit seller to national symbol

Today, the Palenqueras sell less and less fruit and instead make their money from posing for curious tourists, photographers and journalists. And it’s easy to see why: their beautiful smiles, stunning traditional dresses and colourful hand-made jewellery set against Cartagena’s crumbling mustard walls make for a stunning photo. However, very few people know that they’re not really from Cartagena at all, and there is much more behind these smiling women than meets the eye. 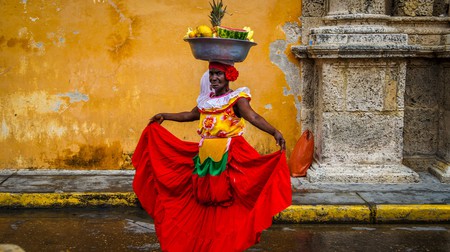 Being direct descendants of the world’s first free African slaves, the Palenqueras represent an incredible feat of human resistance, the respected figure of courageous, hard-working mothers, and a still living and thriving Afro-Caribbean heritage. What better symbol to represent Colombia?