How a Former Island Prison Became a Colombian Ecotourism Paradise 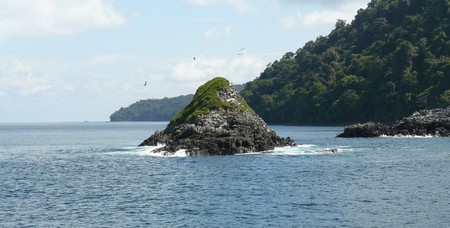 Gorgona Island is located 35 kilometres (21.7 miles) from the Pacific Coast of Colombia and has a fascinating, dark, and unique history. In its time, it has hosted forgotten conquistadors, violent criminals and, in recent years, eager eco-tourists looking to take advantage of the island’s enviable biodiversity and natural beauty. Here’s how Gorgona Island went from maximum security prison to ecotourism paradise.

In 1527, Francisco Pizarro landed on an island in the Pacific Ocean with a group of Spaniards while en route to conquering Peru. He and 13 of his men ended up spending seven months on the island while awaiting the arrival of provisions. Pizarro declared the island to be hell on earth and gave it the name Gorgona after the mythical Gorgon, Medusa, who had venomous snakes in place of hair. Why did he name the island after this monstrous creature? In the months that Pizarro spent on the island, he lost the majority of his men to bites from the thousands of venomous snakes that inhabited it. Gorgona had a dark and dangerous reputation from the beginning.

In the years that followed, Gorgona served many purposes, including as a base for English privateers and as the home of small fishing communities. However, by the start of the 20th century, the island was uninhabited. In 1959, the island was turned into a penal colony to house some of the worst criminals in Colombia, mostly murderers and rapists.

It was a hellish place to be imprisoned, and its design was reportedly modelled after the Nazi concentration camps. Abuse from jailers and other inmates was a constant threat, and the same venomous snakes that so depleted Pizarro’s numbers back in the 16th century killed many of the inmates. Escape was considered impossible. The interior of the island was snakebite central; sharks patrolled the waters between Gorgona and the mainland, and the ocean currents were extremely treacherous. 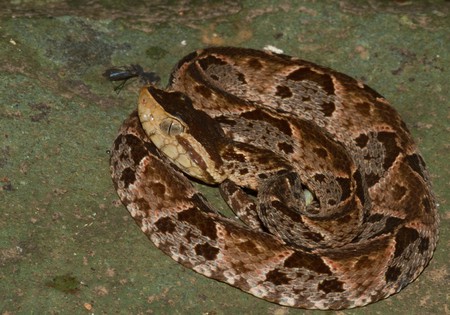 Only one man ever escaped from Gorgona: Daniel Camargo Barbosa, a psychopathic serial killer and rapist who studied the ocean currents and made it to the mainland in one day (even as most authorities assumed he had died at sea) on a raft of logs and vines. He tragically went on to re-offend multiple times in horrific fashion in Ecuador, before being captured in Quito in 1986 and ultimately killed in prison three years later. The brutal prison was eventually closed in 1984, and the buildings were overtaken by the wild jungles.

All of these dark and horrific tales add up to an unlikely holiday destination it might seem. However, Gorgona has since gone on to become one of the most important ecotourism destinations in Colombia. It became a National Park in the same year that the prison closed and can host around 80 people at a time in special ecolodge facilities. You can reach Gorgona by boat from either Guapi or Buenaventura (which takes much longer), and package tours are offered, including diving, whale-watching, and hikes on the island. However, the snakes remain, and visitors aren’t allowed to set foot anywhere unaccompanied and without wearing rubber boots for protection. The ruins of the notorious jail are still visible in the jungle, and it is a favourite part of any tourist’s visit. 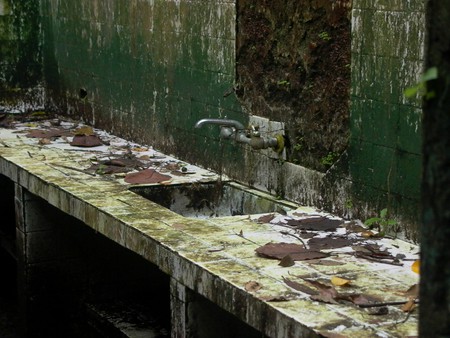 Ruins of the prison on Gorgona Island | © Tobias Balzer / WikiCommons

And why is Gorgona such a fantastic place for eco-tourists and wildlife lovers? Its isolation from the mainland has produced several endemic species, such as the Blue Anole lizard, and the snakes – although dangerous – are remarkably varied in species. There are pit vipers, coral snakes, boa constrictors, and racer snakes, as well as many mammal species, such as sloths and capuchin monkeys. The reefs around the island are a diver’s paradise, home to hammerhead sharks, reef sharks, whale sharks and sea turtles. As if all that wasn’t enough, humpback whales visit the island during their annual migration between August and October, and divers often hear them singing in the depths. It may not be a famous island, but the sheer natural diversity has the potential to make it a must-visit ecotourism destination in South America.

Although Gorgona might not seem like a dream holiday destination when you read about its history, ecotourism (as in much of Colombia) is proving to be a hugely successful business there, and it’s a magical place for anyone with a passion for nature. It’s hard to imagine Pizarro and his men, or the prisoners of the penal colony, ever choosing to spend time on Gorgona voluntarily, but that’s exactly what’s happening now and for good reason: Gorgona’s history may be horrific, but its future is bright.