Everything You Need to Know About the Monster of Lake Tota 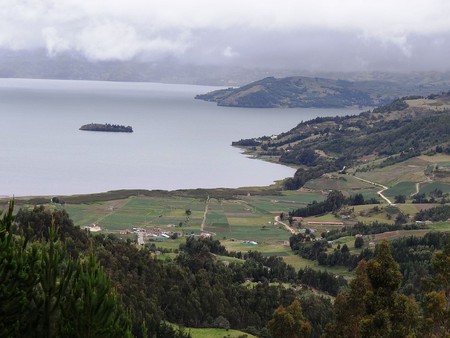 Lake Tota is the largest lake in Colombia, located in east Boyaca close to the town of Aquitania, which is located on the eastern side of the lake. What of the mysterious monster, said to lurk beneath its depths? Here is all you need to know.

Situated deep in the mountainous department of Boyaca at an altitude of over 3,015 metres (9,892 feet) above sea level, the water is a chilly 13 degrees celsius (55 degrees fahrenheit). The river is sourced by the Upia river and leads into the Orinoco Basin. Lake Tota covers an area of around 21 square miles (55 square kilometres), with a length of 7 miles (55 kilometres), a width of 4 miles (6 kilometres) and a depth of 58 metres (190 feet).

The river was considered a religious centre for the local Muisca culture and indigenous community, who once inhabited the mountainous department.

The lake is home to a large variety of fish including the rainbow trout and a large bird population, but is there a more unusual creature residing here? Since the 16th century it has been said that a mythical monster inhabits the lake, often referred to as the diablo ballena (devil whale); for centuries the Muisca tribe believed in the mysterious animal and its story was passed down through generations.

The lake is surrounded by Muisca folklore. It is said that a ‘Moneta’ (a wise old indigenous priest) was preparing for a powerful Muisca confederation to ‘exorcise the cruel and evil spirit’ named Busiraco. The event took place in a large depression in the ground, which now forms the Lake Tota. The ceremony Busiraco was performed in an attempt to resolve the suffering of the hot summer and its resulting water shortage, this eventually led to the creation of Lake Tota. The stories of the ceremony mention a monster, ‘a big black snake, with eyes that shined’, an integral part of the tale of the creation of the lake. 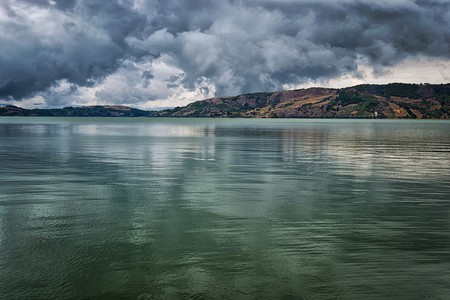 There are many other instances of references to the mythical creature, from various sources, when retelling the story of how the lake was created. The earliest note in modern history was by conquistador Gonzalo Jiménez de Quesada, which was followed by priest and historian Lucas Fernández de Piedrahita in 1676 who described the monster as a ‘fish with a black head like an ox and larger than a whale’ in his book General History of the Conquest of the New Kingdom of Granada: the SCRM – King Charles II of Spain and the Indies.

In 1852 Manuel Ancízar a Colombian writer, politician and teacher recorded the monster in his book The Pilgrimage Alpha for the northern provinces of New Granada. He wrote in his introduction ‘this tall story involved the freshwater devil’. 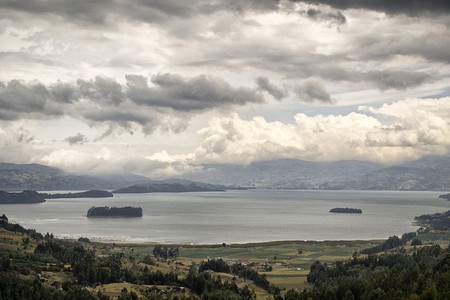 José Jerónimo Triana, a Colombian physician and explorer, noted the monster’s presence in his book Myths, legends, traditions and folklore of Lake Tota, when referring to the lake he wrote the ‘lagoons were the residences of a sublime divinity and the soulful Indians’.

The story of the mythical monster in Lake Tota has been told for generations, it has gained lots of attention and quite a following. Today many people visit the lake to relax on its white sandy beaches, rent boats and hike the surrounding mountains, while always looking out for a glimpse of the mysterious monster.