Everything You Need to Know About Medellín's Flower Festival 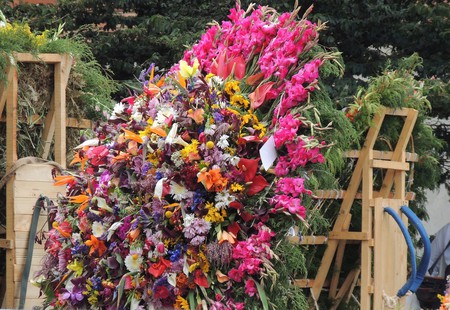 August is springtime in Colombia, and its cities rejoice with bursts of fragrant colors and various activities for days at a time.

Medellin’s annual Feria de Las Flores—or “Flower Festival”—is one of Colombia’s most important regional festivals and has become firmly established as a traveler favorite in Colombia. Taking place over a week in early August, the festival is a celebration of Medellín’s identity, as well as a way to show off the stunning flowers that are grown all around the city. Here’s a list of everything you need to know about Medellín’s Flower Festival.

It’s not just about the flowers

Although the focal point of the festival is flowers, there’s a whole lot more to the weeklong celebration than roses, orchids, and lilies. Being a Colombian festival, music is high on the list of priorities, and there are a host of concerts, cultural events, and sporting activities to be enjoyed throughout the week. If flowers don’t float your boat, then that’s still no excuse to miss out on the fun-packed Flower Festival.

Although you won’t want to miss the Flower Parade

Even though there are alternative options on offer as well as enjoying flowers, it wouldn’t be a visit to Medellín in August without celebrating the region’s gorgeous blooms. There are flower exhibitions throughout the city during the festival, but the real highlight is the Desfile de Silleteros (or “Flower Grower’s Parade”)—an event where hundreds of local flower growers parade through the streets of the city with enormous flower displays strapped to their backs. They wear traditional dress and compete to see whose arrangement is the most beautiful and elaborate. The event is a riot of color and atmosphere, and is easily one of the most enjoyable parades of any Colombian festival. 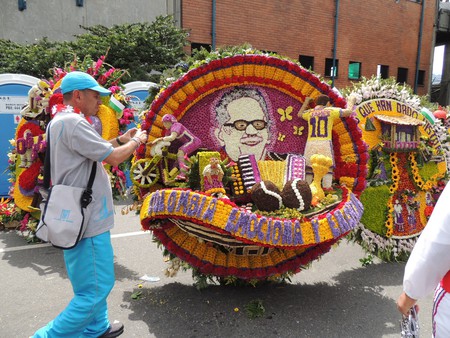 It dates back more than 60 years

The festival started back in 1957 and has been held annually since then, making it a ripe old age of 61 years. It was originally referred to as “The Flower Party” and was strictly a regional event—there were none of the international tourists who are a feature of today’s Flower Festival. The schedule was much less packed back then as well: the principal events were a single flower exhibition, a smaller version of the silleteros parade, and a concert and beauty contest. Suffice it to say, the Flower Festival is a much bigger event nowadays.

There is amazing music to enjoy

It wouldn’t be a Colombian festival without live music, and the good news is that there are plenty of diverse musical offerings available during the Flower Festival. The main musical event is the traditional Trova Festival, where singers compete in sings-offs against rivals. But there is also the Evening Cultural Park event, featuring live music from such acts as Kombilesa Mi, Grupo Bahia, Alcolyricoz, and the Medellín Philharmonic Orchestra. 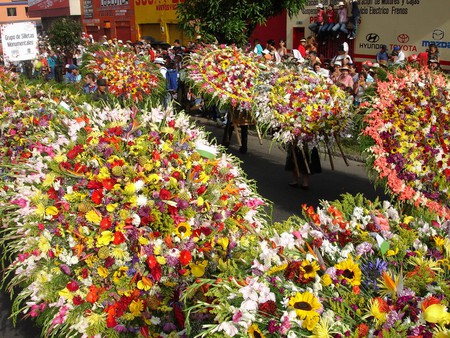 Cyclists won’t want to miss out either

Medellín is a very bike-friendly city, and the Flower Festival is no exception to this: they host a special cycling event aimed at highlighting the best of the festival and the city from two wheels. The departure point is the Lights Park in downtown Medellín, and the event runs from 3 p.m. until 8 p.m., allowing participants to enjoy the city by day and night and to visit the most important exhibitions throughout the city in a fun, safe, and environmentally friendly fashion.

Make sure to visit Santa Elena

The home of the Medellín flower culture is, in fact, the small town of Santa Elena, located just to the east of the city. This small town is the heartland of the region’s flower growers, and most of the silleteros in the parade originate from here. During the festival in Medellín, Santa Elena also buzzes with life and activity, and it’s traditional for people from the city to visit the town on one day during the festival and experience the silletero culture. 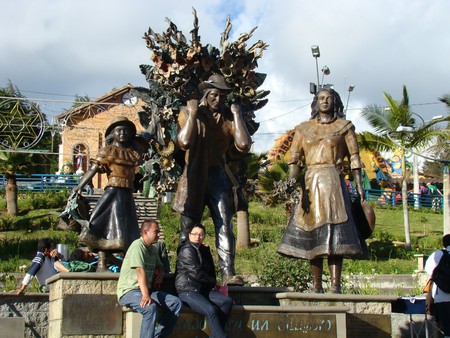 The Botanical Gardens are the place to be for budding horticulturalists

If it’s flowers that you are after (and, let’s face it, it is a Flower Festival after all), then the Botanical Gardens are definitely the place to visit in Medellín in early August. These already-lovely gardens really come to life during the week of the festival, with special flower displays of traditional arrangements and orchids taking center stage and creating a riot of color and wonderful scents.