Everything You Need to Know About Colombia’s Soccer Obsession 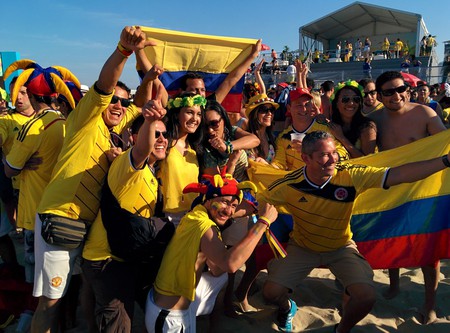 It’s no surprise to the world that Colombia is obsessed with soccer, and when the national team plays everyone is watching and supporting their country with pride. Colombia’s passion for the game is on another level to European countries; while England has some of the best teams in the world and many crazed fans, nothing compares to Colombia’s support for their national team.

When the Colombian national team is playing a game, the country goes soccer crazy: people wear their shirts with pride all day long, so at 7AM on the morning of a game there will definitely be someone walking around the city or town wearing a soccer shirt. When games begin in the afternoon (usually at 3PM), many companies give their employees the afternoon off work or let them leave early so they can watch the game. Matches are big social events; bars and restaurants will be brimming with people, watching and cheering on their team. Bogotá is a city with a big traffic problem, especially in rush hours, so it usually takes a long time to get from place to place. But when a game is played in the evening or afternoon, moving around the city becomes easy. Taxis are the only vehicles occupying the roads and the city’s streets resemble a ghost town. When Colombia wins a game the whole country becomes involved in a big party: no matter what day of the week, celebrations last long into the night and the atmosphere is amazing, lively and celebratory. 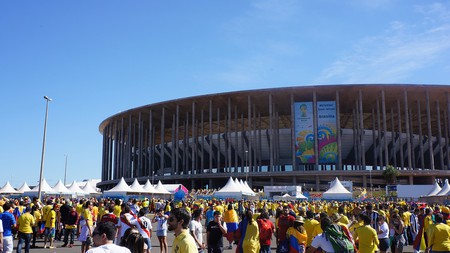 While Colombia has a large number of local teams, which a great number of individuals support, their popularity isn’t as great as it is for local teams in other countries. Soccer players are idols for children growing up and they follow their favorite players’ movements around individual teams. Colombian local teams don’t have the financial support like teams in English or European leagues do, so many Colombian national team players head overseas to play for bigger teams. There are Colombian players playing football all over Europe including for Real Madrid, Arsenal, Aston Villa and A.C. Milan. In fact, around 50 percent of the soccer players in the Colombian national team play for clubs outside of Colombia. 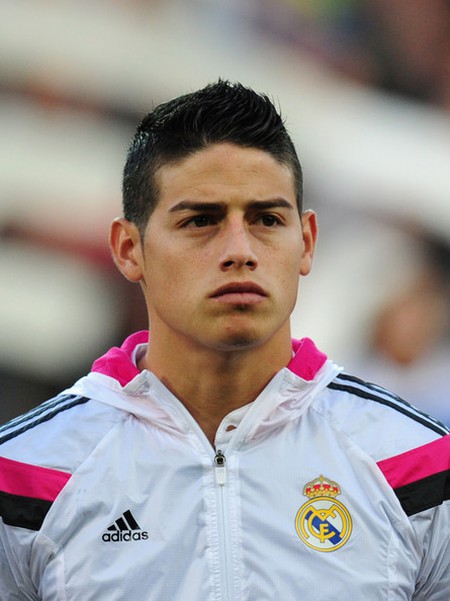 History of soccer in Colombia

While soccer is a big sport all over the world, one of the reasons for its popularity in Colombia is the players. Colombian soccer players don’t tend to come from the big cities; the majority of players come from small rural villages or towns outside of the major cities. Soccer is a popular sport played in Colombia by people of all ages as the game can be played anywhere: a field, park or back yard. For this reason it’s a sport which brings communities together. For example an open space in the middle of the Amazon rainforest could be used for a community to play the game in the evenings – they don’t have electricity or running water, but they can play soccer. In Colombia the majority of sports are inaccessible for a large number of people: in the cities swimming pools and tennis courts are confined to luxurious country clubs or private houses, and public swimming pools are located on the outskirts of cities in harder to reach areas. Soccer is accessible to all as a game to play or as a social event with friends or the community. In Colombia, soccer is a way to get communities together and gives individuals a sense of pride and unity. 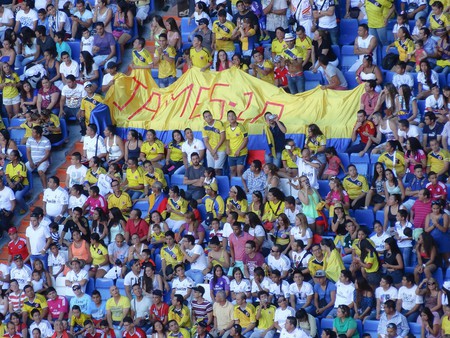 Colombian fans watching their team | © Donations_are_appreciated / Pixabay
Give us feedback