The Best Cultural Sights to Visit in Colombia 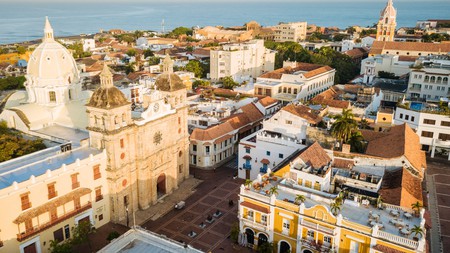 Visit Colombia for an array of cultural sights, unique nature trails and historic towns for you to explore | © Ben Pipe / Alamy Stock Photo

Colombia is a diverse country known for its breathtaking natural destinations, coffee plantations, historic architecture and thriving contemporary culture – and it’s also home to seven stunning Unesco World Heritage sites. We look at the best places to visit for an insight into Colombian culture and history.

Want to explore the Caribbean coast of Colombia? Join our eight-day epic small-group adventure. Or you may prefer a trip round the cities of the Andes – TRIPS by Culture Trip has that covered too, on an eight-day trip from Bogotà to Medellín.

Cartagena is a fortified coastal city that exudes its rich history through its centuries-old architecture. Founded in 1533, the city held a vital seaport for the Spanish conquerors, making it a key location to hold treasures acquired from the native population. This strategic value also made the city a prime target for pirates and other attackers, thus Cartagena was designed to be one of the most sophisticated fortifications of the time.

Unesco-listed in 1984, the key sights to see here include the old town within the walls and the many monuments that stand in and around the city. 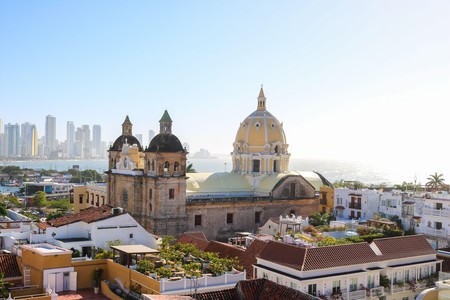 Located in Northwest Colombia and stretching over 72,000ha (177,915ac) Los Katíos is a Unesco-protected national park that is home to an abundance of rare and endangered animals, as well as a diverse wilderness that stretches from rainforests to mountains. The park also holds the world’s fastest river – the Atrato River – reportedly capable of pouring 4,900 m3 of water into the Caribbean Sea every second.

The national park has been listed as endangered since 2009 due to the damaging effects of deforestation as well as illegal fishing and hunting. Due to this, the park is not open for eco-tourism activities.

Santa Cruz de Mompox is an enchanting city that takes travelers back in time to the era of the Spanish Conquest. Founded a decade after Cartagena, Mompox became a crucial city in the Spanish colonization effort because of its position on the Magdalena River.

The time-defying qualities of the city come from the impressive preservation of architecture – dating back to the 16th century – and the fact that many of these buildings are still in use for their original purpose. Filled with multiple squares and colonial structures, the church of Santa Barbara stands out as one of the highlights of this entrancing city. 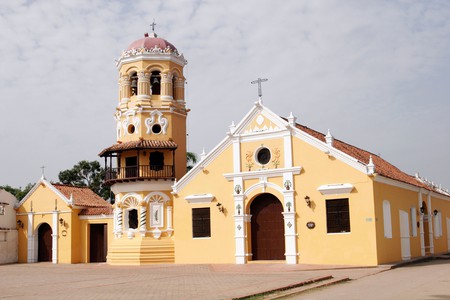 Delving back further into Colombia’s rich history, the National Archaeological Park of Tierradentro offers a window into the life and culture of the inhabitants before Spanish colonization. Located in the Cauca department of Colombia, the park hides many preserved hypogea (underground chambers), filled with engravings and objects that reveal social and cultural aspects of life from the sixth to the ninth centuries. These excavated finds are unique in their size and architectural sophistication – holding large interiors, curved walls and even staircases.

San Augustin Archaeological Park is located in Huila and holds hundreds of carved stone statues that date back thousands of years. These statues are incredible examples of the creativity and artistry of the inhabitants who left the area in the 8th century.

Inscribed as a world heritage site in 1995, the sculptures reveal the religious, artistic and technological aspects of this lost civilization. The three main areas in the park are Las Mesitas, Fuente de Lavapatas, and Bosque de Las Estatuas. 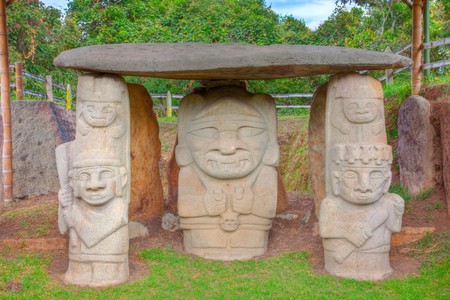 The largest no-fishing zone in the Eastern Tropical Pacific, Malpelo Fauna and Flora Sanctuary is a Unesco-listed area that is home to a number of endangered marine species. The sanctuary includes Malpelo Island and its surrounding waters, renowned as one of the best diving spots in the world. Home to rare and endangered species, Malpelo is recognized as a vital component of the biodiversity in the area.

The Coffee Triangle of Colombia

Protected as a world heritage site, the Coffee Triangle is a vast area around the Cordillera de Los Andes in the West of Colombia that is significant in its maintenance of tradition and its influence on the global coffee industry.

Colombian coffee is renowned all around the world for its high quality and flavor and the protection of this plantation-filled landscape is vital for its sustainability. The Coffee Triangle holds sweeping coffee plantations, historic architecture and beautiful mountainous views – providing awe-inspiring views, even for non-coffee drinkers. 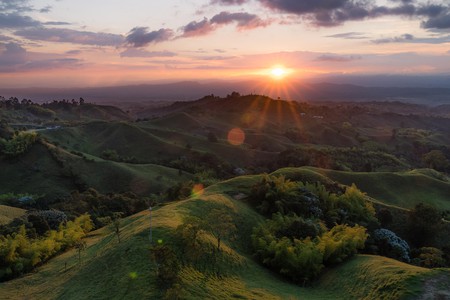 Close to the city of Santa Marta, Tayrona National Park sits on the coast of Colombia and is a haven of natural beauty. Here visitors will witness the meeting of picturesque beaches with lush rainforests, the combination of which creates a unique biosphere. Many tours of the park will also visit the ancient ruins of Ciudad Perdida.

Translated as the Lost City in Spanish, Ciudad Perdida is thought to have originated around 800CE – more than 500 years before Machu Picchu. Surrounded by forests, these age-old ruins hold an aura of mystery and beauty – and tell of a time long lost.

Gorgona Island lies about 50km (31mi) off the west coast of Colombia and has a rich history, with its unique location and geography being used for multiple reasons throughout the years. The earliest evidence found of human inhabitants dates back to 1300AD.

Swapping ownership between the indigenous Kuna people, Spanish rulers, pirates, Colombians and even the English, it also served as a prison from 1954 to 1984. Now a national park, it holds an abundance of wildlife and its surrounding waters are renowned as great scuba diving spots. 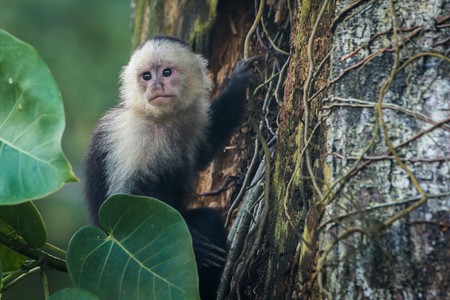 The capital of Colombia, one of the largest cities in South America, is full of museums, galleries and monuments that highlight the country’s past, present and future. A thriving cultural hub, it hosts festivals and events throughout the year, making it a great destination no matter what your interest. 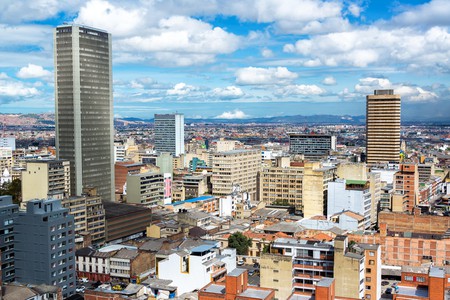