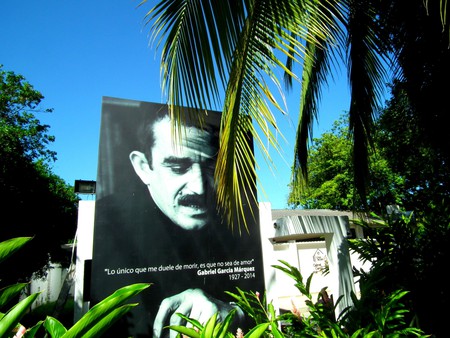 Google’s Doodle on March 6 was a commemoration of Colombia’s most famous author, the Nobel Prize-winning Gabriel García Márquez, who would have turned 91 that day. The colourful Doodle contained a profile image of the author, as well as several references to his most iconic literary creation: the little town of Macondo. But what is the real story behind Macondo?

García Márquez was born in 1927 in the tiny Colombian coastal town of Aracataca. The young Gabo, as he was affectionately nicknamed, was raised in the town by his maternal grandparents until he turned nine. He then lived with his father and mother on various parts of the Colombian coast, before moving to Bogotá for his studies, then to Barranquilla for his first jobs as a journalist, and ultimately to Caracas, Paris and finally Mexico City, where he settled until his death in 2014.

During his life, he wrote six novels, five novellas and many collections of short stories and non-fiction books. He is known as a pioneer of the literary genre known as magical realism and received the Nobel Prize for Literature in 1982. 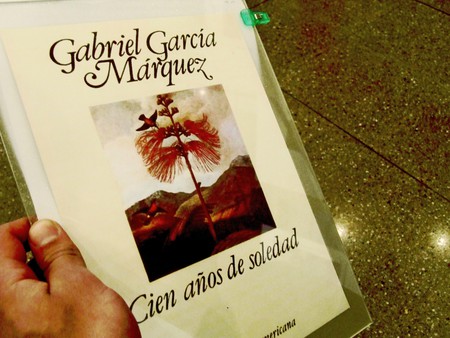 But what of Macondo, the subject of the Google Doodle in question? Macondo, in spite of all the memorable characters García Márquez created in his many books, is clearly the author’s most enduring and celebrated creation. The fascinating thing about this is that Macondo wasn’t dreamed up in Gabo’s imagination: the town is clearly based on Aracataca, the town of his birth and childhood. Marquez himself wrote, in his autobiography Living to Tell the Tale, that he took the name ‘Macondo’ from a sign he saw at a banana plantation near the town, and that it is also the name of a local species of tree.

Macondo appears in three of García Márquez’s works: it made its first appearance in the short story Leaf Storm, and featured briefly in In Evil Hour. However, it was in García Márquez’s 1967 landmark novel One Hundred Years of Solitude that Macondo became the most famous fictional town in history as the home of the Buendia family. The novel charts the rise and fall of Macondo – which grows from a tiny settlement by a river, isolated from the rest of Colombia, to a thriving town – through the lives of the Buendia clan. Following the establishment of a banana plantation, and a subsequent massacre of banana workers by government forces, the town is wiped from all memory by a windstorm. 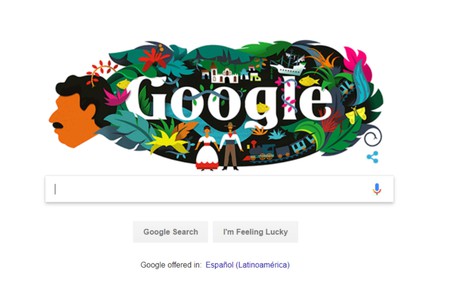 Google’s Doodle, seen above, contains many reference points to the great novel, and to Macondo in general. The little town is represented in the image of a church and houses, the little gold fishes that one character makes from real gold can be seen on the top left, the yellow butterflies which are invoked throughout the book are represented on the right, and the railway, which brings riches and then such ruin to Macondo, in at the base of the Doodle, alongside images that presumably represent members of the Buendia family.

The beauty of Macondo is that, in a sense, it was (and is) a real place: Aracataca. Márquez once said that much of the inspiration for his fiction came from growing up with his grandparents in Aracataca, the stories they told him and the real events which took place in the town.

In fact, for anyone with a love for Marquez who wishes to discover the real Macondo, it is possible to visit and take your very own little Gabo tour. His birth house is the site of an interesting museum, as is the telegraph office where his father worked. The old train station remains, as does the ‘river of clear water [running] along a bed of polished stones’ which is invoked on the novel’s first page. Many of Gabo’s relatives still live in the town, although there are few alive now who remember him living there as a young boy. A referendum to rename Aracataca as Macondo only failed due to low voter turnout. 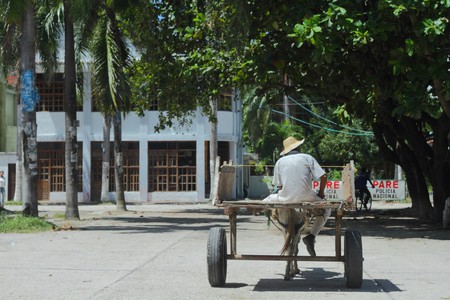 Getting to Aracataca is easy from the Colombian coastal city of Santa Marta. A bus inland to the town takes just over an hour, and they leave regularly from the bus terminal. You can easily visit for a day, but it’s nice to spend a night to enjoy the evening ambience, as well as to be able to enjoy walking the town in the cool of the early morning and evening, before the oppressive heat of midday (so vividly described by Garcia Marquez himself) kicks in. So there’s the true story of Gabriel García Márquez’s Macondo, probably the most celebrated, and possibly the most visited, fictional town in history and, partly thanks to Google, about to be discovered by a whole new generation.