Colombia's Vallenato: What to Know About the Iconic Music That Inspired Gabriel Marquez 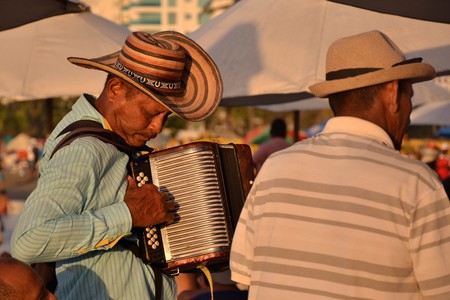 In the bars, on the streets, in the buses, music is everywhere in Colombia. Cumbia, salsa and reggaeton are among the favorite styles, but vallenato reigns supreme. The genre originates from Colombia’s Caribbean coast and blends African, European and indigenous cultures. A highly lyrical and expressive musical form, vallenato even inspired the Nobel Prize-winning author Gabriel García Márquez.

Vallenatos are typically made with three instruments: the guacharaca, a wooden percussion instrument invented by the indigenous Tairona people, the caja, a drum that originated from African slave communities and the accordion, a European instrument. 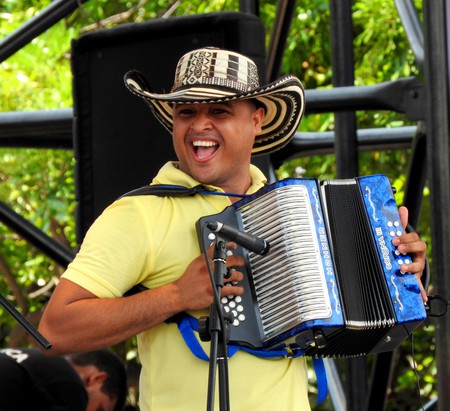 The name vallenato translates as “from the valley,” which makes reference to the music’s origins in the northern Colombian city of Valledupar. The earliest vallenatos were performed by traveling minstrels who moved from town to town singing songs of broken-hearted love and bringing news from other regions.

Because of these rural origins, vallenato was traditionally considered a musical genre for the working classes, until it gradually became popular across the social spectrum during the mid-20th century.

Traditional vallenatos have four varieties of beats or “airs.” The son is the slowest and is typically used for melancholy songs. The paseo has a varying speed and is the most versatile and common beat. The merengue and the puya are typically faster and are often used for dancing.

Much like hip-hop, vallenato has a competitive component in which two singers challenge each other in a battle of wits. The battle, or piqueria, requires humor and excellent improvisational skills, as the dueling participants take turns singing rapidly over the backing accordions.

One of the most famous vallenato songs, “La Gota Fria” (The Cold Drop) evolved from a classic piqueria between the singer Emiliano Zuleta, and his bitter rival, Lorenzo Morales.

In the song, Zuleta says Morales broke into a “fearful cold sweat” when he heard him singing, producing “the cold drop” referenced in the title. The singer boasts about his accordion skills, says Morales can never beat him and even mocks him as uneducated and uncultured. 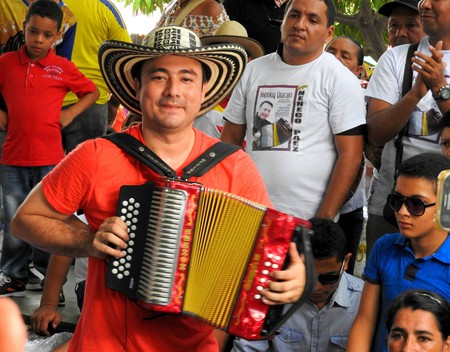 The most famous version of the traditional song was performed by the “new wave” vallenato singer Carlos Vives. His 1993 rendition of the song was a huge success across Latin America, but scandalized some purists because it fused elements of rock with traditional vallenato.

If the name Carlos Vives sounds familiar, that’s probably because of his 2016 collaboration with Shakira on the global hit “La Bicicleta.” The song uses vallenato accordions and was originally titled “Vallenato Desesperado” (A Desperate Vallenato).

The song followed a wave of resurgent interest in the genre. In 2015, UNESCO even added vallenato to its Intangible Cultural Heritage List.

Perhaps the most famous of all the people vallenato has influenced was not a singer at all. The late Colombian novelist Gabriel García Márquez was a lifelong fan of the genre, and once even described One Hundred Years of Solitude, his most famous novel, as a “350-page vallenato.”

The writer loved to talk about the genre, and would regularly reflect on its literary form and merit.

“Without any doubt, I think that my influences, especially from Colombia, were extra-literary,” the author said. “More than any book, I think what opened my eyes was music, vallenato songs… What called my attention most of all was the form the songs used, the way they told a fact, a story… All quite naturally.” 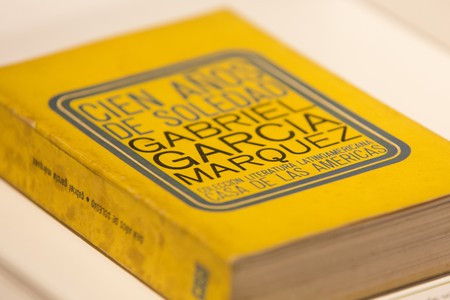 One Hundred Years of Solitude | © culturaargentina / Flickr
Give us feedback