Waterfall near the Santa Rosa Thermal Spa in Santa Rosa de Cabal in Colombia | © Danaan/Shutterstock
Colombia is home to some of the world’s most beautiful waterfalls due the country’s biodiverse environment, mountainous landscapes and abundance of water. Check out these spectacular examples. 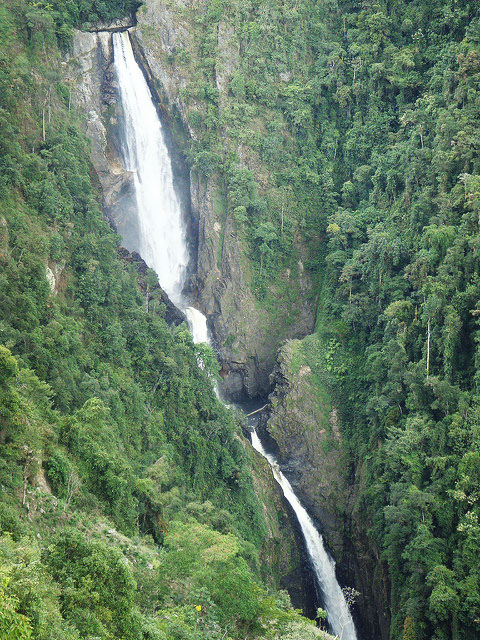 La Chorrera waterfall, which has a 590 meter (1,936ft) sheer drop, is Colombia’s tallest waterfall and is located just 45 minutes outside of Bogota, in an historic colonial town called Choachí (this is the perfect place to visit for a day trip from the city). This beautiful waterfall is located at the end of a 3 hour or 15km hike through the mountains, past creeks and through forests filled with a variety of plant species, to an altitude of 2,480m. Although swimming is not permitted you can climb down to the bottom and stand within the spray and soak up the fresh water and air. This fall is often referred to as mysterious or romantic due to the mist, which can sometimes be seen at the top of the waterfall.

Located near San Agustín, in a small town called Hula, this beautiful 400m (1,300ft) waterfall is Colombia’s tallest uninterrupted waterfall. Although there is no access to the bottom, there is a view point across the valley with panoramic views of the cascade and the surrounding mountains; this can be reached from a 10km dirt road leading up the mountain. The waterfall flows from the Magdalena River and is located in the National Park Puracé. 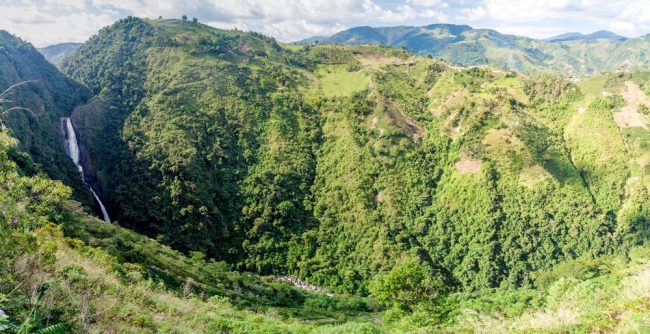 The Mirinka waterfall is situated in the Sierre Nevada de Santa Marta (an ideal location for a day trip from Minca). Take a 1 hour hike and discover the magical waterfall, which flows from high in the snow peaked mountains. For a small charge of 3,000COP you have access to the waterfall, swimming area and National Park. The fall is located in a vast jungle environment with fast flowing streams.

This breathtaking waterfall is located 32km just outside of Colombia’s capital Bogota. The falls have a 157m drop and there is no access to its base, but there is a viewing platform located across the valley, close to an old abandoned hotel called Hotel El Refugio del Salto, which overlooks the falls. This spooky hotel provides a great photo opportunity and a picturesque view. A native Colombian tribe, called the Muisca tribe, credited the waterfall with draining the lake covering the Bogota savannah, which allowed them to found the city. This is a mystical and sacred place, where fog often drifts over the waterfall creating a cool and enchanting environment.

Located in Jardin, around 140km from Medellin in the municipal of Antioquia, this unique waterfall is located within a cave. Deep within the cave is a round hole through to the river above, which creates a beautiful little waterfall. The site can be reached by a one hour horse ride, followed by a 20 minute hike to the falls. In this area you can swim in the waterfall, go caving, abseiling, visit coffee plantations, go paragliding, and see endangered parrots and other birds. 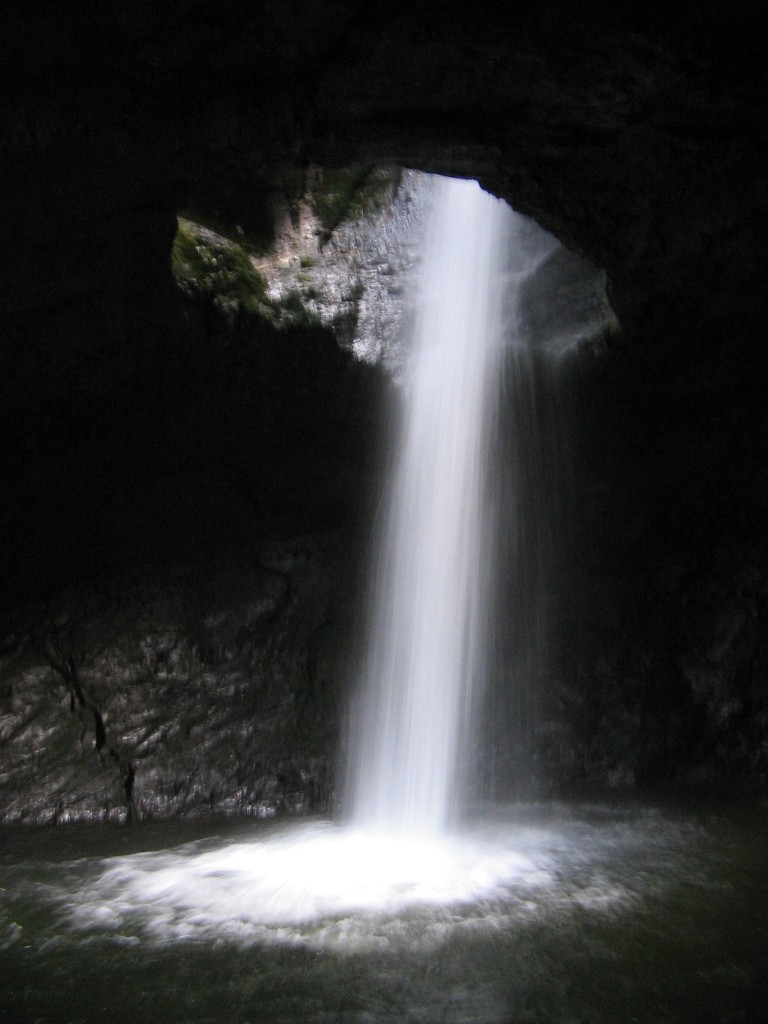 The Salto Candelas is located 70km from Boyaca in the town of Sogamoso. The water flows from the River Cusiana, an important water source and reserve for the surrounding area and East Andes Mountain range. This is one of the most powerful waterfalls in Colombia and contains one of the largest volumes of water within a waterfall in the country. This area is a cultural and environmental heritage site.

This waterfall is located within the Mesa de los Santos close to Bucaramanga. The best views of this waterfall are from across the canyon at the viewing area: from there you can take in the vast and unique environment of the table mountains and waterfall. It is best visited in the rainy season when the water is fast flowing.

This waterfall is located in Florian, Santander and flows directly from a cave. The waterfall and its unique step-like mountains make for an interesting cascade flowing down the mountain from a height of 300m. Colombia has many more beautiful waterfalls located within and around many of its National Parks.