Chiribiquete: How the Latest UNESCO World Heritage Site in Colombia Honors the Jaguar 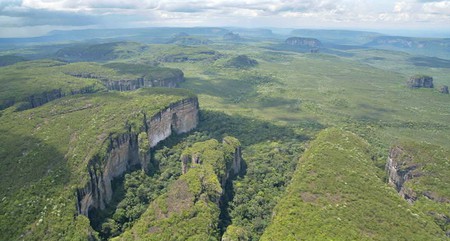 The world will now protect the animals, nature, pictographs, and cultures thriving in this biodiverse site that honors the jaguar.

Colombia’s Chiribiquete National Park has been declared UNESCO’s newest World Heritage Site. It’s also been expanded in size to become the world’s largest protected tropical rainforest and national park. This represents monumental news for local conservationists and archaeologists, since the park is home to thousands of unique and endangered species, as well as some of the most important pictograms in the Americas.

The Serranía del Chiribiquete was first declared a protected area back in 1989 when it covered 5,019 square miles (1.3 million hectares). It’s since been expanded twice: in 2013, the park grew to 10,810 square miles (2.8 million hectares), while this month Chiribiquete was expanded by a further 5,791 square miles. To put the expansion into context, Chiribiquete has grown by an area the size of Northern Ireland at the stroke of a pen – the total area is now roughly the size of Denmark. This also makes it the world’s largest tropical rainforest national park.

At the same time as the expansion, UNESCO also named Chiribiquete its newest World Heritage Site on account of its “outstanding universal value” in both environmental and cultural terms. UNESCO named Chiribiquete a World Heritage Site under the name “Maloca of the Jaguar” – a reference to the ancient pictograms found there, many of them depicting jaguars. The paintings are found on the rock walls of the tepuis (which is a Native American word meaning table-top mountain) and are the defining physical feature of the National Park.

There are over 75,000 pictograms at more than 60 individual sites in Chiribiquete, with some of them believed to be up to 20,000 years old. This would make them some of the earliest examples of pictographic art in the Americas. UNESCO describes them as “linked to the worship of the jaguar, a symbol of power and fertility” and states that, “These paintings depict hunting scenes, battles, dances and ceremonies.” Similar pictograms can be seen (and visited) on smaller tepuis in the Serrania La Lindosa near the city of San Jose del Guaviare. These paintings were also recently declared a Colombian Protected Archaeological Area. 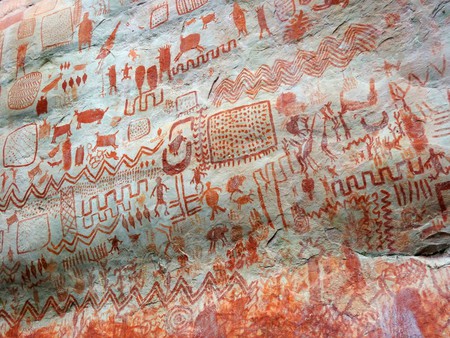 As well as being a vital repository for this pre-Colombian art, Chiribiquete is also a key global conservation area. The park shelters such rare species as the jaguar, tapir, manatee, brown woolly monkey, and giant anteater, and is home to at least 300 species of birds and the same number of butterflies. The park has a history of being isolated and untouched due to years of armed conflict in the region that kept visitors away; therefore, scientists also believe that Chiribiquete could shelter far more biodiversity than is currently known.

The park may shelter more than just unknown wildlife – it’s also speculated that Chiribiquete could be home to uncontacted indigenous peoples, the descendants of those who painted the ancient rock art. According to Mary Lou Higgins, the Director of WWF Colombia, the park “is also of vital importance to indigenous groups, some of whom remain uncontacted today, or live in voluntary isolation.” Therefore, Chiribiquete is both environmentally and culturally important. 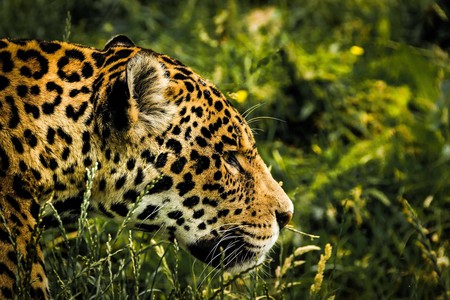 The jaguar is an important symbol of the park | © cmart29 / Pixabay

The news of Chiribiquete’s UNESCO designation has been met with celebration and excitement in Colombia and has been hailed by local and international conservationists as a key step in protecting the country’s remarkable biodiversity. Colombian President Juan Manual Santos described it as “great news for Colombia” and declared his intention to visit the park to mark the designation before he leaves office later this year. Sadly for travelers to Colombia, the park cannot be visited by just anyone, and those wishing to experience the wonder of Chiribiquete will have to be content with a fairly costly flyover, departing from San Jose del Guaviare. There are commercial tour operators in Colombia offering this once-in-a-lifetime trip.

Chiribiquete becomes Colombia’s ninth World Heritage Site (of 1,092 globally) and joins other natural sites such as the Coffee Region, Los Katios National Park, and Malpelo Flora and Fauna Sanctuary. Important Colombian cultural sites that are on the list are the historical center of Mompos, Tierradentro and San Agustin Archaeological Parks, the Qhapaq Ñan Inca Road System, and the Walled City of Cartagena. However, with the increased size and stronger protection now afforded to Chiribiquete, along with its double significance in cultural and environmental importance, it has arguably become Colombia’s most important World Heritage Site of all.