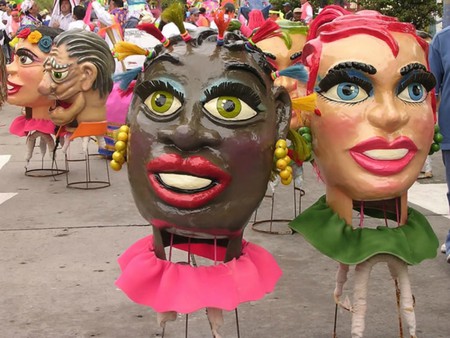 The southern Colombian city of Pasto is not very well known among travellers, but there is one event that takes place there every year that attracts people from around the world: the Pasto Blacks and Whites’ Carnival. This UNESCO-recognised carnival takes place every January and is unique in its celebration of racial heritage and diversity.

Every year between January 2 and 7, the otherwise nondescript town of Pasto, in the southern Colombian department of Narino, comes to life. The Carnaval de Blancos y Negros, or Blacks and Whites’ Carnival, is the largest carnival celebration in southern Colombia, and draws a considerable number of tourists from across the country and the world. For six incredible days, the city becomes one giant party, as people take to the streets in parades, dressed in colourful costumes, and shower each other with foam and talcum powder. It’s a noisy, messy and fun way to see in the start of the new year.

However, it’s the events of January 5 and 6 that are especially unique and interesting in Pasto’s carnival culture: the 5th is the Blacks’ Day and the 6th is the Whites’ Day. But what is the significance of these days, not to mention the name of the festival itself? 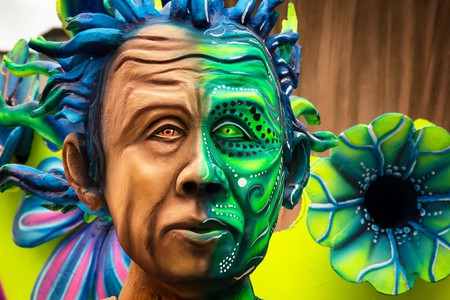 First comes the Blacks’ Day, which was the day when, traditionally, African slaves were free to indulge in playful behaviour and have fun. The motto of the day is “¡Que vivan los Negros!” and the phrase can typically be heard being shouted by people throughout the city. The other important tradition of Blacks’ Day is that local people take to the streets to dance and sing while painted in black (usually just on their face, but sometimes on their whole body). They use special creams made for this exact purpose, or use makeup or black paint. The idea of the day was to make all classes and ethnic groups the same for at least a day, as the face paint allows for few distinctions. 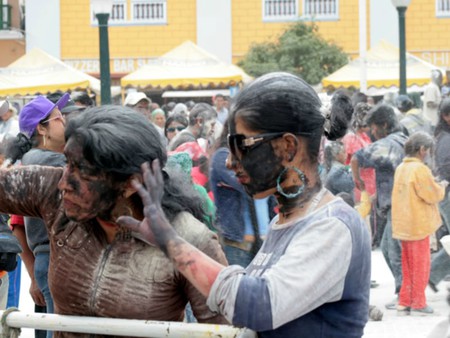 Then, the next day, the Whites’ Day arrives. Naturally, as with the Black’s Day, the phrase of this day is “¡Que vivan los Blancos!” and, rather than the black face paint of the previous day, people paint their faces white, usually using talcum powder and a mixture of cream or cosmetic paint. This is the day of the Great Parade in Pasto, when a huge parade marches 15 kilometres (nine miles) through the streets of the city. The parade itself can be up to seven kilometres (four miles) long and consists of giant floats, groups of dancers and musicians and people dressed in elaborate costumes. It’s the culmination of the festival and easily the most well-attended event of the entire week’s festivities. 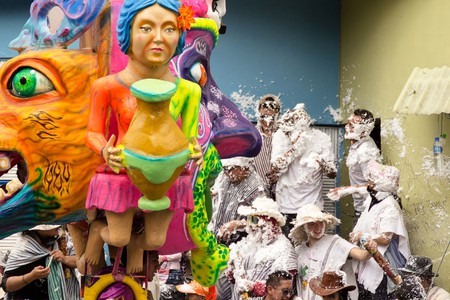 Pasto Blacks and Whites’ Carnival can often seem like an odd event to outsiders, but it has become, over its more than 100-year modern history (the roots of the event go back much further, to the time of indigenous festivities), one of Colombia’s most important carnivals and cultural expressions. It is considered so unique and culturally significant that UNESCO named it one of their Masterpieces of the Oral and Intangible Heritage of Humanity ack in 2009. So if you are planning a trip to Colombia in January, then make sure to book – well in advance! – flights and a hotel in Pasto, so that you can join in the celebrations of one of the world’s most unique festivals: the Blacks and Whites’ Carnival of Pasto.