Beyond El Dorado: The Art Of Gold In Ancient Colombia 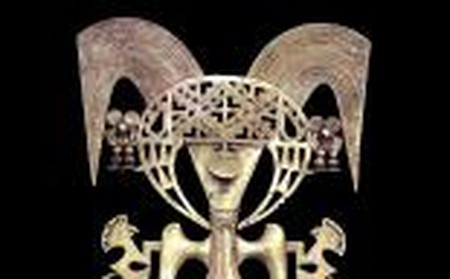 The British Museum reveals the little known truth surrounding the mythical kingdom of El Dorado with its exhibition Beyond El Dorado: power and gold in ancient Colombia. Through a display of 300 skilfully crafted gold objects comprised of sculptures, jewellery and vessels, the museum sheds light on the ancient and complex cultures of the area around modern day Bogotá. 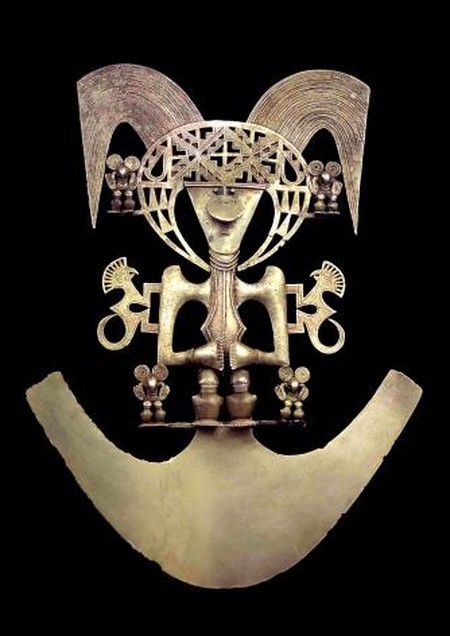 Like the iconic lost city of Atlantis or the myth of the City of Caesars in Patagonia, the imagined kingdom of El Dorado has eluded those in search of its treasures since the arrival of the Spanish to South America. Yet, as the British Museum’s exhibition Beyond El Dorado: power and gold in ancient Colombia reveals, the truth of El Dorado may be more fascinating than previously believed.

Spanish for “The Golden One,” El Dorado does not actually refer to a place, but rather to a ritual undertaken by early Muisca chiefs. During a tribal initiation ceremony, the people’s future ruler was set adrift on a raft in the middle of Guatavita Lake near modern day Bogotá. Stripped bare he was then dusted with a blanket of powdered gold and submerged in the waters of the great lagoon together with a heap of precious metal sculptures and jewels, to re-emerge as the new king. Spanish discovery of these sacrificial treasures stirred subsequent discussions of a yet undiscovered city of gold.

More than half of the Muisca gold production likely wound up at the bottom of lakes or buried deep in caves as offerings to the gods. When the Spanish came upon the wealth of objects in Guatavita Lake, the water was drained, the artworks seized, melted and formed into ingots. Yet despite their no doubt exhaustive efforts, many of the works escaped their grasp, and remain to aid our understanding of this largely undocumented period. 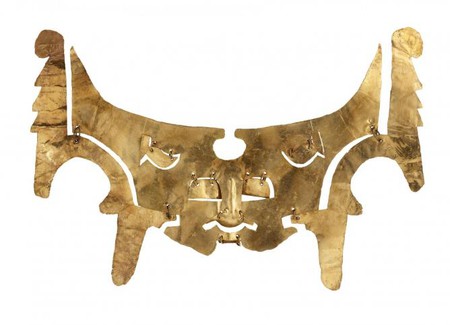 The British Museum exhibition presents around 300 ancient gold objects from Colombia’s Museo del Oro, the world’s leading collection of Pre-Columbian art, and from their own impressive holdings. These artefacts, all fashioned before European colonisation, represent some of the most awe inspiring creations of the indigenous South American people. Highly sophisticated and intriguingly dramatic, these gilded works reveal ancient Colombia’s complex network of societies, which thrived between 1600 BC and 1600 AD. Focussing on the Muisca, Quimbaya, Calima, Tairona, Tolima and Zenú chiefdoms, the exhibition sheds light on the value and purpose that the ore had for these ancient civilisations as well as traditional gold working techniques. 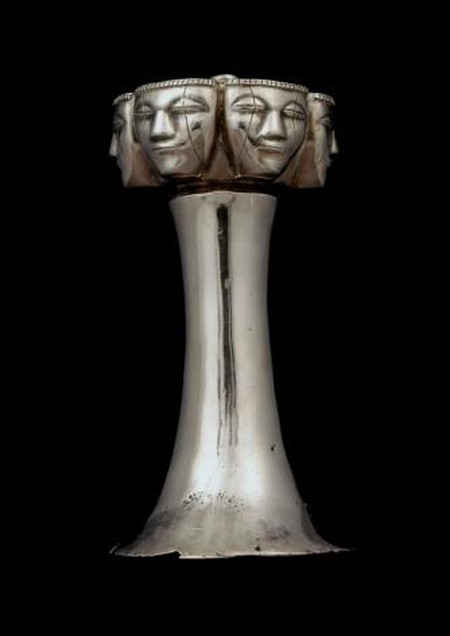 The significance of gold to these ancient Colombian populations cannot be understood in terms of the modern currency driven desire to possess this rare metal. Rather, gold was known to have important symbolic and spiritual meaning, and was used to engage with animal spirits, music, dance and sunlight. Likewise, gold objects were often incorporated in ritualised hallucination, whereby one would experience physical and spiritual transformation to facilitate communication with the supernatural. Often these transformations involved animals, and thus jewellery showcasing avian pectorals, necklaces with feline claws or portrayals of men transforming into bat-like creatures by embellishing their bodies with such objects, are prevalent amongst pre-colombian gold artefacts. Those participating in these ancient customs were most frequently the elite, and thus gold became a symbol of status and proximity to the divine.

To accompany the selection of gilt relics on display, the British Museum offers further insight into popular ancient gold working techniques. Lime powder containers known as poporos, are used to display the expert use of hammering and the lost wax process. Meanwhile, highlighting the use of tumbaga, an alloy composed of gold mixed with copper or silver, makes evident the fact that these populations were not concerned with the depreciated monetary value of a diluted gold metal. It was the glittering surface of the substance that mattered, and thus pre-Colombian people gave no thought to creating a variety of shades through its mixture. 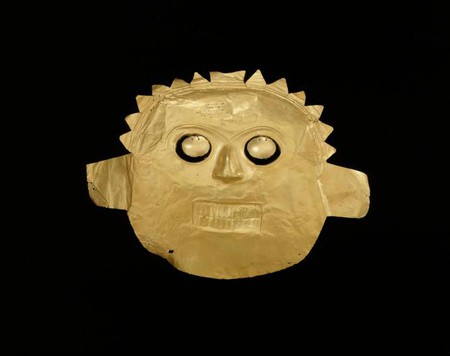 Not included in the exhibition is the sculpture of the Muisca Raft, a small statue representing the newly inaugurated chieftain on his ceremonial raft. Found by chance in a cave in 1969, the piece is one of only two models of this subject. As the second model was destroyed in a fire aboard a ship while on route to Germany, the loan of the Muisca Raft is prohibited.