Become a Colombian Cowboy in the Great Eastern Plains 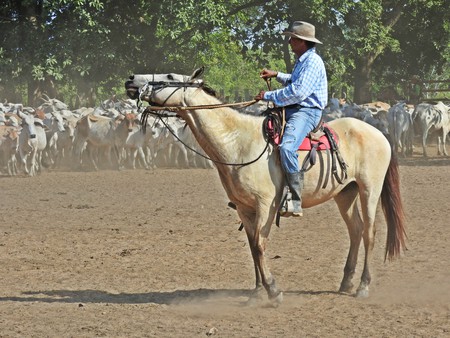 Colombia’s great Eastern Plains – or Llanos Orientales – consist of the regions of Arauca, Casanare, and Meta, and cover a vast area of the country. It’s also home to one of Colombia’s most unique and celebrated cultures: the llaneros, who are essentially Colombian cowboys. The llanos sees very little tourism, but if you visit you can discover this fascinating culture firsthand, and try your hand at becoming a Colombian cowboy.

The Eastern Plains of Colombia are a vast tropical grassland region crisscrossed with vast rivers and full of stunning wildlife. The plains also flood for almost six months of every year between May and October, when the heavy rains of the wet season can cause huge inland lakes of up to one meter in depth to temporarily form. Due to this consistent and heavy flooding, the grasslands were wholly unsuitable for most forms of agriculture before the development of modern farming technology. Therefore, during the era of Spanish colonialism, the principal economy of the llanos region was herding cattle, a tradition which has continued to this day. 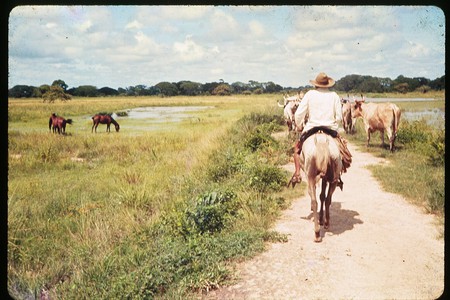 As this archival image from the 1960s shows, llaneros have been herding cattle in the plains for many decades | © Liz Henry / Flickr

The Colombian cowboys of the Eastern Plains are known as llaneros, which basically translates as ‘plainsmen.’ They have a reputation in Colombia (and Venezuela, which also counts on a huge plains region) for toughness and a certain wildness, partly borne out of their starring role in the Wars of Independence, when llaneros made up the bulk of the cavalry (for both sides of the conflict). However, their culture goes beyond simply herding cattle, and encompasses music, dancing, a love of nature, and many other unique aspects. No trip to the Eastern Plains – which many people enjoy for ecotourism purposes – would be complete without learning a little about llanero culture.

However, the principal culture of the llanero revolves around the 12 million or so cattle that live on the plains. They spend huge portions of the year herding these cattle between high and low ground to escape periods of extreme flooding and drought, and, naturally, are exceptionally skilled at riding horses, lassoing cows, and reading the landscapes of the plains. They often compete in contests known as coleos, where they compete to drag cattle to the ground (not dissimilar to a rodeo). 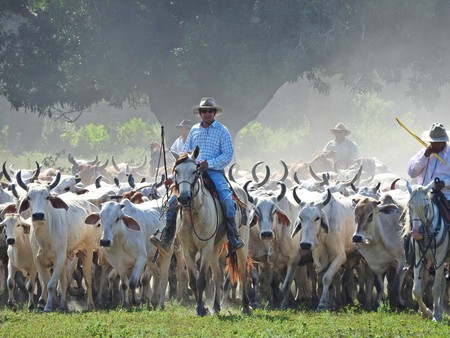 The other central pillar of llanero culture is music: a distinct type of music known as joropo is the principal musical expression of llanero culture, and the key instruments in the music of the Eastern Plains are the maracas, the harp, and a small guitar known as a cuatro. The lyrics of llanero songs are highly evocative of place and tend to emphasize place names, the names of birds and animals of the plains, cattle, horses, and a love for the outdoors. The dance is lively and boisterous, and a party in the llanos is never without a group of men in cowboy hats singing songs.

Llanero food is also a key component of their unique culture – unsurprisingly, the diet consists largely of meat, particularly beef and the meat of the capybara, a large rodent which is abundant on the plains. A llanero-style BBQ is easily one of the most popular typical meals to be found in Colombia, and BBQ joints are ubiquitous throughout the plains region. 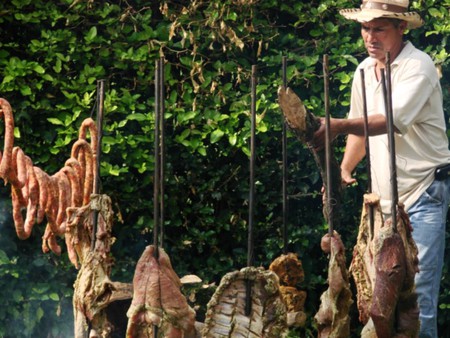 Tourism in the llanos is a relatively new and developing concept, but a key aspect of it is the universal appeal and romance of the llanero lifestyle – most tours in the region include riding, as well as typical llanos musical performances and even lessons in how to rope a cow or milk! Ecotourism ranches like Hato La Aurora and La Palmita in Casanare are excellent places to visit in order to enjoy not just an unbelievable wildlife experience, but also to discover the llanero culture. You could also attend one of the important festivals in the region, such as the Garcero del Llano Festival in Yopal, Casanare, the Festival del Joropo in Villavicencio, or the Cuadrillas de San Martín Festival in Meta department. 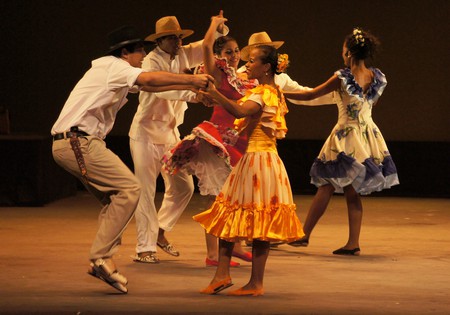 One thing is for certain: while you may never actually get to be a Colombian cowboy, discovering and participating in their culture in the great Eastern Plains of Colombia is a unique and unforgettable experience for sure!