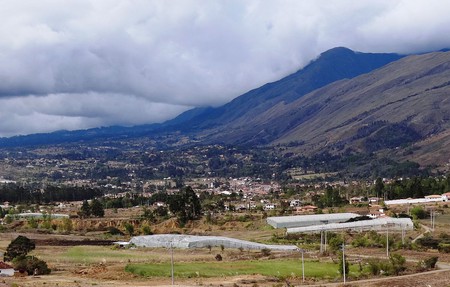 The rural area around Villa de Leyva I © Petruss/WikiCommons

A picturesque historical town set high in the Andes, Colombia‘s Villa de Leyva is one of the country’s top attractions and is home to some of its best preserved colonial architecture. Located a three-hour drive northeast from the capital Bogotá, the 16th-century cobbled streets, terracotta tile roofs and whitewashed buildings welcome visitors to this unique corner of the Boyacá department. Read on for our guide to the secrets of this rural gem.

Villa de Leyva was first inhabited by the Muisca, one of the four advanced civilizations of the Americas that also included the Incas, the Mayans and the Aztecs. The town fell to the Spanish at the time of the conquest in the 16th century, whereupon it was officially founded on June 12, 1572 by Captian Hernan Suárez de Villalobos, and named after Andres Díaz Venero de Leyva, the first president of what had then become the New Kingdom of Granada. Since then, the town has hardly changed with the passing of time.

The city’s architecture is Spanish influenced, and its central Plaza Mayor is believed to be one of the biggest in Colombia and South America, covering some 14,000 square meters. The town’s striking architecture is set to a dramatic backdrop of verdant rolling hills that extend beyond into the surrounding rural areas.

Villa de Leyva has become a popular tourist destination with people visiting from all over the world, as well as a large number of Colombians choosing to spend a long weekend break in its charming setting. In addition to the large number of unique family-run hotels and accommodation varieties, the town also offers a variety of artisan products and delicious home-cooked style food.

Surrounded by rural areas, as well as a semi-desert and a large picturesque lake area, Villa de Leyva has a number of annual events including a food festival (November), a jazz festival (July), a kite festival (August) and a light festival (December 7).

The rural area around Villa de Leyva I | © Petruss/WikiCommons

Beyond the town, visitors can take in El Infiernito, a pre-Colombian archaeo-astronomical site with standing stones and burial mounds crafted by the Muisca for religious ceremonies. First discovered by 1847 by the Colombian army geographer Joaquin Acosta, the site has since been excavated to reveal 109 standing stones whittled from pink sandstone, lined from north to south in what is believed to represent the Muisca calendar.

Located just outside of the town is another unique phenomenon of the pottery variety – the terracotta house. Built by Octavio Mendoza, who constructed the house entirely of clay using pottery techniques, the 500 square meter dwelling is open for visitors to explore. 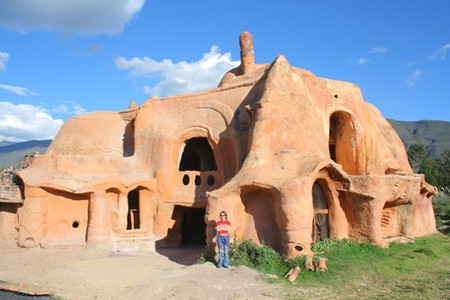 Another great day trip from Villa de Leyva is the Iguaque National Park, some 8 miles (13 kilometres) away. The National Park’s ecosystem is home to unique and endangered flora and fauna, while the mountains offer fantastic hiking opportunities in the great outdoors for those keen to discover the birthplace of the Muisca community and their sacred Lake Iguaque.