In the historic heart of Cartagena, inside the five-hundred-year-old Spanish ramparts built to defend pirate attacks, lies an ode to Andalusia. Situated along the Caribbean coast, Cartagena symbolizes a “new” Colombia, one miles away from an episode of Narcos. It’s vivacious and vibrant; furnished with Brooklyn-like boutiques and trendy restaurants, seemingly out of SoHo.

This is the Cartagena more than 400,000 tourists visit each year. On the other hand, the Cartagena they ignore, just steps beyond the cobblestones of Plaza de Bolivar, has swatches of slums literally located in landfills. Places so crowded that families three generations strong, share a single room. One such slum, La Boquilla, is transforming itself from landfill to an eco-friendly, green fishing village. 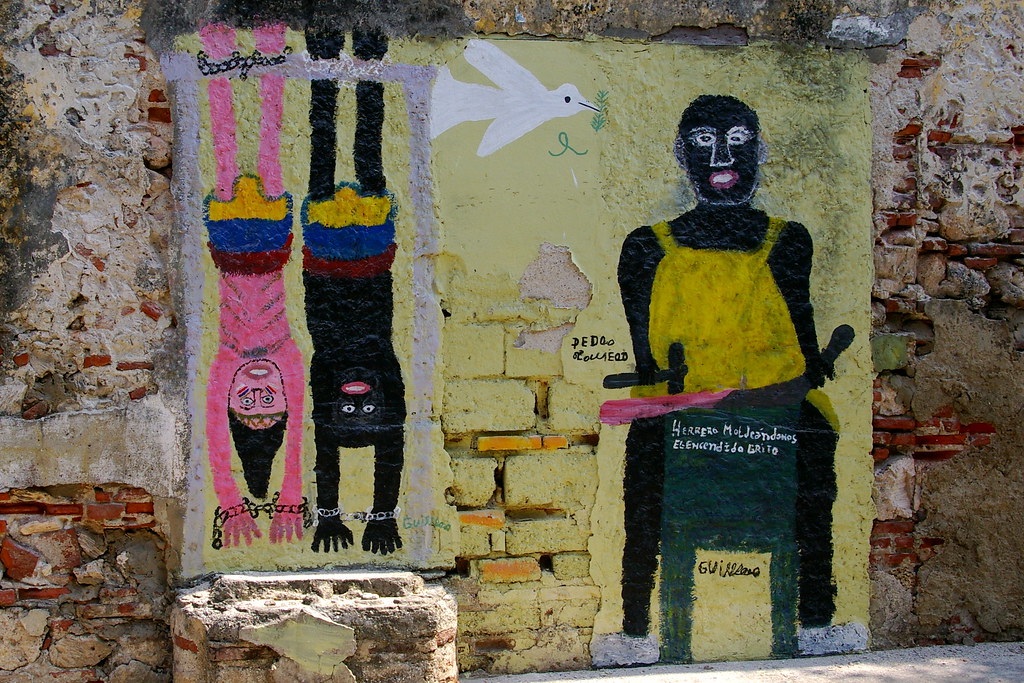 Surrounded by the Ciénaga de Juan Polo and Ciénaga de la Virgen lagoons, and located at the edges of the Caribbean Sea, La Boquilla would be paradise if it weren’t for the filth. Sometimes there’s beauty in the mire, and that seems to be the case here. A dozen canoes made from scrap wood bob along the shore. In the distance, plastic bottles act as buoys, marking the location of crab cages fashioned out of old metal. It may have been garbage, but it’s found a purpose once again, and local villagers like Juan, are excited to share this rebirth with the handful of tourists ready to brave the waters.

Juan, a forty-something year-old fisherman from La Boquilla, has been leading fishing tours for a few years now. Atop his shabby canoe, he guides his guests—through mangrove tunnels littered with flocks of birds and fishermen plucking crabs, shrimp, and small fish from the lagoons—to his fishing spots.

Gliding through the groves, Juan stops the boat alongside tree branches. He picks at the root of one, peeling off an oyster. “Not ready yet,” he says.

As they do with all the animals in these waters, Juan and his fellow fishermen refuse to eat the “babies,” so all baby oysters, crabs, and fish are tossed back into the lagoon to be fished at a later date.

We paddled onward to his fishing spot. His partner hopped out of the boat with a handful of sardines, pulled out a knife, and began slicing each in half. Juan grabbed a massive fishing net from the back of the boat. It was time to catch more bait.

He tossed the web-like netting into the water with a minimum of effort, and after what couldn’t have been more than three seconds, reeled in the web to reveal a few more sardines. He motioned towards the tour group to give it a try. Struggling even to hold the net, each group member tried replicating Juan’s frisbee-like cast. The result was a collective failure, with almost every toss looking more like a plate falling from a cabinet than the spiral cast of the pros. From there, his partner sliced up the bait and shoved each fish into a little pouch inside a rusty, metal cage. 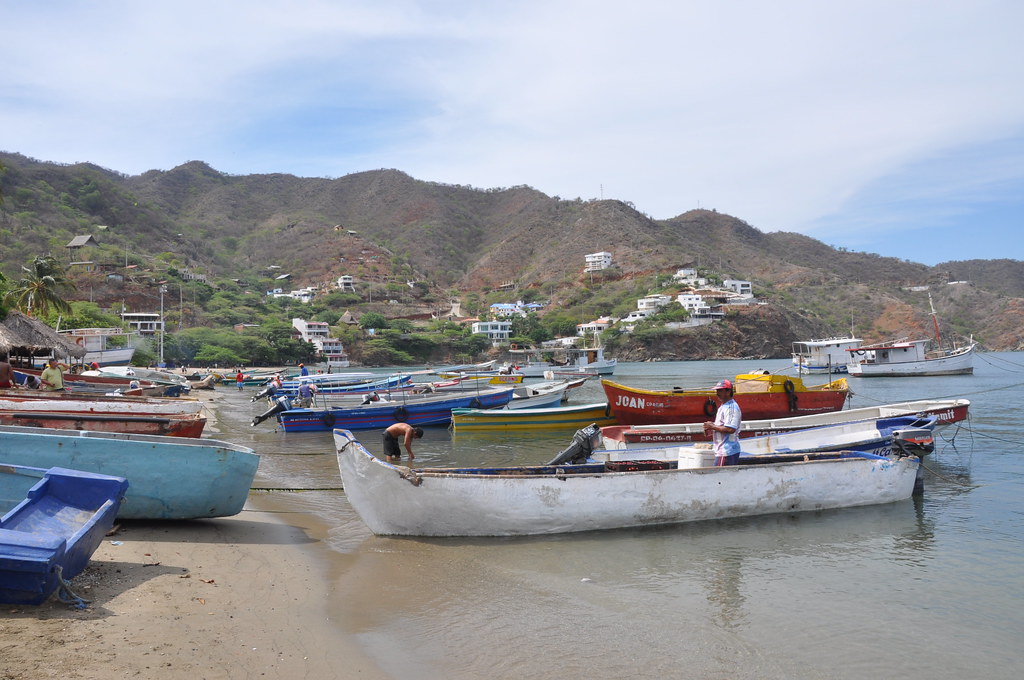 Juan runs through the function of the netting—to trap the bait, and cage—to catch crabs. He goes on to explain that once trapped, it’s nearly impossible for the crab to escape, because when the trap is lowered into the water, and reaches the bottom, the release in tension allows the sides of the cage to open and admit the crustaceans. They then try and eat the bait, but when Juan yanks the cage out of the water, the sides close up again, locking the crab in.

It was now time to see this in action. Juan and his partner walk through the waist-high waters and place each pot into spots where they think crabs may be hiding.

About ten or fifteen minutes later, he reels in the first pot.

One in the next.

A baby in the final pot.

This amounted to enough for a small pot of crab soup. Not too terrible for an hour’s work.

After fishing, the team, sufficiently sunburned and hungry at this point, headed back to shore.

Juan led us to La Boquilla Beach for a coconut drink, some Club Colombia beers, and a fish lunch from the morning’s catch.

A larger slice of Cartagena’s 400,000 mainstream visitors, is all that’s missing.