Oscar Murillo | A Very Colombian Pursuit Of Art And Community

Oscar Murillo’s diverse works have been attracting a lot of attention in the contemporary art world. From producing highly sought-after paintings, to creating lively Colombian-inspired events, the London-based artist certainly knows how to put on a show. At the core of Murillo’s practice there also lies a more serious desire to bring together people from different backgrounds, breaking down social and cultural barriers. 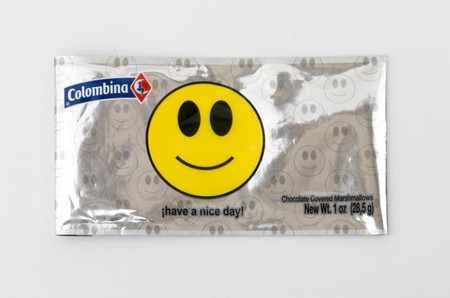 In a relatively short space of time Oscar Murillo has gone from hard-up student to internationally recognised contemporary artist. His paintings command vast sums at auctions and his works are shown globally in major exhibition venues. Prominent galleries represent the artist, including Carlos/Ishikawa and David Zwirner.

Murillo is perhaps best known for his rough-textured, patchwork paintings, upon which he allows dirt to accumulate in his East London studio. An unfinished, experimental quality is part of the appeal of these works, combined with the lack of pristine care normally associated with valuable art works. Yet Murillo is not simply a painter, he is also an event co-ordinator, bringing together different cultures for participatory celebrations and performance-based installations. He commands these exciting projects with appropriate energy for someone born in 1986, whilst simultaneously injecting references to his Colombian roots.

One of Murillo’s most intriguing exhibitions is A Mercantile Novel, at the David Zwirner gallery in New York. It involves the re-creation of a factory production line, making confectionary to give away to visitors. Chocolate-covered marshmallows will be produced on site by one of Colombia’s biggest sweet manufacturers, Colombina. Murillo has close connections with this company, based in his hometown of La Paila, which has employed four generations of his family, including his parents. The artist hopes to highlight the global nature of manufacturing by installing, in a New York gallery, the whole assembly line and workplace signage from Colombia. Tens of thousands of the chocolate treats will be produced and handed out to visitors throughout the course of the exhibition, enacting a form of good will that Murillo wishes to encourage through his work. Moreover, recipients are asked to share the journey of their gifts on social media sites, inspiring interaction amongst strangers in a big city. Murillo also designed the packaging of the goods, featuring a smiley face often seen on New York carrier bags, and the slogan ‘Have a nice day!’ to reinforce this friendliness. 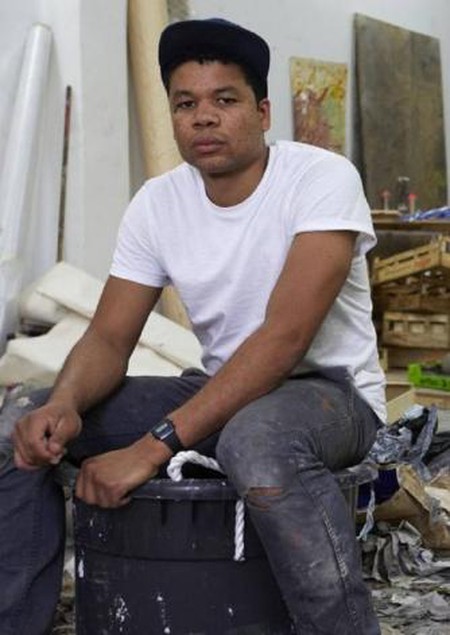 A Mercantile Novel is a perfect example of the way in which Murillo’s installations increasingly push the boundaries of what is classed as visual art. They become social occasions and online events for all to enjoy, aided by the creation of exhibition-tracking websites, like mercantilenovel.com. By broadening and democratising art, Murillo is conveying his most powerful messages concerning social mobility, globalisation and cultural diversity. This can be witnessed in projects like Frequencies, in which Murillo visits schools across the globe, inspiring children to document their creativity on canvases attached to desks. Murillo also reacts to the exclusivity of art establishments by staging events that encourage people from different backgrounds to mix together. In 2012 he co-ordinated a performance and party night in the summer pavilion at London’s Serpentine Gallery. Guests were both spectators and participants in dance competitions and karaoke influenced by Murillo’s Latin American roots. The artist invited Colombian friends, many of them office cleaners, to the event, appropriately titled The Cleaners’ Late Summer Party with COMME des GARÇONS. Murillo extended this generosity by giving away prizes of T-shirts made by COMME des GARÇONS, bought from the proceeds of his advertising campaign for the brand.

Murillo’s working-class, Colombian background is an instinctive source of inspiration for his art. When he was ten years old he moved to London from his hometown of La Paila, giving him first-hand experience of international migration. He had to learn to adjust to a completely different language and way of life, which perhaps taught him fearlessness as an artist. His parents became cleaners in the capital, and whilst studying, Murillo himself used to clean offices, supporting a wife, young daughter, and paying his student fees. After achieving his B.F.A at the University of Westminster in 2007, and his M.F.A from the Royal College of Art in 2012, he continued this strong work ethic with a busy schedule of exhibitions. 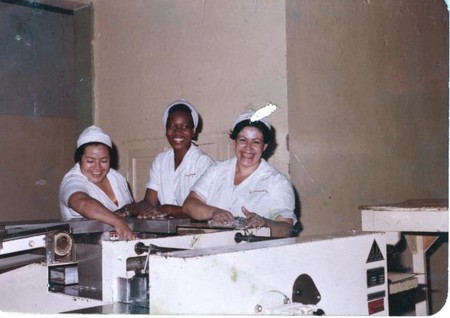 The appeal of Murillo’s paintings lies in their rawness, achieved through stitching together rough sections of canvas and applying dyes and paints using unconventional tools such as broomsticks. The artist also incorporates everyday materials, like food packaging, which remind viewers of his homeland. Lone words, such as ‘milk’ or ‘yoga’, also appear in his paintings, linking them to the events he stages. Moreover, Murillo deliberately allows dust and dirt to collect naturally on the canvases in his messy Dalston studio. He is therefore not attempting to achieve polished works of art, but is instead hoping to reveal the creative process he has used. He often displays unfinished paintings, alongside finished ones, reinforcing this idea; he converts exhibition spaces into replicas of his studio, leaving canvases lying around, and tools strewn across the floor. In a past show at London’s Carlos/Ishikawa gallery he experimented with covering the floor in copper sheets to capture the footprints of exhibition visitors. Sculptures and videos of machines and workers also play a role in his shows. They explore his social messages concerning globalisation, class structure and cultural exchange among different communities.

Murillo’s career may still be young, but he has already been the focus of several solo shows. The South London Gallery staged a major exhibition of his work in 2013, followed by his first solo show in Los Angeles for the inauguration of a new contemporary art space called The Mistake Room. Furthermore, in 2014 his work features in at least six group exhibitions around the world, including the 1st International Biennial of Contemporary Art of Cartagena de Indias (BIACI) in Colombia. This poses the question of how a recent graduate can achieve such global recognition so early on in his career. The answer stems from the buzz surrounding Murillo’s work when he was still in his final year of studies. Buyers were willing to pay decent sums of money for the student’s paintings through speculation that his success would grow in years to come. At this time Murillo was also helping to install shows in East London galleries, where he met art dealers who took an interest in his practice. The artist’s commercial success began when his works started to sell out at international art fairs and attracted attention from individuals like Donald and Mera Rubell, who own a famous art collection based in Miami. The Rubells offered Murillo a summer residency, which led to a large-scale exhibition of his works, giving a further boost to his confidence.

Despite being one of the most sought-after contemporary artists in 2014, Murillo is determined to remain focused on his work. He tries to ignore trends in the art market, where his paintings can sell for more than £200,000 a piece. Such commercial success has led to criticism of the market, where speculators bid high amounts at auction in the hope of a healthy return; it has also contributed to bad press for an artist upon whom expectations run very high. Nevertheless, Murillo’s experience of adapting to different cultures will undoubtedly prove useful in meeting the future demands of the contemporary art world. Moreover, the young artist will benefit from his exhibitions becoming much-anticipated events, where audiences will happily contemplate what he is going to conjure up next.