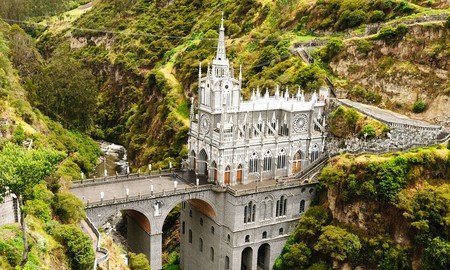 Colombia‘s architecture is a heady mix of historic and modern, and has been heavily influenced by the styles of other countries, most notably Spain and Britain. While the big cities feature some striking buildings, the rural towns have plenty of lesser-known gems, too. Here’s our selection of the most historical landmarks in Colombia – and the stories behind them.

Monserrate is a mountain overlooking the east side of Bogotá, above La Candelaria neighbourhood, which rises to 3,152 metres above sea level. Its beautiful neo-Gothic church (Basílica Santuario del Señor de Monserrate), built between 1650-1657, can be seen for miles around and is considered one of the city’s most treasured landmarks. The mountain was considered a sacred place by the native inhabitants of the city, a people called Muisca. You can reach the top in an hour on foot, or, if you’d rather avoid the steep ascent, you can take the funicular or cable car.

Plaza Bolívar has been Bogotá’s main square since pre-Columbian times, and used to be the site of a public circus and bull market. It’s surrounded by elaborately crafted buildings such as the Primatial Cathedral of Bogotá (destroyed by several earthquakes in previous centuries, and re-constructed between 1807 and 1823 by descendants of Jesuit missionaries), and the Palacio Liévano. These are some of the country’s most iconic landmarks, and a must-visit on any Colombia trip.

The historic centre of Popayán contains some of Colombia’s finest examples of colonial architecture, such as the churches of San Francisco and La Ermita. The city was founded by Sebastian de Belalcázar in 1537, and was once an important stop-off point for travellers and delivery drivers driving between Cartagena and Quito. Aesthetically, it retains many of the same features since that time. It’s also a Unesco-recognised city of gastronomy; head to La Fresa to try the best empanaditas (small, potato-filled empanadas served with spicy peanut sauce).

Las Lajas Sanctuary, Colombia | © Brendan Van Son/Brendan's Adventures
Las Lajas Sanctuary is located on a sacred land with a rich mystical history. In 1574, two women caught in a heavy storm on this spot claimed that they had seen a silhouette shape of the Virgin Mary illuminated by lightning. A shrine was established there in the mid-18thcentury, and the cathedral was built between 1916 and 1949. This Gothic Revival building is 11 meters (330 feet) tall, and is connected to the opposite canyon by a bridge 50 meters (160 feet) long.

Building, Architectural Landmark
Facebook
Email
Twitter
Pinterest
Copy link
Share
Map View
The Edificio Nacional de Correos is located in Neiva, Huila. It was constructed in the 1920s as a homage part the town had played in the conflict with Peru. This Arabic-style building has a horseshoe arch, a dome and a large number of stained-glass windows. It is used as the town’s Tax Collection and Postal Administration building, and was designed by Alberto Wills Ferro with advice from Pablo de La Cruz. 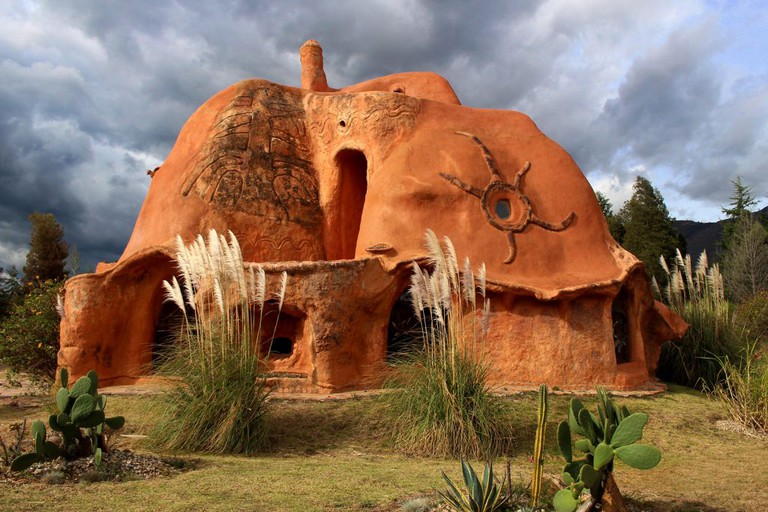 Casa Terracota is a house created by architect and environmentalist Octavio Mendoza. It was crafted from clay hardened in the sunlight and is effectively the biggest piece of pottery in the world. It is open to visitors, and has to be seen to be believed. 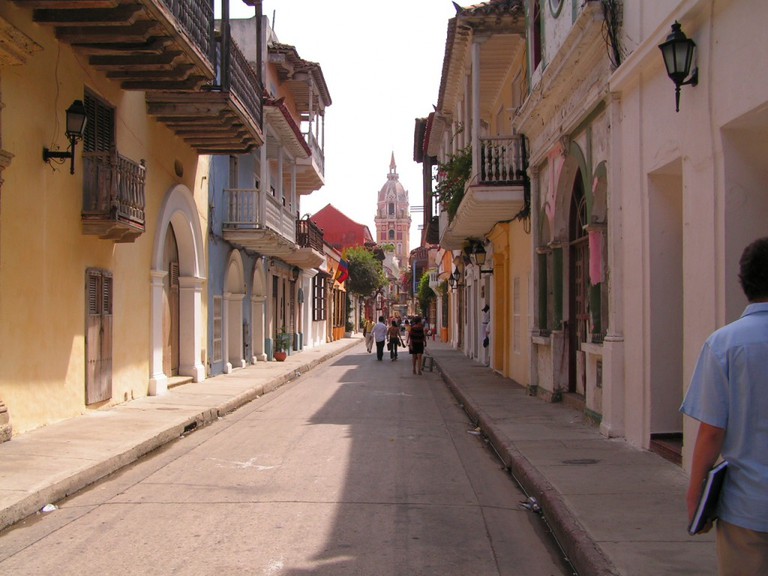 Colonial Streets of Cartagena | © OAGREDOP/Flickr
Cartagena is well known for its outstanding colourful architecture, and one of the old city’s most predominant landmarks is the St Catherine of Alexandria Cathedral. Designed by Simon Gonzales and remodelled by Gaston Lafarge of France between 1577 and 1612, this cathedral has been damaged and repaired a number of times, by pirates, invaders and, most notably, Sir Francis Drake. 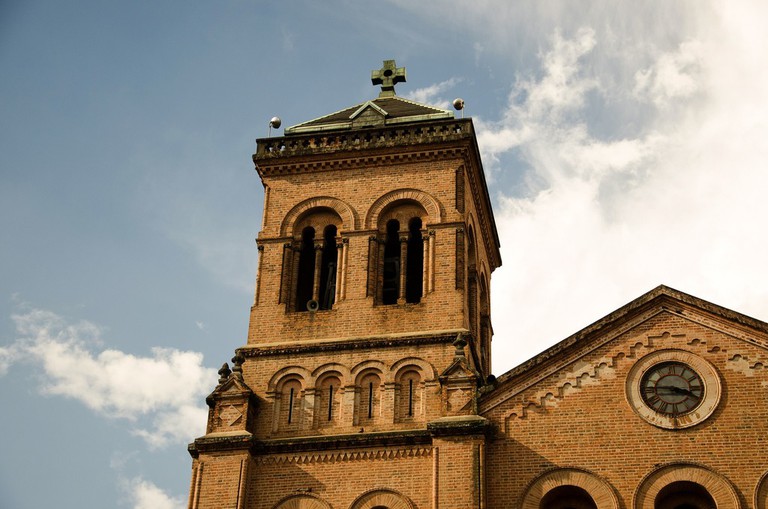 Medellín's cathedral | © USA-Reiseblogger/Pixabay
The Romanesque Metropolitan Cathedral Basilica is Medellin’s most important cathedral. It was designed by French architect Emile Charles Carre and was built using 1,120,000 individual bricks. The cathedral is dedicated to the Virgin Mary and contains over 40 individual pieces of artwork, 15 sculptures and 76 stained-glass windows designed by Giovanni Buscaglione of France.
Give us feedback