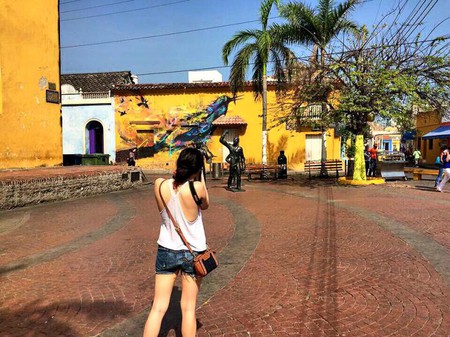 A friend emailed me to ask where she should solo travel. Her requirements were simple: a beach destination with culture that is — above all — safe. My answer? Look no further than Cartagena.

Colombia’s seaside city is a colorful gem that effortlessly merges natural beauty, culture and flavor. While Colombia has had its fair share of negative press, recently the country has risen like a phoenix from the ashes of its violent past. With years of civil unrest behind it, Colombia has become a popular tourist destination for vacationers, particularly solo travelers.

The Old City & San Diego (or La Ciudad Vieja) is the heart and soul of Cartagena. Old Town and San Diego are collectively known as the historic center or walled city, and are home to many of Cartagena’s main attractions and historic sites. The neighborhood was dubbed a UNESCO World Heritage Site and the best way to explore this neighborhood is to simply stroll along the romantic, cobble-stone streets where you will pass centuries-old churches, plazas and fruit vendors. 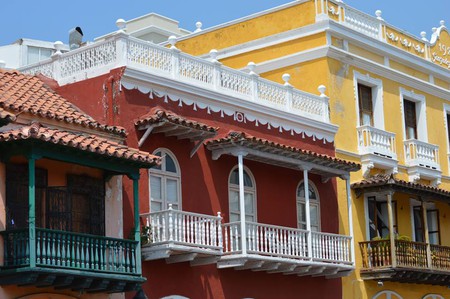 Getsemani is Cartagena’s answer to New York’s SoHo. It’s an artistic neighborhood that is brimming with talent, color and photo opportunities. Hailed as Cartagena’s newest ‘hot spot’, Getsemani is best known for its politically charged street art. In this neighborhood, you will also find some of Cartagena’s best nightlife options including Cafe Havana and Bazurto Social.

This small neighborhood – sandwiched between the Old City and Getsemani – is Cartagena’s business center where you’ll find banks, tourism companies and business offices.

Bocagrande is Cartagena’s equivalent to Miami Beach. This modern, beachfront neighborhood is lined with high-rise resorts, up and coming restaurants, designer boutiques and beach hawkers. Bocagrande is largely a residential area with the beach front and Avenida San Martín catering to wealthy locals and money-spending travelers.

Pie de la Popa was established under the Spanish rule and is one of the oldest areas in Cartagena. Back at the turn of the 20th century, the neighborhood was home to wealthy aristocrats and their impressive mansions. Today, a few of the descendants of those aristocrats still call the area home; although some parts of Pie de la Popa have crumbled to time. 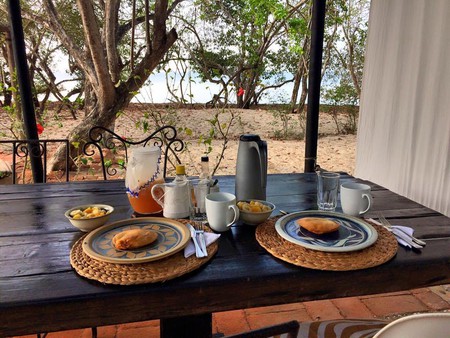 Located in Cartagena’s Old City, Casa San Agustin is a luxurious boutique hotel. According to the site, Casa San Agustin was reimagined to maintain a colonial heritage intact within three beautiful white-washing houses that compose it. Guests will find 20 rooms and 10 suites on the property that are decorated in true Colombian style.

Casa Santa Ana Hotel is a 2 minute walk from Getsemani’s main plaza. The hotel is an affordable, beautiful place to stay with a private rooftop pool, inner courtyard and communal breakfast. Casa Santa Ana is a nice alternative for travelers who want to be close to the action of Getsemani but prefer not to sleep at a hostel.

Where to Eat & Drink

Colombian food is eclectic and varies depending on where you are in the country. In the mainland cities — such as Bogota and Medellin — vegetables are more prominent and meat is used more often. In the coastal cities — like Cartagena — the food pulls from its Caribbean neighbors and includes fruit, fish, plantains and ceviche. 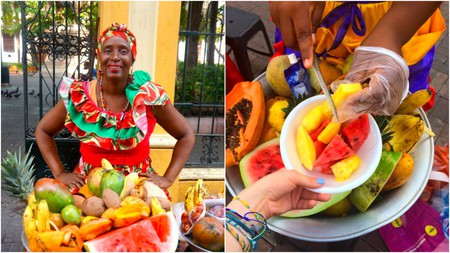 Most Latin American coastal countries have their version of ceviche: fresh chopped seafood dressed with citrus and herbs. In Cartagena, this tiny shoebox draws visitors from around the world—including Anthony Bourdain. With ridiculously fresh fish tossed with intensely bright mandarin orange and lime juices, La Cevicheria serves the best ceviche in town.

Built into the high, fortified walls surrounding the Old City, Café del Mar offers an ideal sunset haven for weary sightseers. Along with clean-flavored mojitos, the café offers some of the best views in the city.

This small café in Cartagena’s Bocagrande neighborhood has plenty of outdoor seating but locals order the fresh arepas, empanadas and pandebono (Colombian cheese bread) to go from the vendor set up by the entrance. It’s perfect for a picnic on the beach, which is only a block away.

White sand beaches, turquoise waters and swaying palm trees; Playa Blanca is the type of beach you expect to find when visiting a Caribbean city. Like stepping into the desktop picture slapped up on a wistful employee’s work computer, Playa Blanca is stunning yet unfortunately overrun by tourism. Located just 45 minutes outside of Cartagena, most people head to Playa Blanca on a pre-packaged day trip that affords them a bumpy boat ride, snorkel trip and only 3 hours on Playa Blanca. 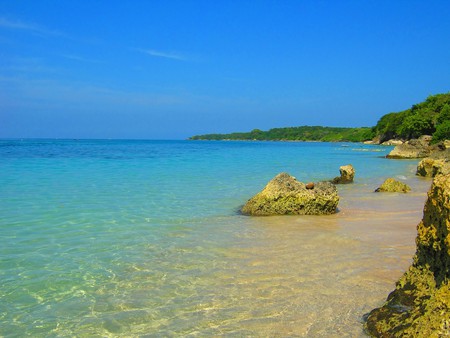 About an hour outside Cartagena is a mud volcano nicknamed El Totumo. Legend has it a local priest would sprinkle holy water in the mouth of the volcano until its fiery lava turned into the pudding-like mud it is today. To call El Totumo a volcano might be playing fast and loose with the word “volcano” since it is more like a giant ant hill with a rickety, wooden ladder winding up the side. Day trips to El Totumo can be booked anywhere (although I recommend booking it at Mama Llena Hostel as this proves the more affordable and convenient option).

Castillo de San Felipe is a UNESCO World Heritage Site and well-preserved fortress standing tall above Cartagena. Built by the Spanish during the colonial era, the castle was constructed as a military base against enemies approaching the city by land or sea. Castillo de San Felipe offers beautiful views of the city as well as a look at the impressive architecture of the Spanish colonials. The fortress is unshaded and high on the Hill of San Lázaro; so it is best to visit the castle either early in the morning or later in the evening to avoid feeling like an egg on a frying pan. 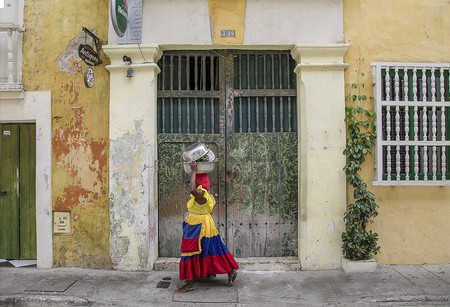 Stroll through the Old City

Cartagena is a U-shape. On one end is Bocagrande, with its modern high rises, chain hotels and Miami-esq vibe; while on the other side is the Old City. The Old City is like stepping into the dreams of Gabriel Garcia Marquez and finding that Spanish colonial beauty lost in time. Roam the Old City and discover artisan shops and restaurants along the way.

Home to a larger than life Botero statue, Plaza Santo Domingo is in Cartagena’s Old City. The plaza is a stellar place to grab dinner, listen to live music and bask in Cartagena’s culture under the shadow of the Botero.

Getting from the airport

When taking a cab in Cartagena always negotiate your cab fare before getting in the cab.

Getting to the Islands

Don’t drink the water and try to avoid salads as the vegetables were most likely washed in tap water. Street food is fine to eat and encouraged as you’ll get the best local flavors when eating from the hands of the locals. In terms of safety, as with everything just be conscientious of your surroundings!