A Literature Lover's Guide to Bogotá 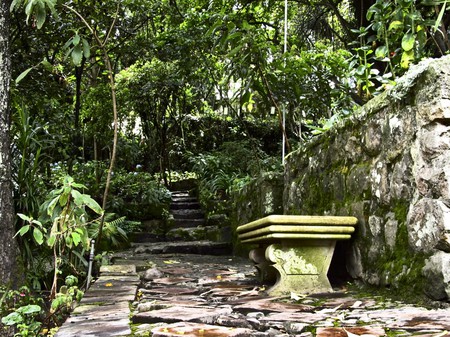 If you’re planning a visit to Bogotá and you’re an avid bookworm, there’s plenty to enjoy in the Colombian capital. While it may not have the literary reputation Cartagena does, Bogotá is certainly replete with interesting literary locations, bookstores, and other attractions that are sure to keep a literature lover happy.

Colloquially known as the “Athens of South America” due to its many museums and bookshops, Bogotá might not seem as inspiring or literary as other Colombian destinations, but the grey skies and high-altitude Andean air of the city have actually inspired many writers and poets over the years. You can pay homage to some of the best with a mini-pilgrimage to the key destinations in the city. 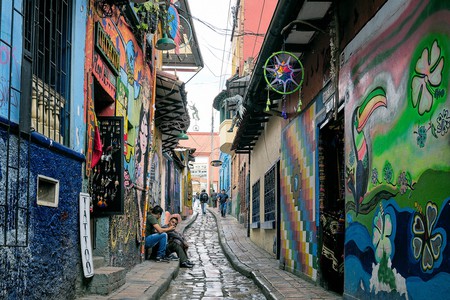 The most important Bogotá literary destinations pertain to the poet José Asunción Silva, a man often considered one of the founders of Spanish-American modernism. His posthumous poem “Nocturno” is often considered his finest work and he is one of Colombia’s most beloved literary figures. The most important destination connected with Silva in Bogotá is the Silva Poetry House. Silva once lived in this simple colonial house in La Candelaria and it has since been converted into a museum with a poetry bookshop; the house itself was declared a National Monument in 1995. For a true literary pilgrimage in Bogotá, you must also visit the Central Cemetery, where you can visit the grave of the tragic Silva who took his own life at age 30.

Within La Candelaria, it is also important to wander the streets of this historical part of Colombia—most novels set in the city feature La Candelaria as the principal location mainly because, until relatively recently, it was the majority of Bogotá. While it is much more modern now than it was when written about by writers like Gabriel García Márquez, parts of La Candelaria have retained their historical feel and it’s easy to imagine how it must have been 50 or more years ago. 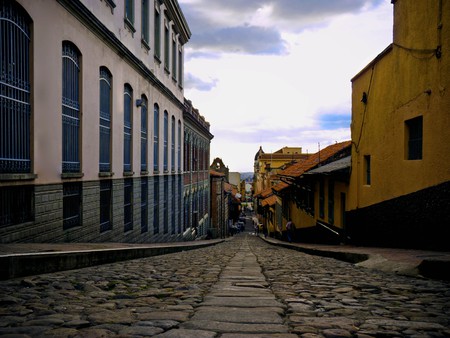 Other essential stops include the iconic Café El Pasaje, also in La Candelaria, a traditional Bogotá cafe where great writers and journalists, including the great García Márquez himself, used to meet for hot coffee on cold Bogotá afternoons. A visit to the Quinta de Bolívar, a splendid colonial mansion between La Candelaria and Monserrate, is also essential and is where Simón Bolívar once lived. This spot features prominently in García Márquez’s great chronicle of the “Liberator”, The General in His Labyrinth. Bolívar lived a life worthy of great fiction, so it’s a must-visit place. 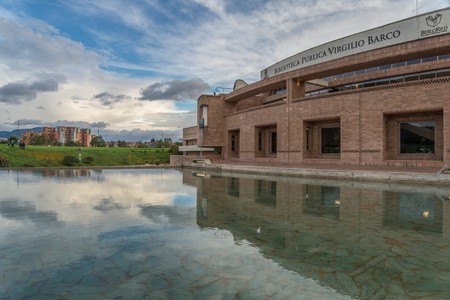 For anyone wishing to shop for some classic Colombian books and works of poetry, there are many bookshops to choose from. The bookstore in the Gabriel García Márquez Cultural Center has some excellent options, while the shop Tornamesa has a good section of English-language books. Other great bookshops include the Librería Nacional, Librería Lerner, Librería Wilborada 1047, and ArteLetra. You can also check out some of the free libraries; the Virgilio Barco Library is especially worth a visit.

True literature lovers will also want to consider making sure that their trip to Bogotá coincides with the annual Feria Internacional del Libro de Bogotá. This book festival—also known as FILBO—takes places every year in late April and early May. The convention center of Corferias becomes the No. 1 literary destination in South America for two weeks, as it is overtaken by booksellers, writers, and readers. You can attend lectures, buy books, and meet authors from all over the world. Along with Cartagena’s Hay Festival, it’s one of the biggest literary events in the country. 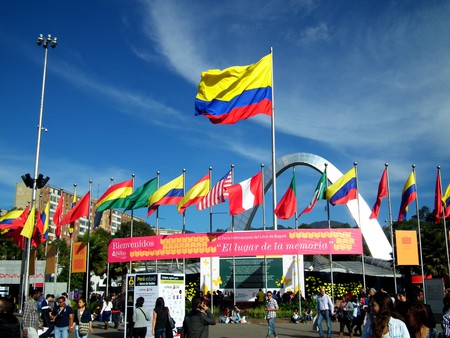