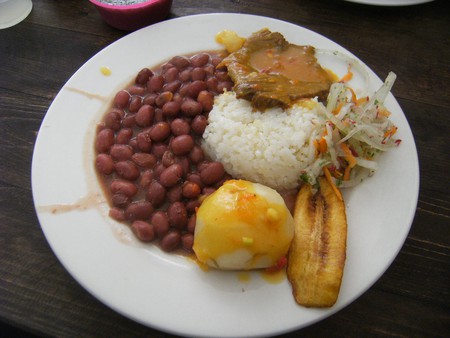 Menu del Día or Menu of the Day is a Spanish cultural lunch time offer of a set menu, at a cheap price. Menu del Día is not only popular in Spain, but Latin America too: many restaurants in Colombia, Peru and Argentina offer Menu del Día or ‘Ejecutivo’ menu (as it’s sometimes referred to in Colombia).

Originally a Spanish tradition and law, created by Spain’s fascist dictator Francisco Franco in 1965, this menu was created to offer an affordable, filling and nutritious lunch option for workers. This fixed price lunch option is very popular in Spain: even though it’s no longer a requirement by law, many Spanish restaurants still offer a one or two choice Menu del Día. It often includes a soup or salad for starters, a main meal, drink and sometimes, a dessert. The aim of this menu is to offer well priced meals for workers while still retaining good quality food. 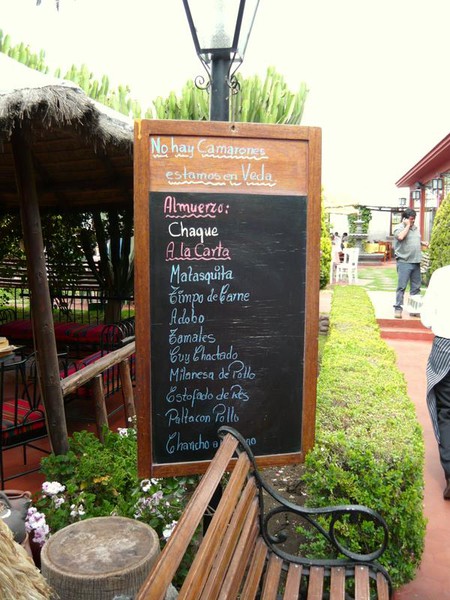 In Colombia, while not as popular as in Spain, many restaurants, specifically in the small towns and villages, offer Menu del Día to give local workers the chance to eat well, to give them energy for the rest of the day. A traditional Colombian Menu del Día is called Corrientazo and includes a soup or side salad, a choice of meat (pork, chicken or beef), white rice, fried potatoes, fried plantain, an arepa and a juice (fruit or lemonade). This lunchtime option is available mostly in small family run restaurants throughout the country and the menu is often displayed outside on a chalkboard. These lunchtime specials can be a cheap but good quality option with prices ranging from 6,000COP to 12,000COP. They are becoming popular throughout the country, with a large number of well established chain restaurants beginning to offer deals to compete with the small local restaurants.

There are a large number of restaurants offering this option throughout the cities. Many of these restaurants are family run and tend not to have websites, so just advertise to passers by; restaurants with Menu del Día can be identified by an advertisement outside, and popular places can be easily spotted as they will be full of locals between 12pm and 2pm. Small towns tend to offer this menu for a cheaper price than in the city districts. 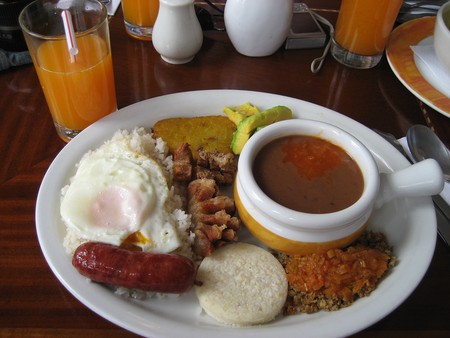 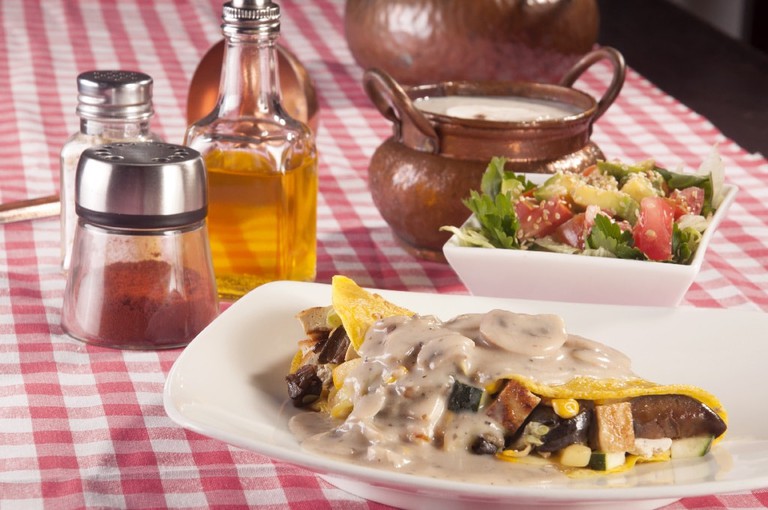