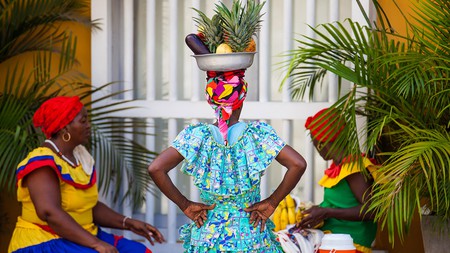 The colorfully dressed Afro-Colombian women selling fruit in the main squares of Cartagena are one of the most memorable sights in the city. Thousands of tourists pose with them for souvenir photos, and the women adorn the covers of many magazines and guidebooks. But few know their history or their village, San Basilio de Palenque, the first free town for enslaved people in the Americas.

San Basilio de Palenque is a small village in the foothills of the Montes de María, a small mountain range to the south of Cartagena. It doesn’t appear in many guidebooks, and few tourists take the time to visit. However, this settlement of some 4,000 people is one of the most important historical villages in the Americas and a Unesco-declared Masterpiece of the Oral and Intangible Heritage of Humanity since 2005. 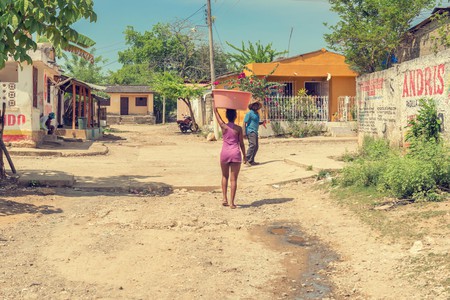 Palenque was founded in the 16th century – the exact date remains unknown – by Benkos Biohó, a former African king from either the Democratic Republic of Congo or Angola, who was sold into slavery and escaped the slave port of Cartagena in 1599. He fled from his captors into the swamps to the south of Cartagena and went on to form an army of people who had escaped slavery, who conquered the area around the Montes de María. 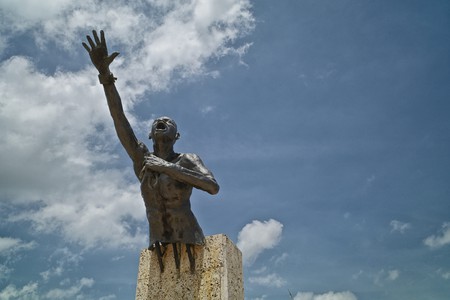 There’s a monument to Benkos Biohó, founder of Palenque, in the main square of the village | © ZUMA Press, Inc. / Alamy Stock Photo

Biohó also created an intelligence network, which helped to facilitate more escapes. Eventually, in 1605, the governor of Cartagena offered Biohó a peace treaty. This was finalized with the inhabitants of Palenque in 1612 before being violated by the Spanish in 1619 when they captured Biohó in Cartagena. He was executed by hanging in 1621 by Governor García Girón on the basis that Biohó’s image was likely to inspire dangerous subversion among the enslaved population. Today, he is immortalized in an evocative statue in the main square of Palenque with his right arm reaching towards Africa, broken chains hanging from his wrists. 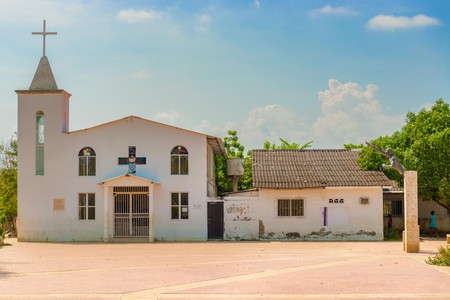 Palenque – which means walled city – grew slowly in the early days, when it was a small group of formerly enslaved people living secretively in the mountains. However, in 1691, the Spanish Crown issued a royal decree officially freeing the Africans in Palenque from slavery. This made them the first free Africans in the Americas and Palenque the first free settlement. 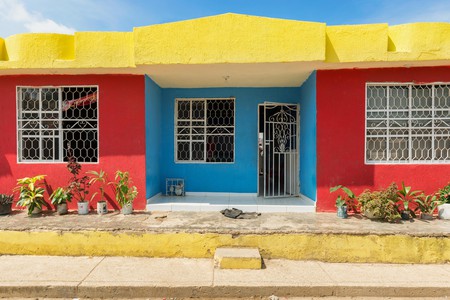 These formerly enslaved people maintained many of their African oral and musical traditions, including the only Spanish-Bantú spoken on earth, known as Palenquero. Influenced by the Kikongo language of Angola and Congo, it is only spoken today by roughly half of the Palenque residents and is recognized as the only Spanish-based Creole language that exists in the world. Palenque’s African-influenced funeral traditions, known as the lumbalú, have also been maintained and studied extensively by historians and anthropologists. 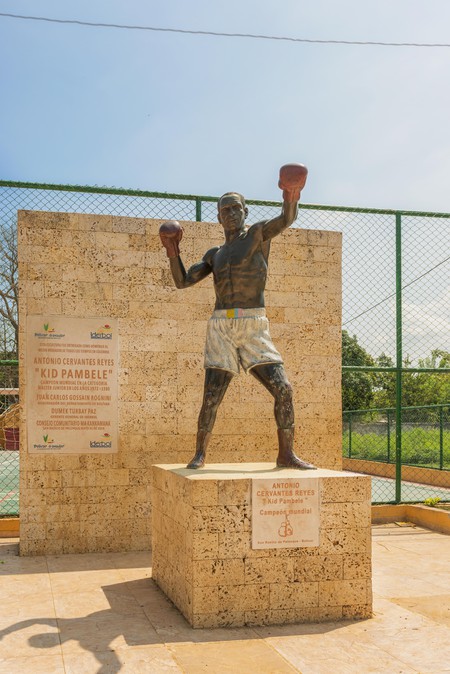 Palenque was the birthplace of Antonio Cervantes, aka Kid Pambelé, a Colombian boxer and trainer | © Marek Poplawski / Alamy Stock Photo

Palenque is also the birthplace of some of the finest Colombian boxers, musicians and actors. Boxer Antonio “Kid Pambelé” Cervantes – a two-time world junior welterweight champion – was born in the village, as was the actor Evaristo Márquez, who appeared alongside Marlon Brando in the movie Burn! (1969). The village is also considered the birthplace of champeta music, which is now popular throughout Colombia and Latin America. Well-known practitioners, including Charles King, Louis Towers and Rafael Cassiani Cassiani, were born in Palenque, as were the members of the popular Colombian rap group, Kombilesa Mi. 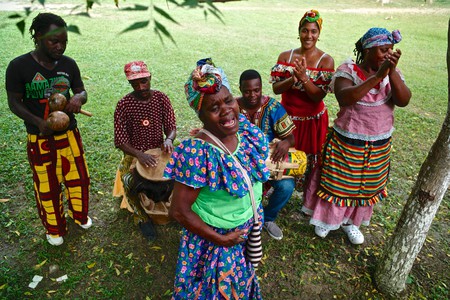 This musical heritage is celebrated annually in Palenque’s most famous festival: the Festival de Tambores y Expresiones Culturales (Festival of Drums and Cultural Expression). Held every year in October, this three-day festival celebrates the unique musical gifts that Palenque has bestowed upon the world. Local and international musicians gather in the town to eat, drink and play live music on the main square. It is one of Colombia’s most important cultural heritage festivals. 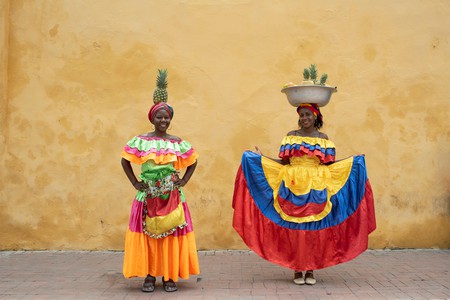 The palenqueras of Cartagena, who appear in so many tourist photos, also come from Palenque. Some still live in the village, just 50mi (80km) from the city, and many have migrated to Cartagena. They sell traditional coconut sweets, the recipe developed over hundreds of years within the community, and pose for pictures in traditional dress. However, many of the tourists smiling in those photos never know the fascinating history of San Basilio de Palenque and its inhabitants, past and present.

Interested in visiting? You can do so in the company of a local insider as part of a small group of culturally curious travelers on Culture Trip’s immersive eight-day Colombian Caribbean adventure.