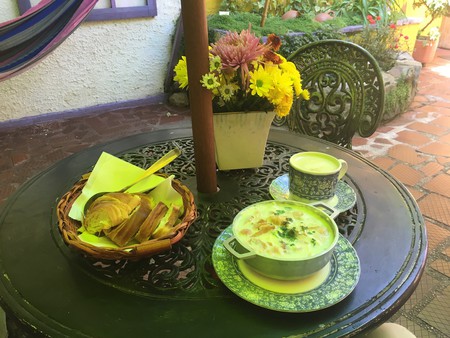 Changua is a traditional Colombian breakfast dish that is still popular in the Central Andean region of Colombia – specifically Boyaca and Bogotá as well as the rest of Cundinamarca. The inhabitants of the colder mountainous regions typically enjoy this healthy and hearty breakfast dish that was traditionally eaten to help them warm up on cool mornings and ensure that they started the day off with a good meal.

This egg-based dish is typically made with boiled water and milk: an egg is cracked into the water and milk (without breaking the yoke), then usually green onions, cilantro and parsley are added to complete the soup. The soup is often served with, and poured over, stale bread or an arepa (either served on the side or in the bowl). Traditionally this was done to make the stale bread more edible through the moisture of the soup. Over time there have been changes in how the the soup has been prepared, the ingredients that have been used and how it has been served. Nowadays butter, potatoes, and garlic or cilantro are often added to enhance the soup’s thickness and taste. 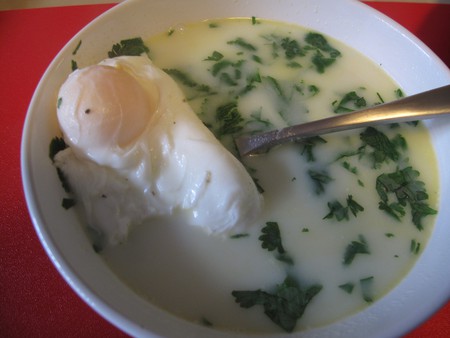 The traditional changua recipe, and individual variations of it, is said to have been passed down by mothers and grandmothers from generation to generation leading back to the Muisca tribe. The Muisca tribe, or Chibcha, is an indigenous community who predominantly lived in the central Andean highlands of Colombia; they lived with the mountains and prepared the majority of their food from scratch. The Muisca tribe was one of the four main advanced tribes in the Americas in addition to the Aztecs (Mexico), Mayas (Central America), and the Incas (Peru). In 2005 there were still 14,000 Muisca people living in Colombia, and their traditons and cultures live on today. They are also said to be behind the famous Colombian tale of El Dorado. 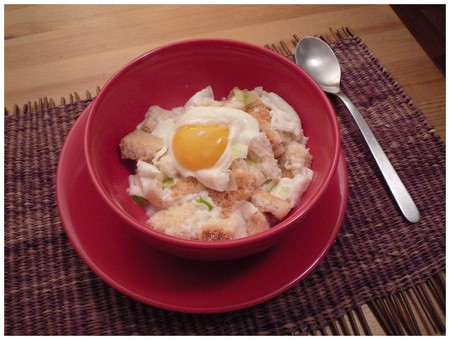 Today changua is a popular dish and a large number of restaurants in the capital and Andean mountain areas prepare and serve it. While the preparation methods and ingredients have differed slightly, the main idea is still the same as it was hundreds of years ago (the region is still home to a large number of dairy farmers and traditional villages).

The soup is a chosen breakfast for many families, especially on weekends and holidays; families often choose to eat the dish together around the table as a special meal. Changua is also often eaten by individuals on a Saturday or Sunday morning after a heavy night out as a hangover food to soothe the stomach and alleviate the symptoms.