A Brief History of Bogotá's Monserrate

Located 10,341 feet (3,152 meters) above sea level, just east of Colombia’s capital city Bogotá, lies the holy mountain of Monserrate, one of the city’s major tourist attractions. The Monserrate dominates the city: it can be seen from miles around, and from the top you can take in the enormity of Bogotá and its 10 million inhabitants. Discover the history of this sacred mountain.

A Place of Pilgrimage

While today the Monserrate is a tourist attraction, it is also still predominantly a religious and sacred place, with many people visiting the cathedral to offer their prayers to El Señor Caído (the Fallen Lord). Pilgrims and nature lovers today climb the mountain to seek peace or to offer sacrifices. Many people climb up the mountain on Sunday mornings on their knees, barefoot or blindfolded, to proclaim their faith and pray for the healing of loved ones, and at the top of the mountain is a rock bearing messages of gratitude. 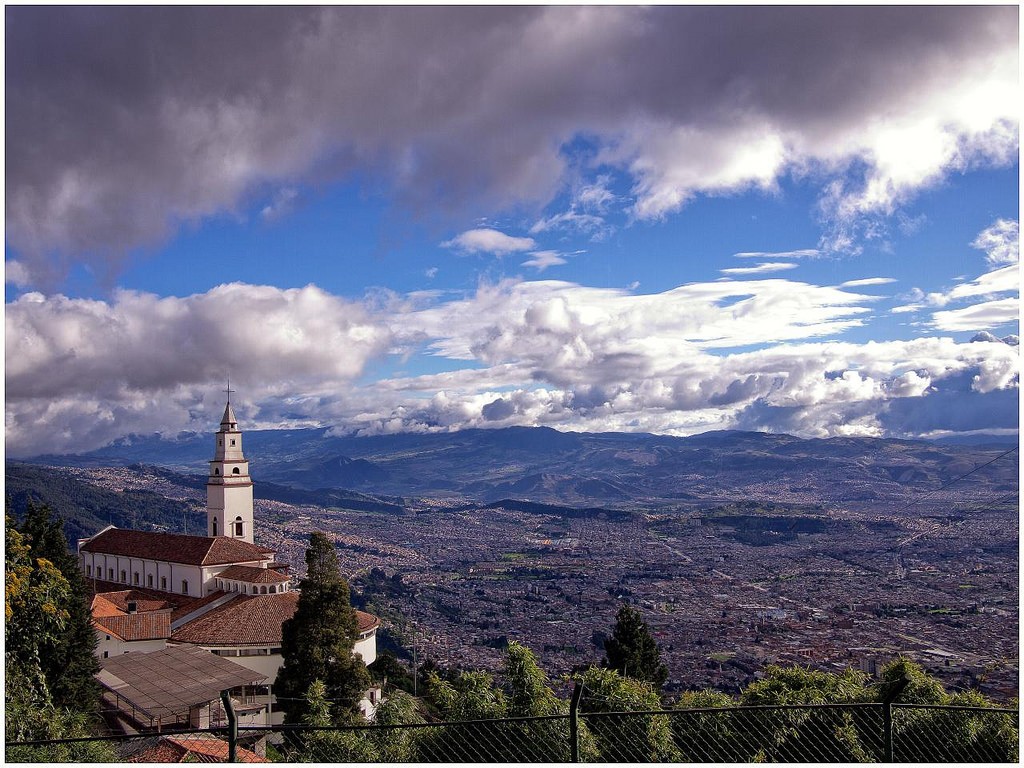 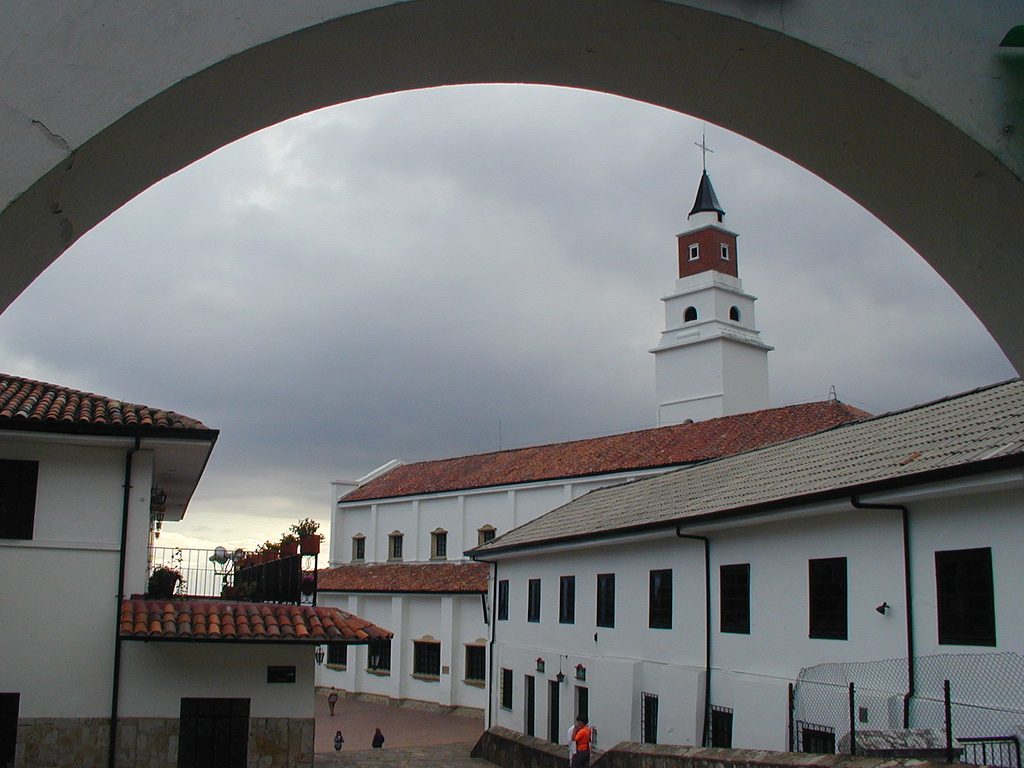 The Monserrate’s story dates back to Pre-Colombian times, when the city was inhabited by the Chibcha-speaking Muisca people, who believed deeply in astronomy and worshipped the solar god of Sué. The Muisca discovered that at the June solstice, the sun rises directly behind the Monserrate: from then on they believed that the mountain was a sacred place, and built a temple there.

When the Spanish invaded, they replaced all the city’s Muisca temples with Catholic buildings, including the one at the top of the Monserrate. In the 1620s the Cofradia de la Vera Cruz (Brotherhood of Vera Cruz) used the Monserrate for religious celebrations; others began to follow them, and soon many residents were climbing the mountain to show their religious devotion. 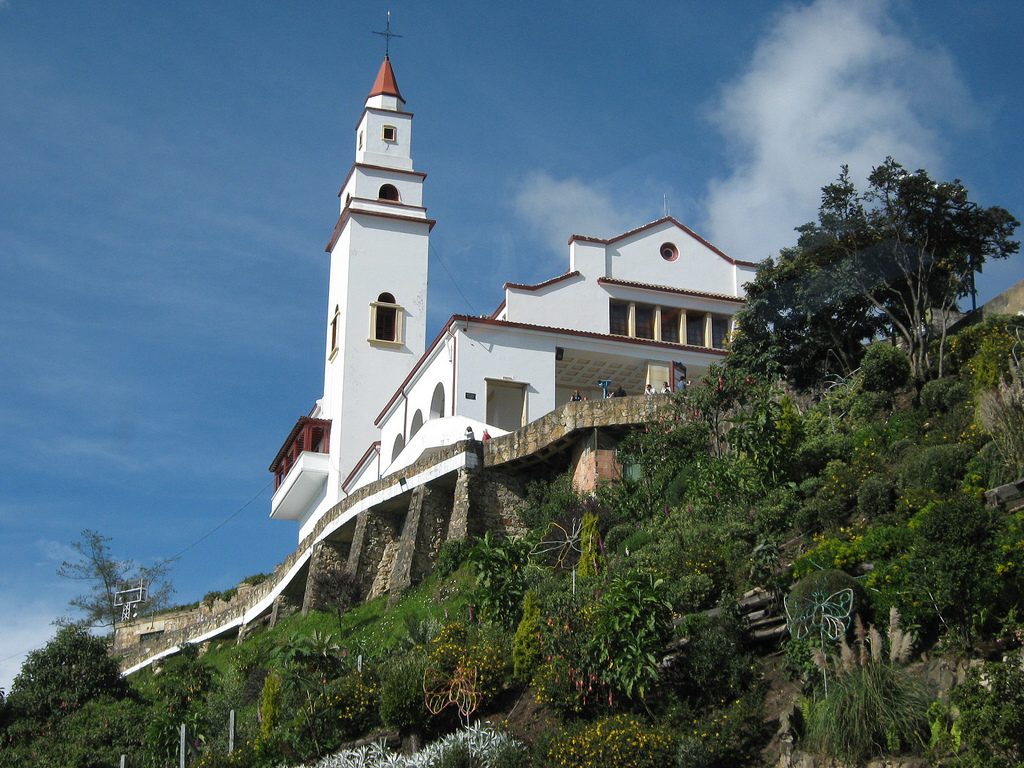 In 1650, four men met with the Archbishop and Juna de Borja, with the aim of securing and building a permanent religious retreat at the top of the mountain. They got the permits they required and building work began. The religious sanctuary was built in honour of the statue of Our Lady of Montserrat at the Santa Maria de Montserrat monastery in Catalonia, Spain, and this is where the name ‘Montserrat’ came from. In 1656, Father Rojas was assigned to guard the sanctuary and was commissioned to carving a crucifix and statue of Jesus Christ El Señor Caído. Over the years, more and more people visited the cathedral to visit El Señor Caído instead of Our Lady, so in the 19th century she was removed and El Señor Caído took her place.

Today the mountain can be accessed by cable car, or by a train system that takes its many visitors from Bogotá’s La Candelaria neighbourhood high into the mountains. The brave and fit can also walk up the mountain. At the top there is a beautifully constructed cathedral, restaurants, a cafeteria, shops, a market and tourist facilities. The mountain is open from dawn to dusk and is a great place to watch the sunrise or sunset over the city.

View of Bogotá from the Monserrate | © Torrenegra/Flickr