Colombia is home to the highest rate of species by area unit in the world. In fact, the country is home to a jaw-dropping 10% of all the world’s species, so there are no shortage of amazing animals to be seen on a trip to Colombia, Some, though, are especially unique and strange, so read on to discover nine of Colombia’s most surreal animals (you won’t believe some of them actually exist!).

Surely one of the world’s most surreal animals, the Giant Anteater can measure up to 7 ft (2.1 metre) from nose to nail, and both of those body parts are equally bizarre: from the long, thin nose to the huge, bushy tail, a Giant Anteater is just about the oddest looking animal you are ever likely to see (especially if you spot a mother with a tiny baby clinging on to her back!). Luckily, you can pretty easily spot one of these bizarre and beautiful animals on a trip to the Eastern Plains of Colombia between December and March. 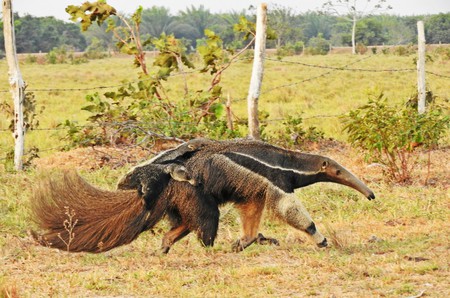 Another member of the anteater family, the Tamandua is much smaller than the Giant Anteater and is semi-arboreal, but that doesn’t make them any more weird and unusual! With strong, partially prehensile tails, and a long snout, they also possess strong claws designed for clawing at termite nests. The Tamandua also has an endearing habit of standing on its hind legs and spreading its arms in a “come at me!” gesture when threatened.

The only bird in the world with a beak longer than its body, the Sword-billed Hummingbird couldn’t have a much more appropriate name. Their long, bizarre beak curves slightly upward and is designed for feeding at hanging, pendulous flowers, but this amazing evolutionary adaptation doesn’t make seeing one for the first time any less odd! 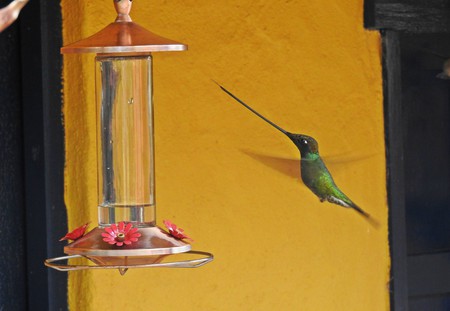 South America’s only species of bear is an unusual species, to say the least. With its shaggy black mane and unique spectacled eye rings, it certainly doesn’t look like any bear you’ll have seen before, and it doesn’t act much like one either. Spectacled Bears are primarily vegetarians, usually feeding on the leaves of bromeliad plants in high-altitude moors and cloud forests.

There are two species of cock-of-the-rock birds in Colombia: the Andean and Guianan cock-of-the-rock. These bizarre and beautiful birds are both bright red and orange, and the males have an odd habit of gathering together to dance and make noise in a behaviour known as ‘lekking.’ A cock-of-the-rock lek, with all the flashes of colour and strange noises, is one of the most surreal natural experiences you can have in Colombia. 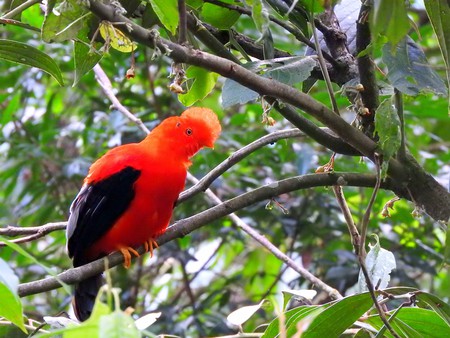 There’s no natural experience in Colombia quite like being aboard a canoe contemplating the muted greys and greens of the vast Amazon rivers and jungles of southern Colombia when suddenly you hear a splashing noise and see a bright pink fin slice through the water! Not all Amazon River Dolphins have the same colouration, but young and old ones can be a shocking shade of pink which can feel extremely anachronistic in the depths of the jungle!

The second largest freshwater fish in the world makes its home in the murky rivers of the Colombian Amazon, and is a strange beast, to say the least! Like something straight out of a mythological tale, the pirarucu – also known as the arapaima – is possessed of giant scales which are like armour plating when the fish is fully grown. They are hard to see in the wild, but you can see the surreal fish in the aquarium at Medellin’s Parque Explora. 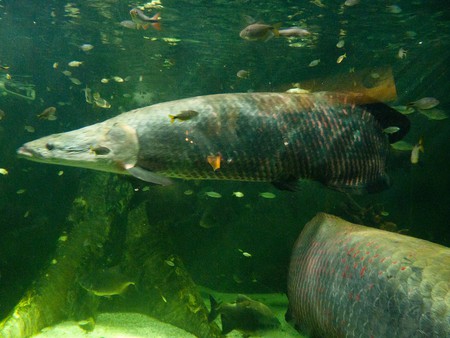 With a scientific name of Diaethria phlogea, this little butterfly might not seem that unique when it comes fluttering by with its bluish, iridescent wings, but wait until it closes those wings: the patterns on the outside of this butterfly’s wings form a pattern which, depending on which side you view it from, looks exactly like the numbers 89 or 98! 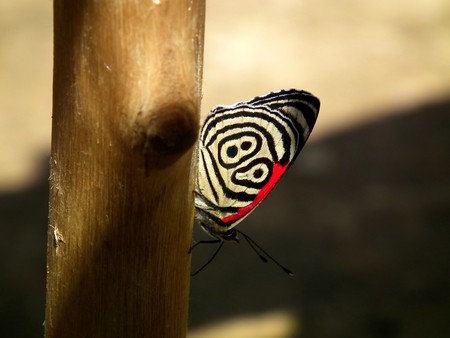 The most poisonous frog in the world lives in the humid coastal Pacific rainforests of southern Colombia: the Phyllobates terribilis, or Golden Poison Frog. It might seem like a fairly tame frog, especially compared to the other, more brightly coloured poison dart frog species found in Colombia, but this little beauty could quite easily produce enough toxins to kill 10 to 20 humans (they contain around one milligram of poison per frog, meaning they could kill roughly 15,000 humans per gram!).