7 Musicians You Need to Know from Medellin 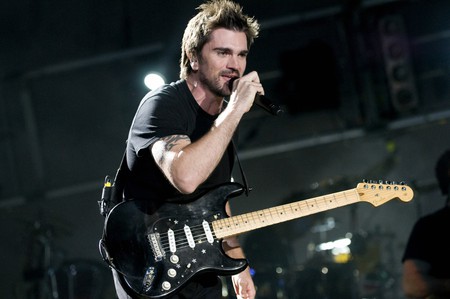 Medellin doesn’t get the same attention as Bogota, Cartagena, or Barranquilla when it comes to music, but Colombia’s second city has so much more to offer on the music front than many people realize. From Colombian rock, pop, and metal legends, to contemporary techno DJs, here are seven amazing musicians that you need to know from Medellin.

Juanes is easily the most internationally recognized musical artist to come out of Medellin (although he was technically born in the small town of Carolina del Príncipe about 100 kilometers from the city, he is known as a Medellin artist). With more than 15 million records sold worldwide—including such instantly recognizable hits as La Camisa Negra and Me Enamora—and multiple Grammy and Latin Grammy wins, Juanes’ Latin rock tunes are some of Colombia’s most popular.

One of Colombia’s most popular rock bands was formed in Medellin in 1987: the aforementioned Juanes was one of Ekhymosis’ founder members, and the band took their inspiration from ’80s metal bands such as Metallica. The band have nine records to their name, including an album released in 2016 after they reunited in 2012.

Although made up of a group of musicians largely from the Pacific region of Colombia, Explosión Negra came together in Medellin back in 2001 to make a joyous mixture of traditional Colombian genres like chirimia, currulao and porro, which they effortlessly combine with hip-hop and dancehall. The result is a truly global style of music, perfect for the dancefloor.

The all-conquering king of Colombian reggaeton was born in Medellin in 1985 and has gone from strength to strength over the course of his 32 years. He has worked with major artists like Major Lazer, Pharrell Williams, Pitbull, and Sean Paul, and his recent single Mi Gente looks poised to be the next Despacito if the current fashion for reggaeton continues apace.

Lucas Arnau is one of the most popular Colombian singer-songwriters, known for his Latin-pop tunes and two smash-hit albums, Buen Camino, and Teatro. He was born in Medellin in 1979, but didn’t rise to prominence until his first album was released in 2004. He has been nominated for two Latin Grammys and was awarded Shock Magazine’s Best Colombian Pop Artist in 2007.

Medellin has produced some of Colombia’s most enduring rock and metal bands, and Kraken is arguably the most important and influential of the lot. Founded in Medellin back in 1983, the distinctive vocals of their original lead singer Elkin Ramírez—who tragically died of brain cancer in 2017—gave them their edge, and their main influence was Led Zeppelin. Kraken continues to make music with a new lineup, and can still be seen touring regularly.

Dany F is the new face of the modern Medellin electronic music movement. Still in his early 20s, the young DJ and producer has released more than 10 EPs and LPs of his distinctive brand of tropical house music, mixed with touches of champeta, acid house, and various other Latin American genres. His live sets are fun, pulsating affairs, and his Boiler Room set is well-worth checking out if you’re a fan of electronic music.