7 Films and TV Shows to See Before Visiting Medellin, Colombia 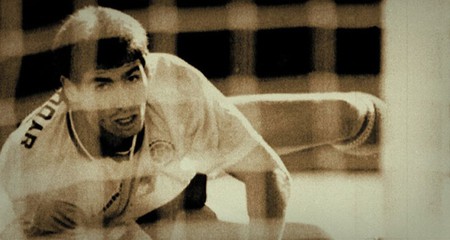 The Two Escobars | Courtesy of All Rise Films & ESPN Films

Medellin has a complex history marked by violence, infamy and, ultimately, redemption – the story of the city is fascinating and well worth discovering before paying a visit yourself. Here’s a varied selection of amazing films and TV shows to check out before you visit Medellin (and none of them is Narcos!).

Victor Gaviria’s 1990 release Rodrigo D: No Future is a Cannes Film Festival nominee dealing with the day-to-day lives of a group of bored young friends living in a poor Medellin neighborhood. The central character is Rodrigo, who nurses a burning desire to form a punk band, but whose ambitions are continually hampered by the grinding reality of his poor and precarious situation. As is often the case with a Gaviria film, many of the actors in Rodrigo D: No Future are regular young people from Medellin.

Our Lady of the Assassins (La Virgen de los Sicarios)

Adapted from the iconic 1994 semi-autobiographical novel of the same name by Fernando Vallejo, La Virgen de los Sicarios is about a Colombian author – strongly based on Vallejo himself – who returns to his home city of Medellin in his fifties, only to find the city he knew trapped in a vicious cycle of violence and murder. The author begins a relationship with a young male sicario – or hitman – named Alexis and, when Alexis is killed himself, inadvertently falls for his killer, Wilmar. La Virgen de los Sicarios is a chilling portrait of a city in turmoil.

Another film by Victor Gaviria, this 1998 production also utilizes real street kids from Medellin to tell the story of a young girl who sells flowers at local Medellin discos to make ends meet, soon joined by her 10-year-old sister who is fleeing their abusive parents. A harsh and unrelenting look at the almost unbelievable realities of street children in Medellin, The Rose Seller is another film that shows the cruel reality of Medellin’s history but is a beautifully shot and wonderfully acted piece of work.

A movie heavily inspired by Gaviria’s Rodrigo D, Los Nadie follows five friends in Medellin struggling to make ends meet while living on the fringes of the city. Punk music and street art are their outlets and, like the titular protagonist of Gaviria’s film, their means of imagining a different, and better, life for themselves.

A 2005 Colombian film based on the novel of the same name by Jorge Franco, Rosario Tijeras is one of the highest grossing films in Colombian movie history. The film follows the life of the titular Rosario, a young, damaged woman involved in the sicario subculture of assassins during the late 1980s and ’90s. Told in the form of flashback by Antonio, a young man from the Medellin upper classes who gets involved with Rosario, the film has since spawned a 60-episode TV series.

Forget Narcos, this is the Pablo Escobar series to watch to get a true sense of his legacy of violence in Medellin – with well over 100 episodes produced, El Patron del Mal offers a much more detailed and nuanced portrait of Medellin’s most infamous criminal. Plus, the actor who portrays Escobar – Andrés Parra – unlike in Narcos, actually comes from Colombia, so his accent doesn’t jar quite so much! As with the more famous Netflix show, the ‘history’ portrayed in this series is still to be taken with a pinch of salt, but it’s worth a watch for sure.

A fascinating documentary dealing with Pablo Escobar and his (almost) namesake Andres Escobar, the Colombian footballer tragically gunned down in the streets of Medellin after scoring a crucial own-goal during a group stage match at the USA ’94 World Cup. The Two Escobars paints a tragic yet elegant portrait of the shocking intersection between crime and sport in Colombia and offers a fascinating glimpse at a country, and a city, teetering on the edge of chaos.