7 Artists From Cartagena You Should Know 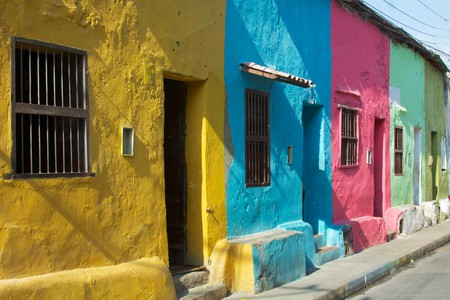 The beautiful city of Cartagena is a true artist’s city: the diverse culture, stunning colonial streets and pastel-colored walls are the stuff of artistic dreams for painters and photographers. Here are seven particularly special and talented artists from Cartagena you should know about.

One of the artists most closely linked to Cartagena wasn’t actually born in the city or even the country. Alejandro Obregón was born in Barcelona in 1920, but lived and worked in Cartagena for the final 22 years of his life until his death in 1992. He was a skilled painter, muralist and sculptor, but during his time in Cartagena, the artist focused on painting beautiful landscapes of the city and its buildings. He was particularly taken with Colombia’s diverse flora and fauna, much of his work depicting the birds and animals of the country. Obregón may not have been born in Cartagena, but the city has adopted him as one of its own.

This one it's from #AlejandroObregón paintings of "amanecer en los Andes" 1959. I really love that serie cause it remembers me an #AdrianGhenie painting but from almost 50 years ago.

Arnulfo Luna was born and raised in Cartagena and is one of Colombia’s most celebrated and internationally-recognized artists. He has been painting for over 50 years, known for his remarkably hyper-realistic style of painting – his scenes of women, street life and trucks are so amazingly detailed and well-observed that people often confuse them for photographs! Many of his most famous works can be seen at the Cartagena Museum of Modern Art.

Karol Salazar, also known as ‘Roll,’ is a contemporary Colombian artist known for her work with mixed media, and her vibrant canvases. Her art is distinctly colorful and diverse, which has rewarded her with a number of national and international prizes and exhibitions.

Another iconic Cartagena artist not originally from the city, Grau was born in Panama City to Colombian parents in 1920 but was raised in Cartagena from a young age. He studied art in the United States and Italy but then moved back to Cartagena where he became an incredibly well-known and respected artist. His inextricable connection to Cartagena was sealed when he donated over 1,300 works of art – some by him and some by other artists – to the city. This collection became the basis of the city’s Museum of Modern Art, and many of Grau’s works can still be seen there today.

Another contemporary, Cartagena-born artist, Diana Herrera’s paintings combine her love of travel with life in her Caribbean hometown. She has also become recognized for the use of less-than-traditional materials with which to create her impressive canvases, conventional materials such as acrylic paints often being combined with more unusual products such as coffee!

Born in 1957 in the poor Cartagena neighborhood of Escallón Villa, Alfredo Piñeres Herrera went on to become one of Colombia’s most celebrated artists. Having started his career at a very young age, he has created over 1,300 canvases and continues to depict Cartagena in his unique way. His realist style depicts ‘the other Cartagena,’ far from the picture-perfect tourist destinations, and more closely rooted in the working-class neighborhoods in which he was raised, and where he once sold bird cages in street markets. His rise from street-vendor to an internationally-exhibited artist is testament to his raw talent. 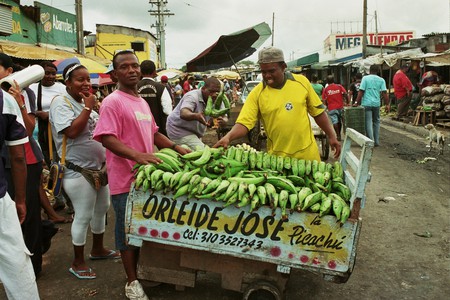 Born in Cartagena in 1936, Alfredo Guerrero lived and worked in his native city, as well as Bogota, Florence and Madrid. He was also one of the founding alumni of the Escuela de Bellas Artes in Cartagena. He has won various national and international prizes during his lifetime and was also a prolific filmmaker, with around 10 films to his name as well as multiple collections of art.

Alfredo Tomás Tatis Benzo was born in Cartagena in 1952, although he left aged just 15 to study sculpture in Medellin. However, he returned to his birthplace shortly after, where he enrolled in the Escuela de Bellas Artes to study plastics and sculpture. He became a prolific painter and sculptor, combining his twin passions with a talent for architecture too.